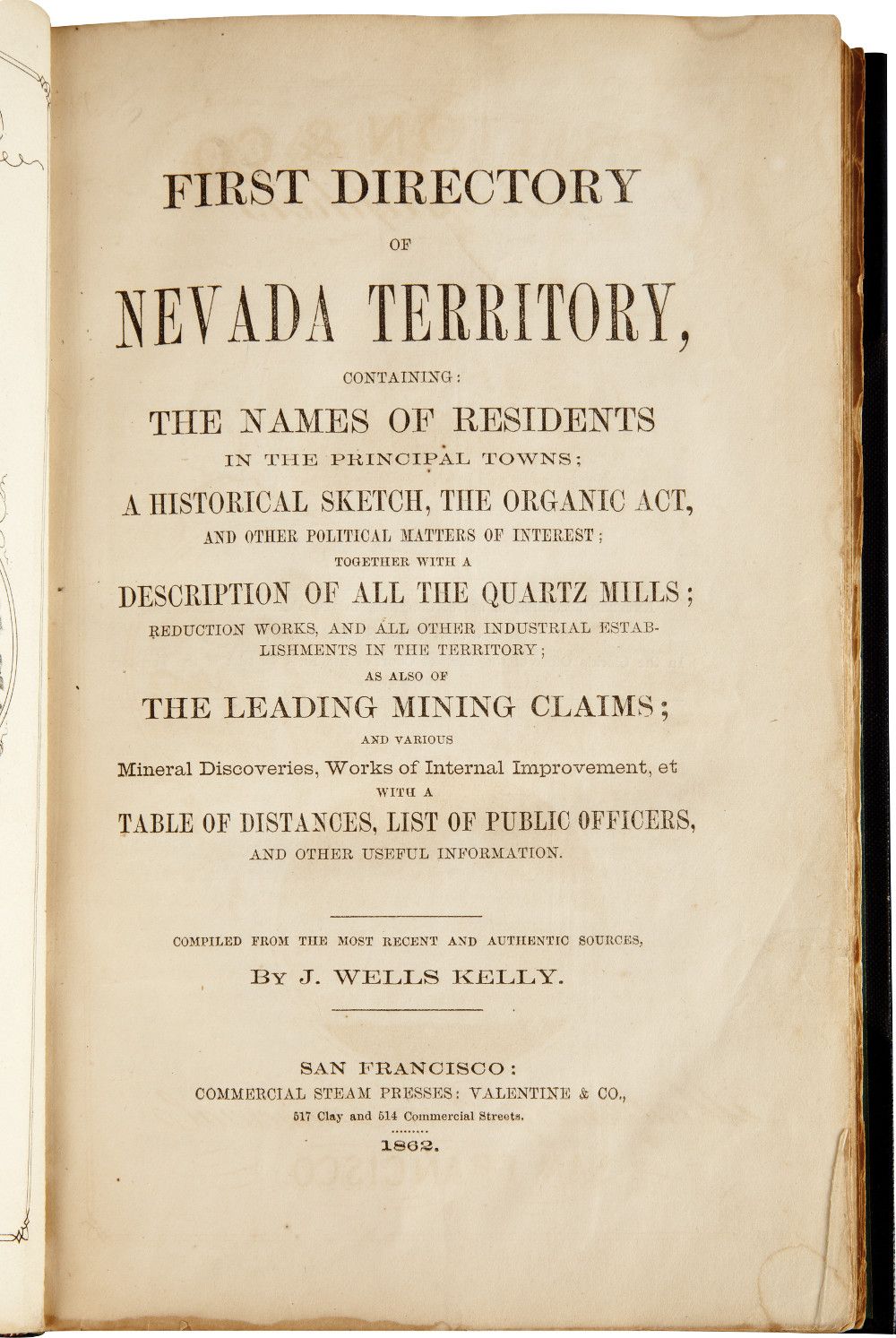 On August 14, 1861, after a twenty-day stagecoach journey across the Great Plains and over the Rocky mountains, a 25 year-old Mississippi riverboat pilot fleeing, mostly, the Civil War, arrived in Carson City, Nevada - population 2000, give or take the gunplay - to be the Assistant Secretary of the Territory. With him was his older brother, the Secretary of the Territory: neither had been there before. Met by a handful of town worthies, a shootout, and a windstorm, they then preceded, nearly native, to settle peaceably into a boardinghouse where the walls were made from, and sometimes of, flour stacks. Samuel Langhorne Clemens had, that day, come West. Within a year, he would act just nominally enough as “Assistant Secretary Nevada Territory” to be listed as such in the First Directory of Nevada Territory; seek a fortune mining, mostly by way of speculation; and end up broke in Virginia City, there to work the newsbeat of the Territorial Enterprise and so become, soon enough, a writer named Mark Twain.
This rare, early Directory, in which both Clemens and his brother Orion are listed, records for posterity those two months - beginning October 1, 1861 - when "Samuel Clemens" worked as a dollar-a-day clerk for his brother, during the long opening session of the Nevada Territorial Legislature. Sam found the entire business both amusing and repellent - and thought, typically, his hapless brother, though acting Governor, hadn't "business talent enough to carry on a peanut stand."

Soon Sam was gone, adventuring - and on his way, a bit circuitously, to a fabled career;  Orion,  however, lost his job once Nevada Territory became a state in 1864, and muddled along, barely, until leaving for the East in 1866.
[SAMUEL L. CLEMENS] J. Wells Kelly, First Directory of Nevada Territory (San Francisco: Commercial Steam Presses: Valentine & Co, 1862). Bound, one-quarter morocco with five raised bands and gilt spine title. Rare.
Read More THE NAMES OF RESIDENTS
IN THE PRINCIPAL TOWNS ;

A HISTORICAL SKETCH, THE ORGANIC ACT,
AND OTHER POLITICAL MATTERS OF INTEREST ;
TOGETHER WITH A
DESCRIPTION OF ALL THE QUARTZ MILLS ;
REDUCTION WORKS, AND ALL OTHER INDUSTRIAL ESTAB-
LISHMENTS IN THE TERRITORY ;

AS ALSO OF
THE LEADING MINING CLAIMS ;
AND VARIOUS
Mineral Discoveries, Works of Internal Improvement, et

WITH A
TABLE OF DISTANCES, LIST OF PUBLIC OFFICERS,
AND OTHER USEFUL INFORMATION. 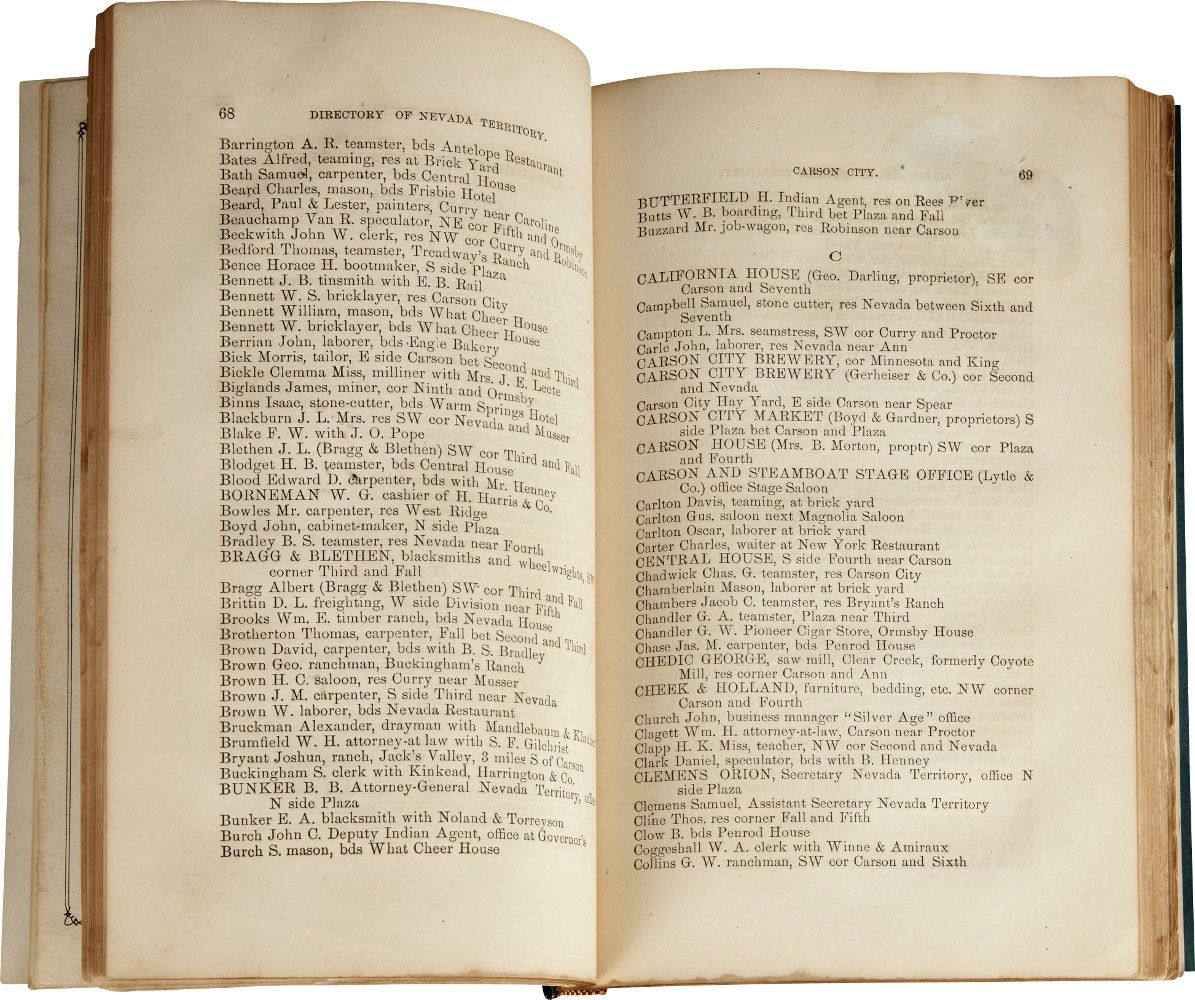 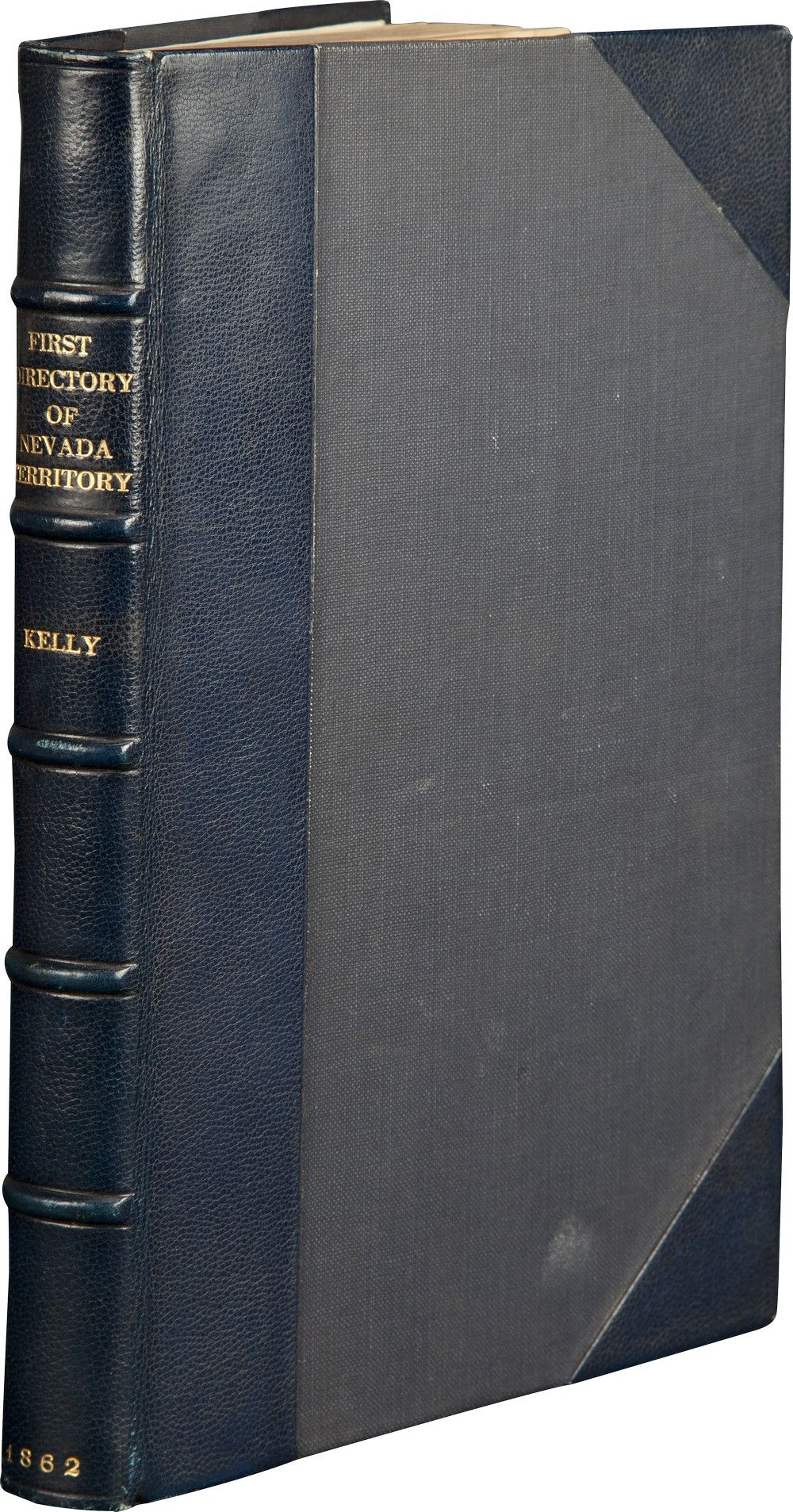 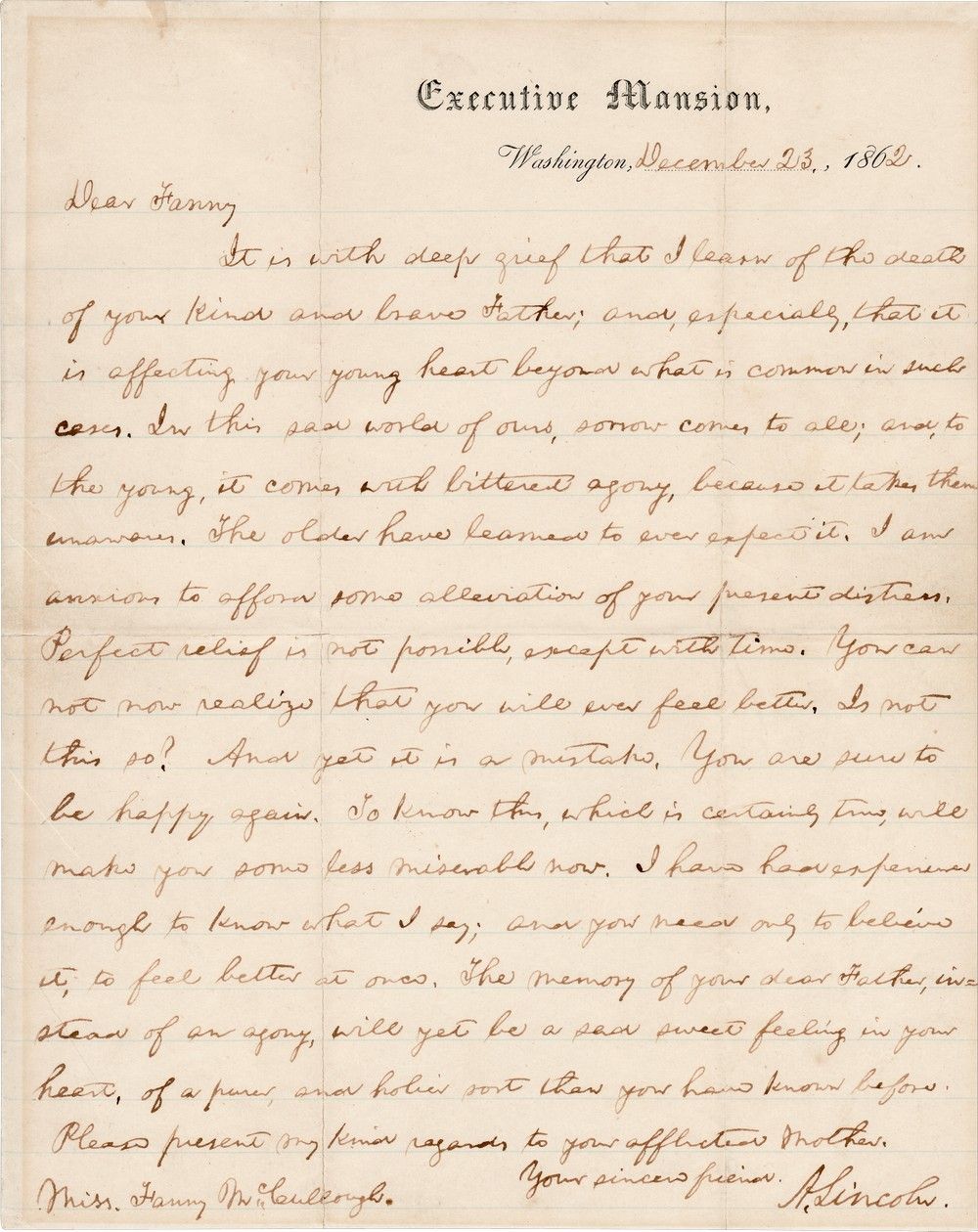 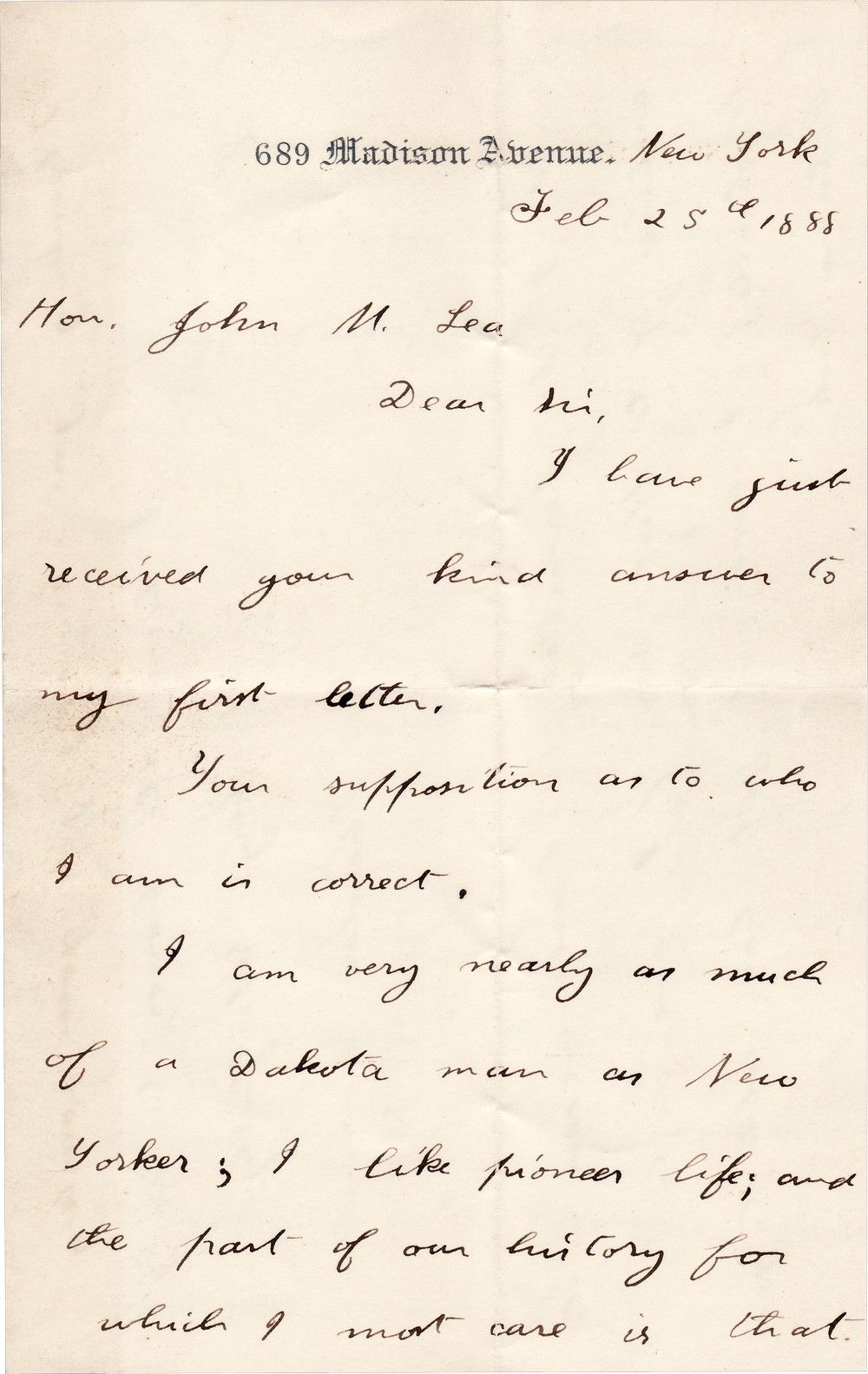 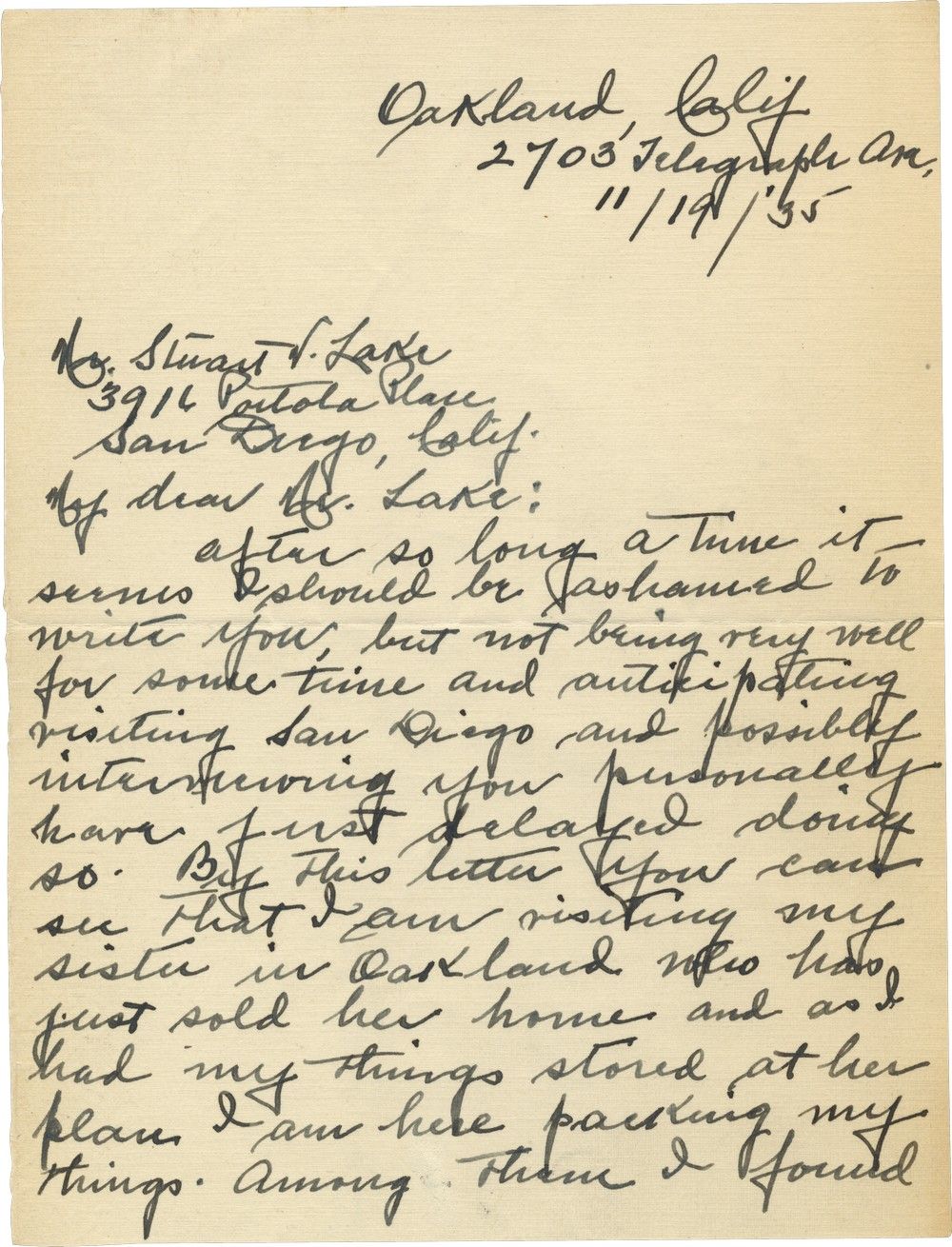