A Rare 1879 Reprint of "Innocents Abroad" Inscribed by Twain to His Wife "With the Love of S.L. Clemens"

"I saw her first in the form of an ivory miniature in her brother Charley's stateroom in the steamer "Quaker City," in the Bay of Smyrna, in the summer of 1867, when she was in her twenty-second year. I saw her in the flesh for the first time in New York in the following December. She was slender and beautiful and girlish—and she was both girl and woman. She remained both girl and woman to the last day of her life. Under a grave] and gentle exterior burned inextinguishable fires of sympathy, energy, devotion, enthusiasm, and absolutely limitless affection. She was always frail in body, and she lived upon her spirit, whose hopefulness and courage were indestructible. Perfect truth, perfect honesty, perfect candor, were qualities of her character which were born with her. Her judgments of people and things were sure and accurate. Her intuitions almost never deceived her. In her judgments of the characters and acts of both friends and strangers, there was always room for charity, and this charity never failed. I have compared and contrasted her with hundreds of persons, and my conviction remains that hers was the most perfect character I have ever met." -  Mark Twain, Autobiography, February 1, 1906, recalling 1867.

Quickly, what happened next, after seeing her photo, was this: Twain, 33, met Olivia, 22, in December 1867; he started proposing, September 1868; announced their engagement, February 1869;and they were married, February 1870. Start to finish, the whole thing took 2 years 1 month to pull off. During those twenty-five months, he published Innocents Abroad; became famous; and - this, the deal-breaker, in his eyes - made himself rich enough to give Livy a comfortable home. For her, however - she of the "most perfect character" - the deal-breaker was his character. They were, it appeared, opposites.

He was poor, she was rich; he was ebullient, she was retiring; he had traveled the world, she had never left home. He was irreverent, she was pious; he was bohemian, she was conventional; and, by the popular Victorian standards of the day, she of course was "morally" spotless, and he - not. On top of these differences, he drank, smoked, and swore. And on top of that, he was a humorist and she, humorless. But once he managed to effectively present himself as a Christian, albeit struggling, to Livy; and to her father as respectable - Twain would go off to enjoy thirty-four years of happy marriage.

From the beginning - when Mark and Livy poured over the galleys of Innocents Abroad together - Livy was his first, last, and most important reader. It must have seemed fitting to Twain, then, when Innocents Abroad was re-printed by Tauchnitz in 1879 for its famous Collection of British authors series, that he should present to her that two-volume edition, specially bound in morocco and gilt, each volume inscribed identically: " To Livy L. Clemens, With the love of S.L. Clemens." Bookmen and collectors both, will want to note the rarity of these inscribed volumes to Livy. Though she was, in his words, "his faithful, judicious and painstaking editor," only one other volume inscribed to her - a German translation of Extracts from Adam's Diary (1904) - has popped up in three decades. 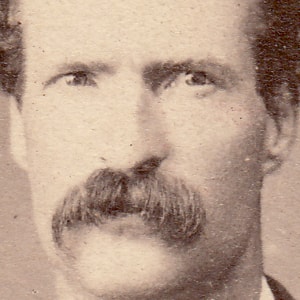 with the love of

MARK TWAIN,
AUTHOR OF "THE ADVENTURES OF TOM SAWYER," ETC.

THE INNOCENTS ABROAD BY MARK TWAIN.