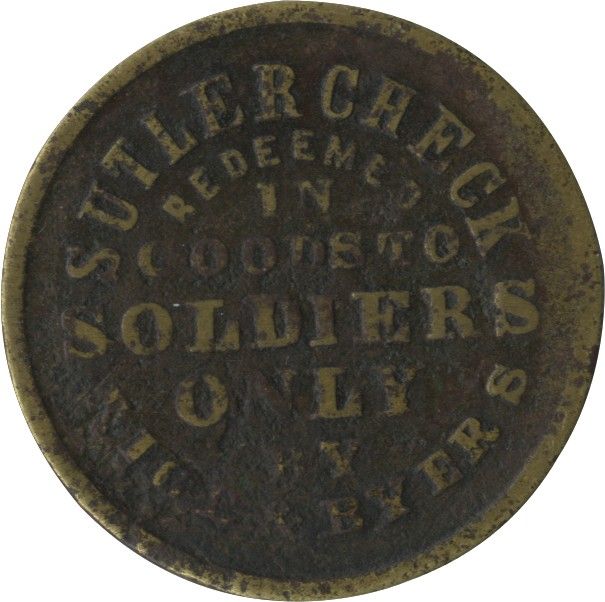 Perhaps Frank R. Rice and Joseph K. Byers met at Fredericksburg, where both men, Union officers, were wounded: Rice lost a leg there and Byers, an arm. But be that as it may, they joined forces within the decade to operate the Trading Post at Fort Sill, Indian Territory (now Oklahoma), during the 1870s. This token for a dollar hails from that enterprise; and whether it is the sole example extant, or one of as many as four, it is of very great rarity.
Brass, 26mm. Obverse lettering is mostly clear except for faintness at the bottom two lines. Schenkman U100B; Curto 239; Fuld NL-33b.

Of utmost rarity: R9 (between one and four tokens known).
Read More 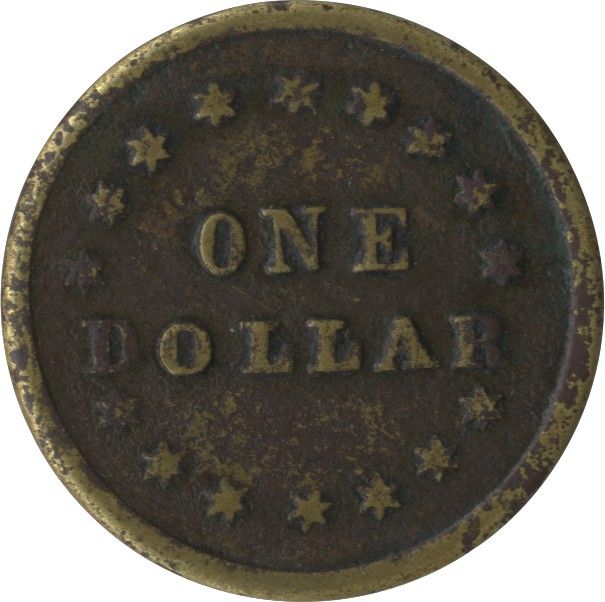 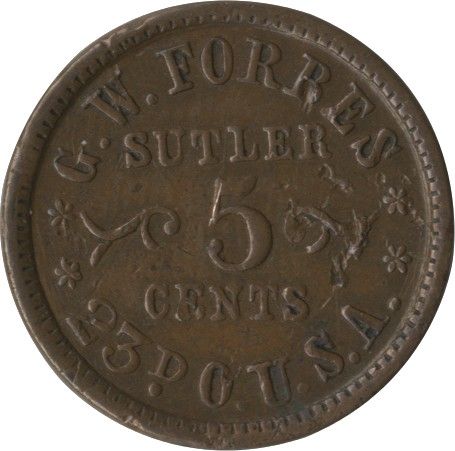