Here is the awful answer to the question President-Elect Kennedy, having his portrait taken, posed to the photographer Alfred Eisenstaedt: "What will the passage of the next four years show in his revealing photo[s]–"?

"With high regard and appreciation", Lyndon Johnson inscribes one of the most famous, and searing, of all American images: Cecil Stoughton’s own iconic photo of Johnson taking the Oath of Office, November 22, 1963, aboard Air Force One at Love Field, Dallas Texas, as a dazed and bloodstained Jacqueline Kennedy stands at his side, staring ahead. 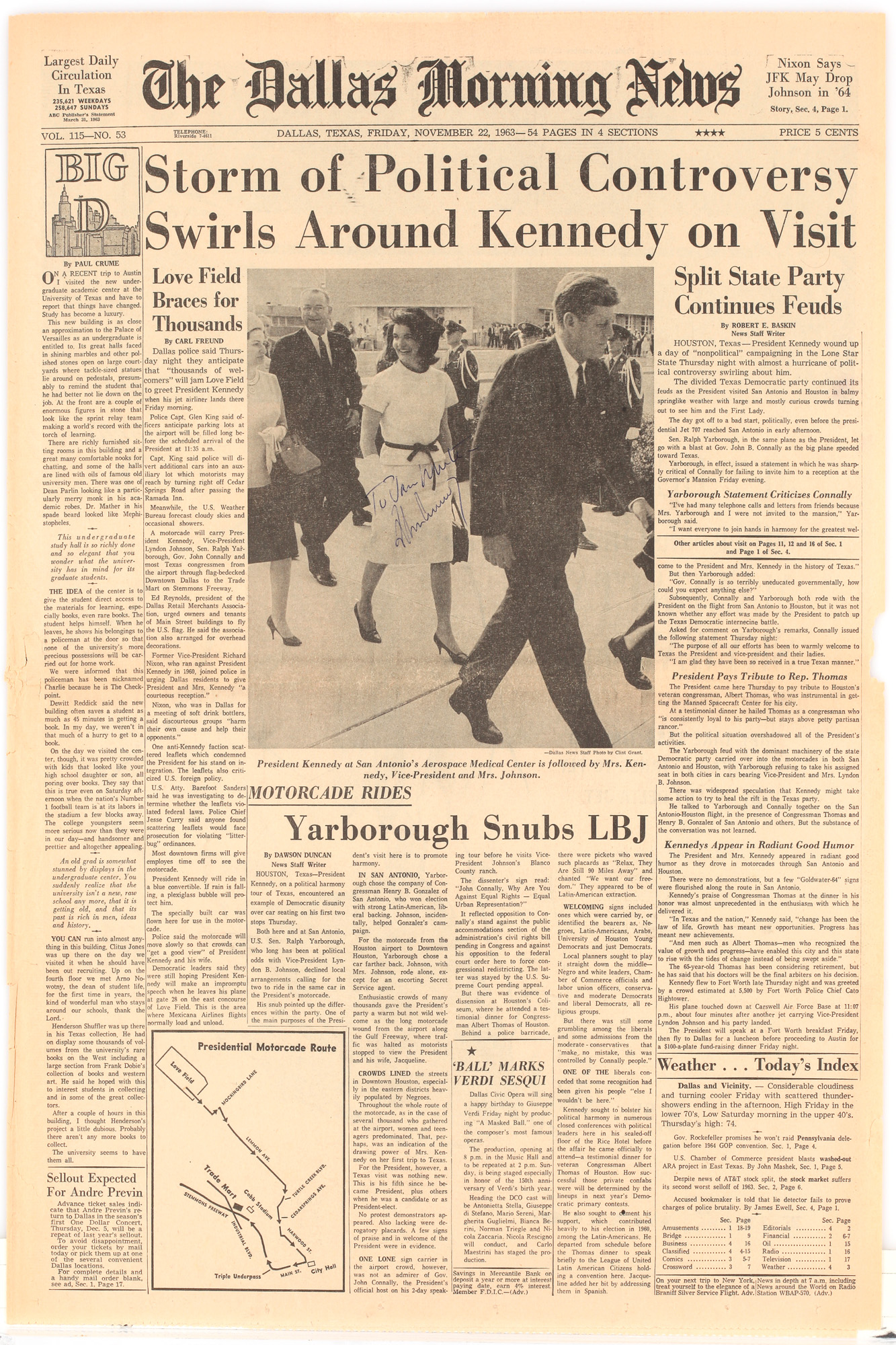 With high regard and appreciation 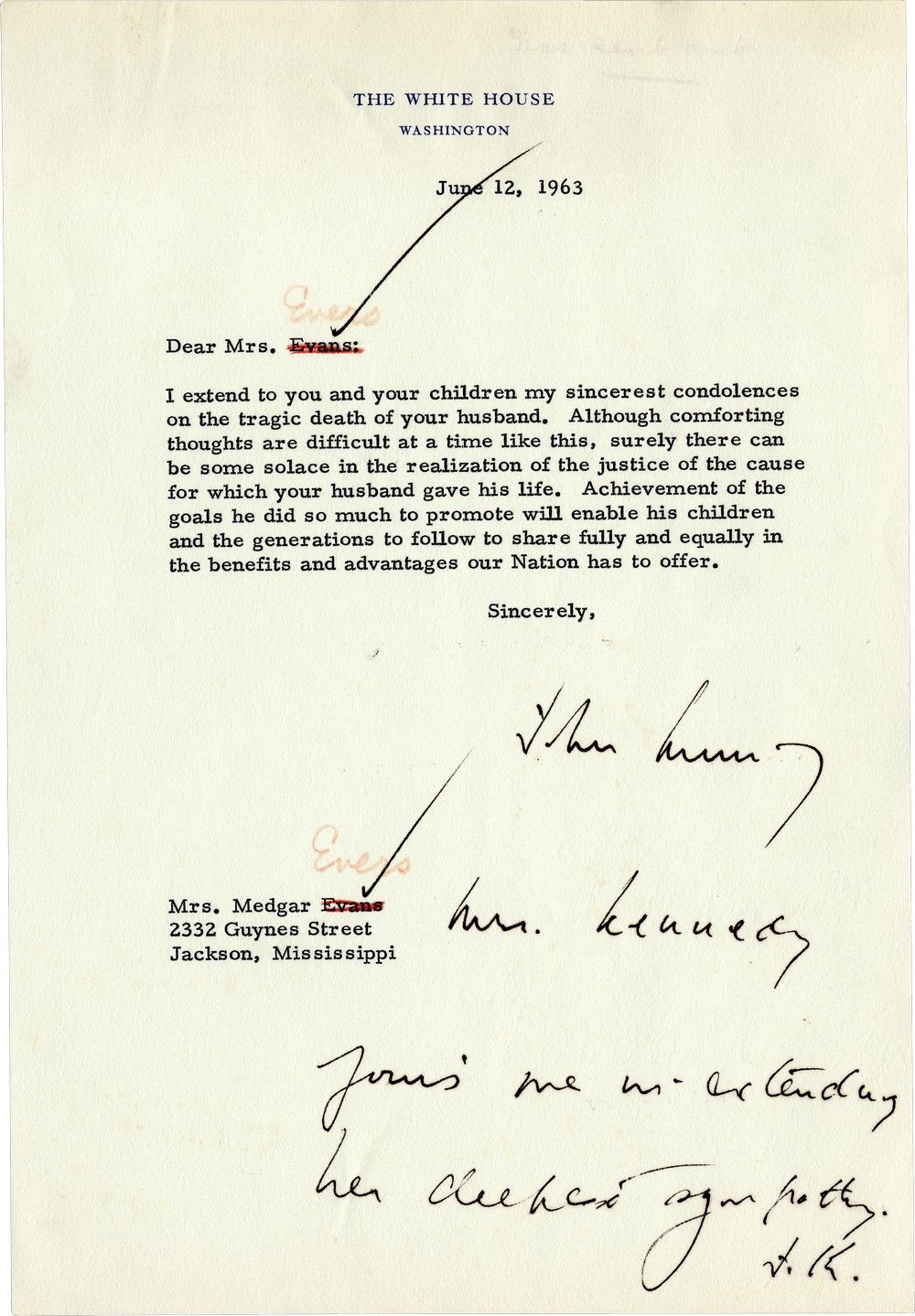