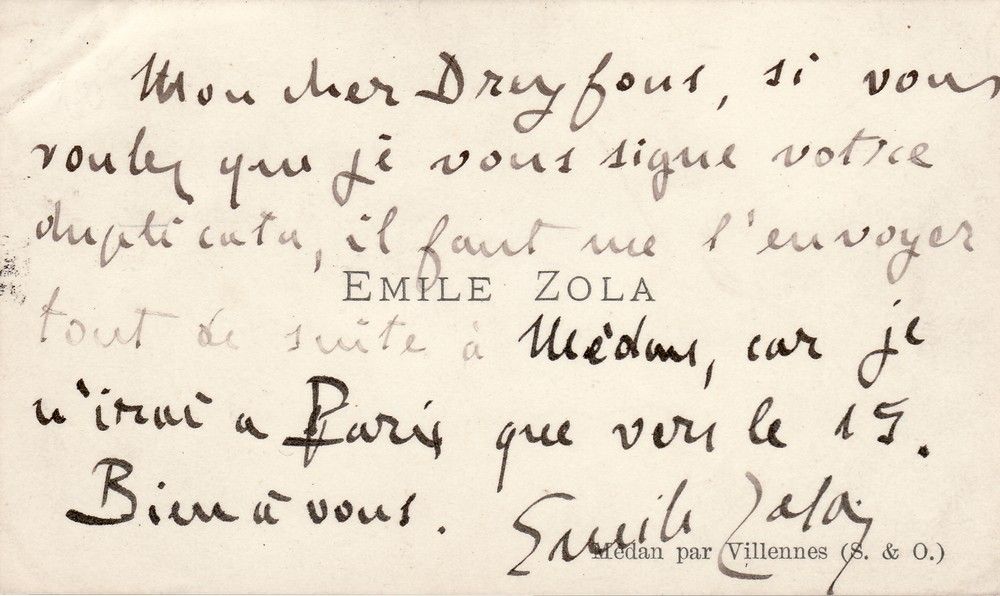 On January 13, 1898, the most famous front page in the history of journalism appeared in a French paper beneath a one-word headline: “J’accuse!” (I accuse!). In the 4,000-word open letter that ran beneath it, France’s leading novelist, Emile Zola, accused the French government of having orchestrated a travesty of justice four years before, in which an innocent Jewish captain in the French army, Alfred Dreyfus, was convicted of treason and sentenced to solitary confinement for life on Devil's Island – a hellish penal colony off the coast of South America. Zola’s letter exploded with the force of a bomb, causing French society to split in two: there were Dreyfusards, anti-Dreyfusards, and nothing in between. At the heart of the Dreyfus Affair was a virulent anti-Semitism – and this, in turn, contributed to the rise of Theodor Herzl and Zionism.

Zola’s intention in publishing “J’accuse!” was to force the government to prosecute him for libel, so that the emerging and exculpatory facts of the Dreyfus case could be, for the first time, publicly heard. Accordingly, he was tried, convicted, and sentenced to jail - – a penalty Zola evaded by fleeing abroad.

Here Zola, in the urgency of the moment – and all the moments, until Dreyfus was finally vindicated in 1906, were urgent – writes to Dreyfus himself (on his calling card), about a document which, if Zola is to sign it, must be sent him at once.
Calling Card Signed, with six lines in autograph, in French; 1 page, on his card imprinted “Emile Zola / Medan par Villennes (S. & O.)”, no date. To “My Dear Dreyfous.”
Read More

If you would like me to sign your duplicate, it must be sent at once to Mèdan, because I am going to Paris on the 15th. 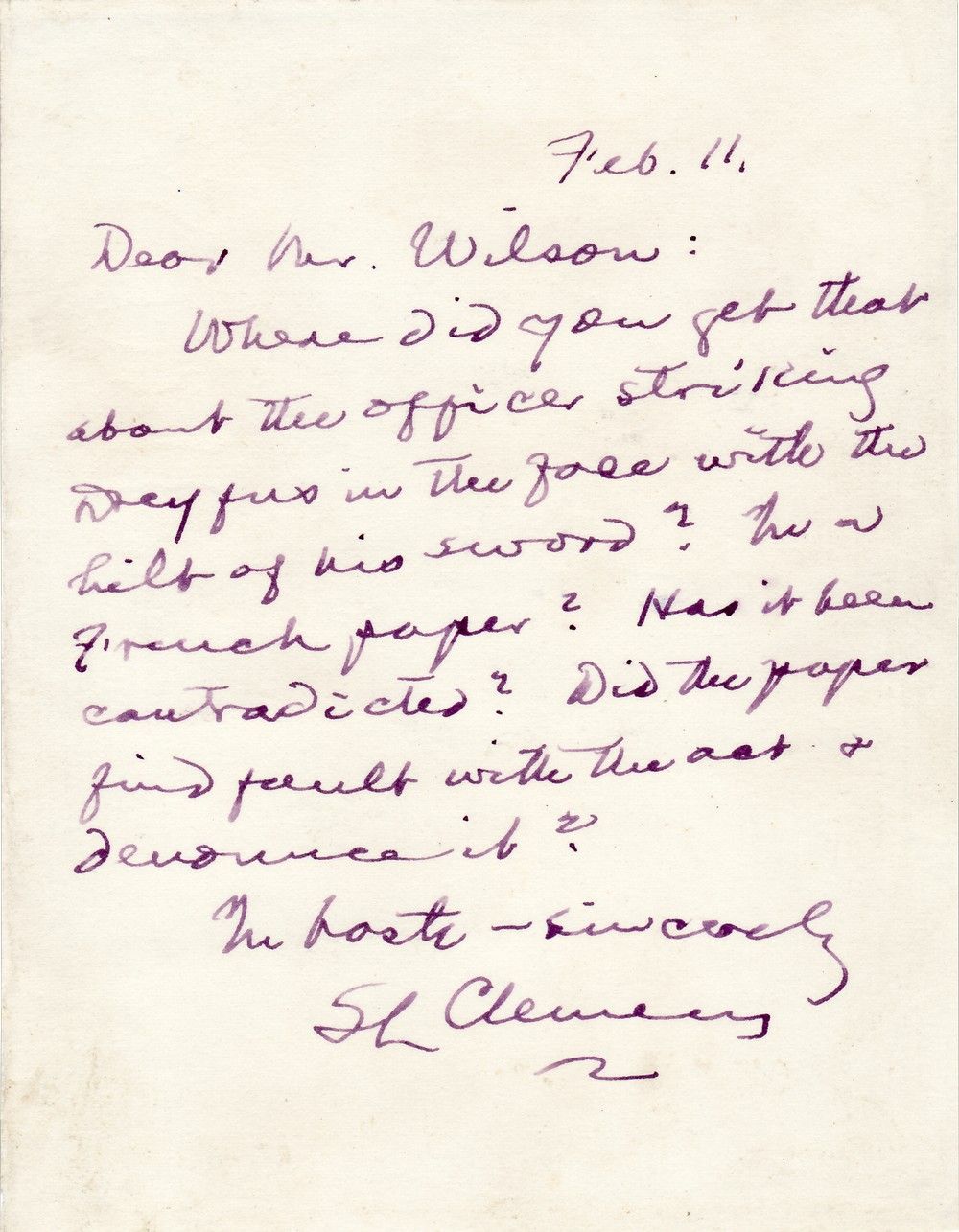 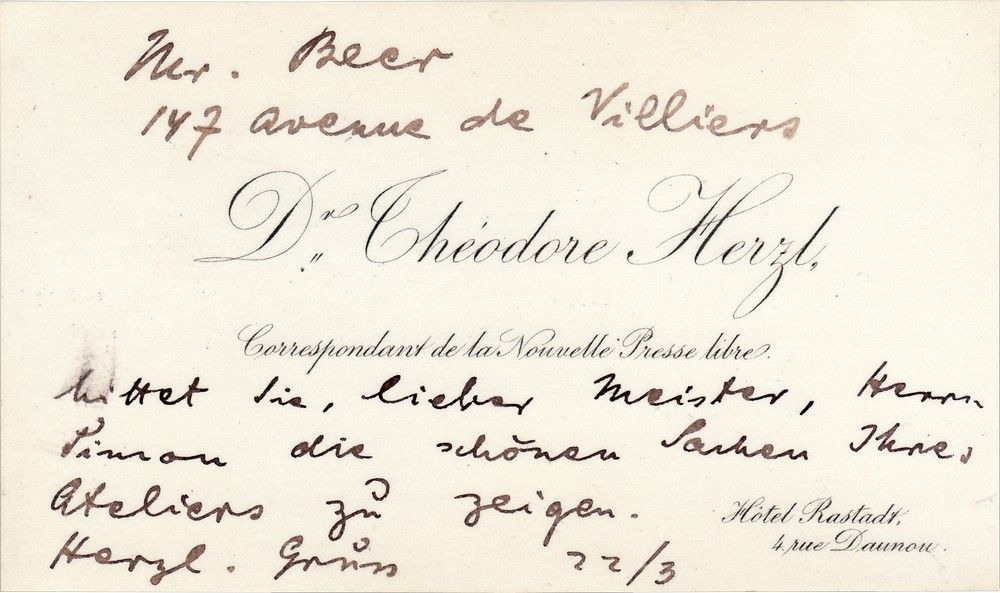