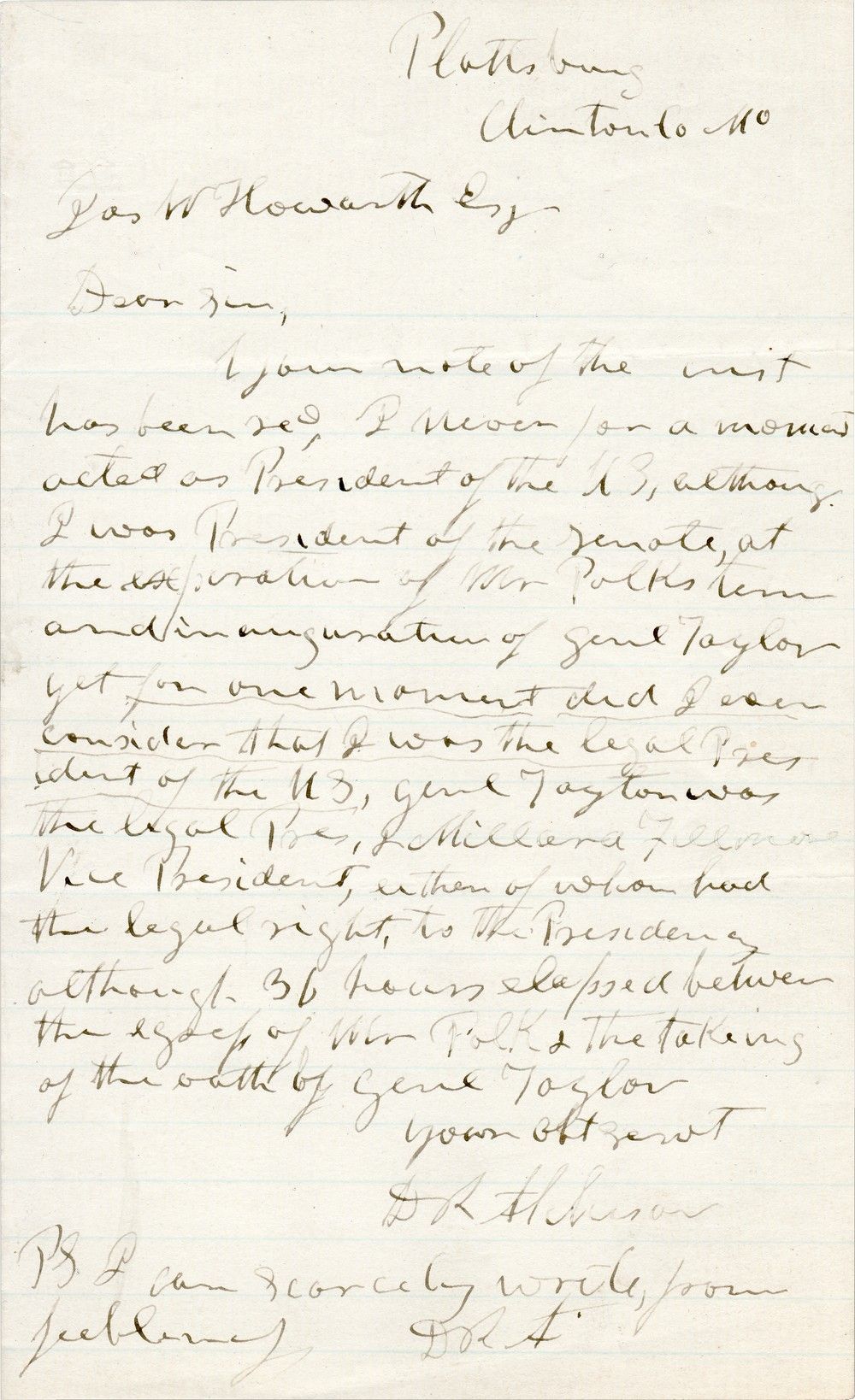 Was David Rice Atchison Acting President for a day? No, he says here, absolutely not:

Actually, Atchison wasn’t quite, during the interregnum between the expiration of Polk’s term and the swearing-in of President Taylor, even President pro tempore of the Senate. His term expired at midnight, March 4 – with Polk’s term – and he was not sworn in for his new term as President pro tempore until a few minutes before both Fillmore and Taylor on the 5th. If he were Acting President, then it would have been for that length of time – although inasmuch as Taylor and Fillmore had already been certified on March 4, the country was not really without a President and Vice-President. Still, a friend of Acthison’s woke him up at three in the morning on March 4th, and asked to be named Secretary of State.
Autograph Letter Signed (twice: as “D.R. Atchison” and with initials), 1 page, octavo, Plattsburg, Clinton County, Missouri, no date. To Jos. W. Howarth, Esq.
Read More 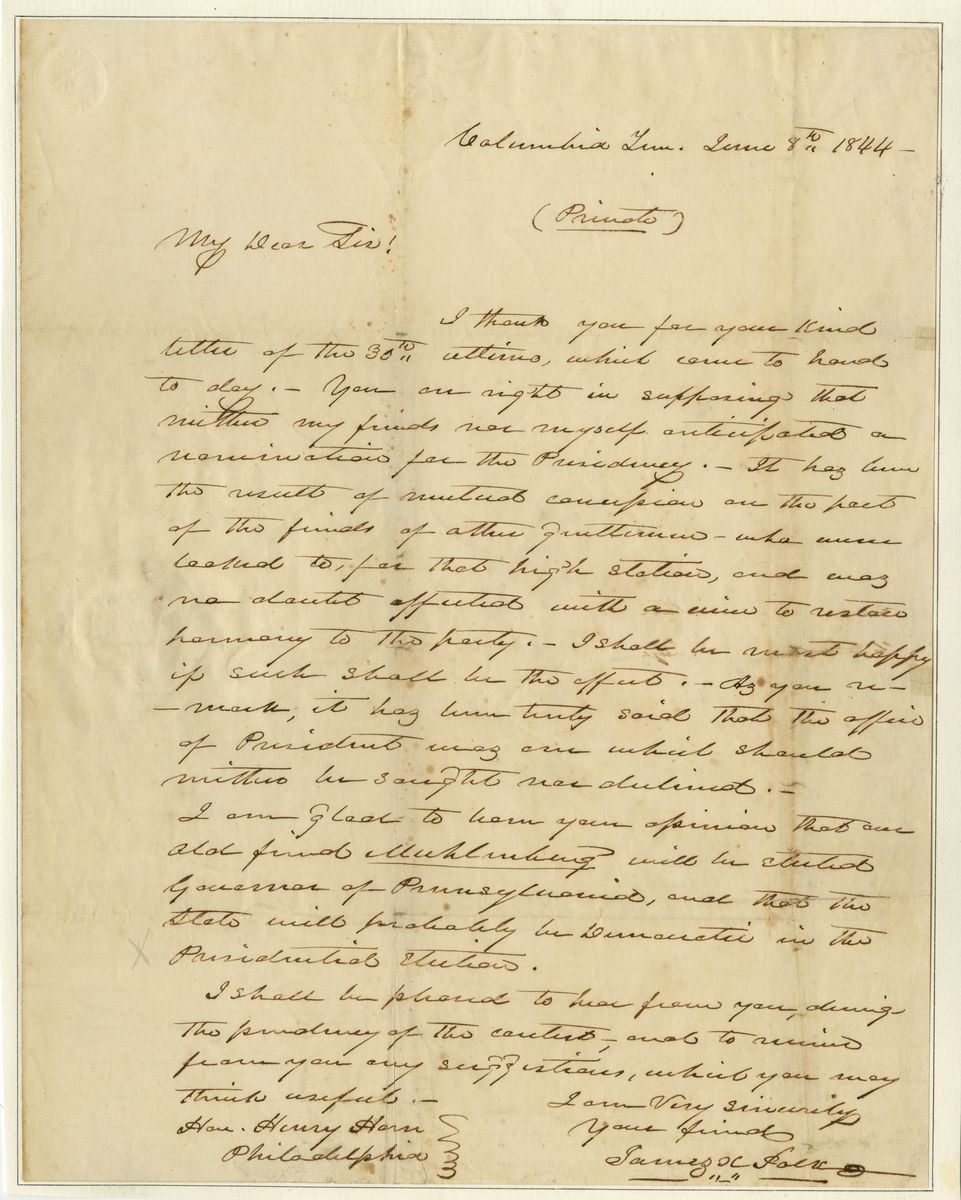 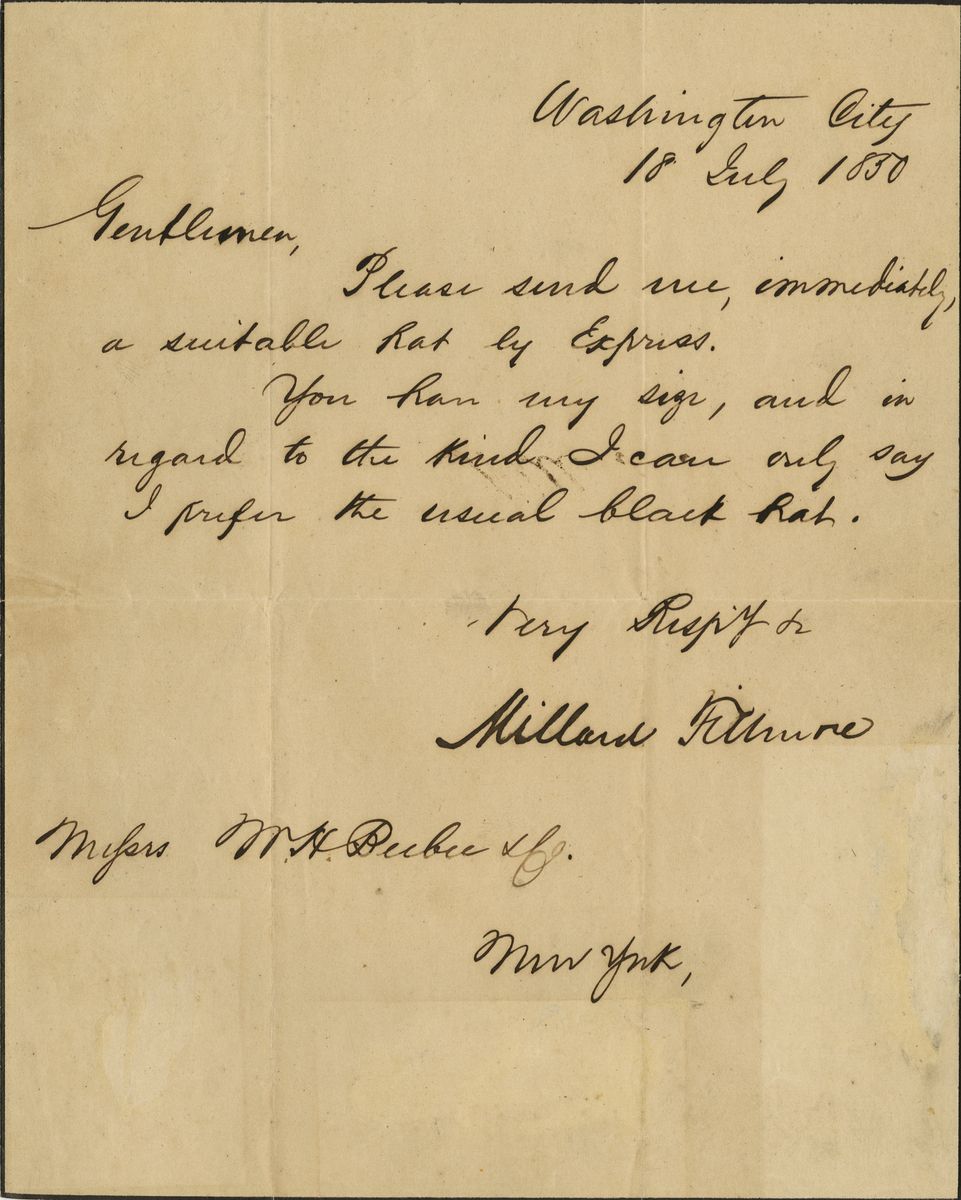 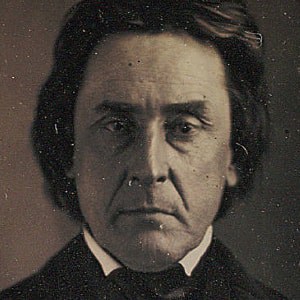 
PS. I can scarcely write, from feebleness 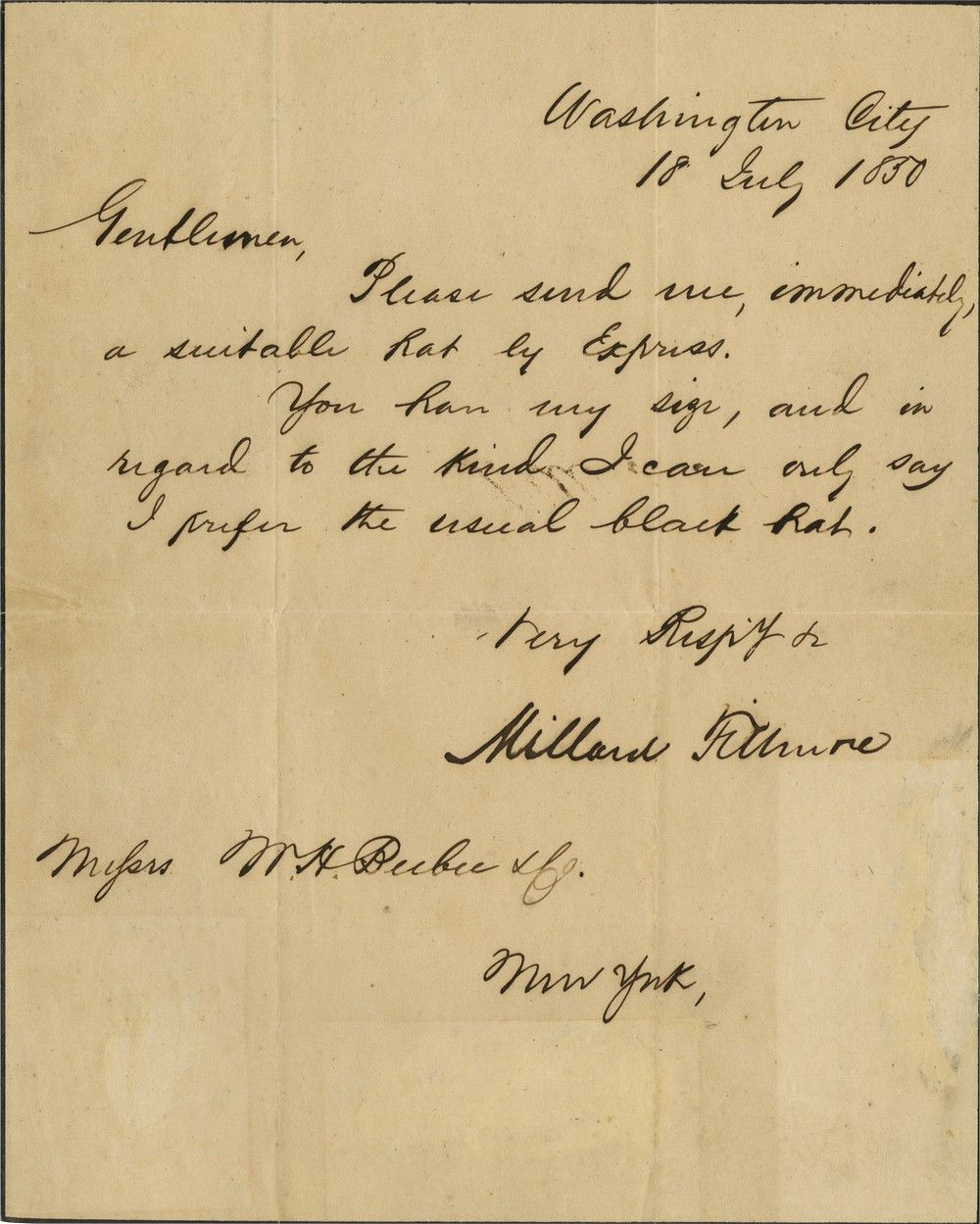 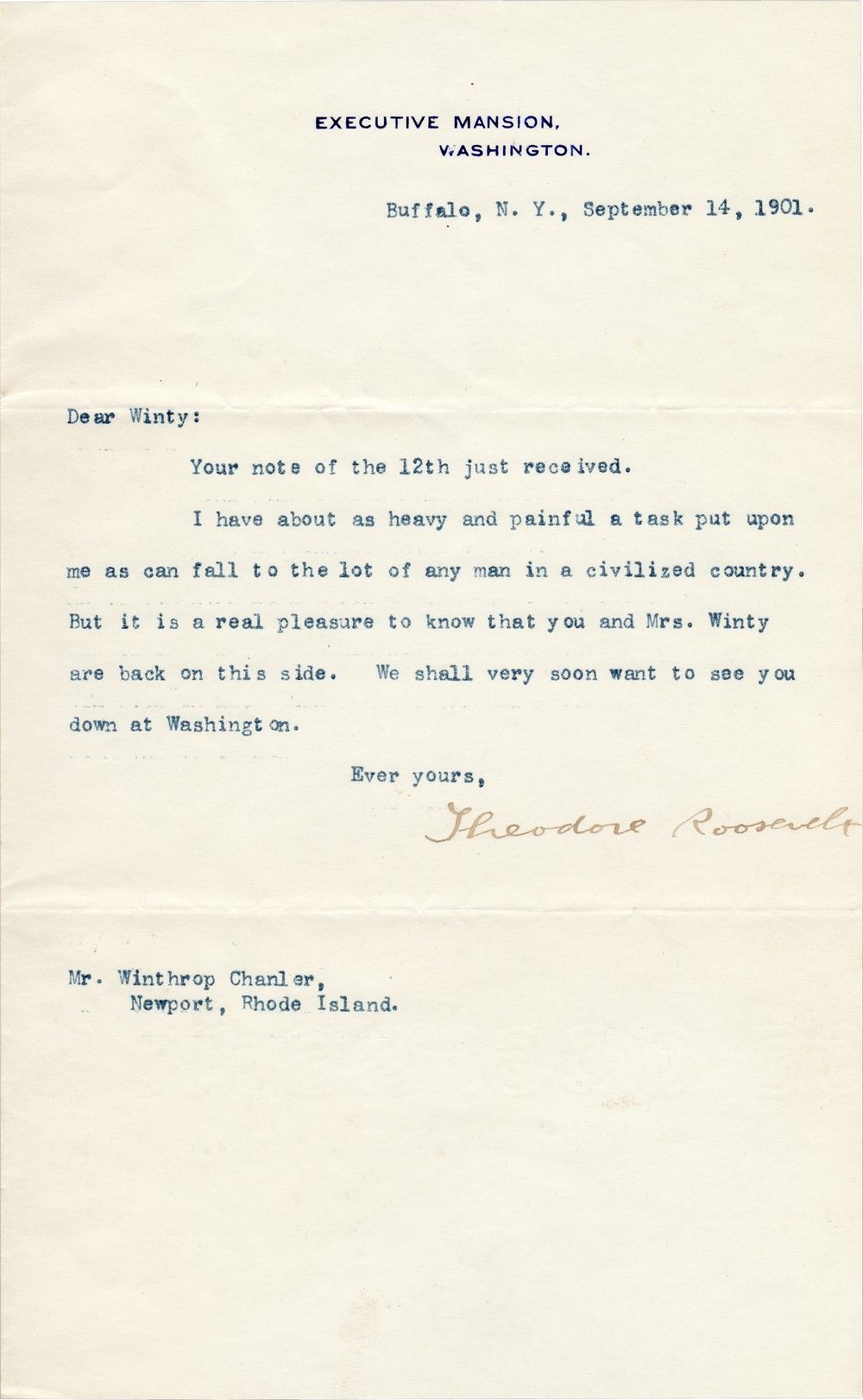 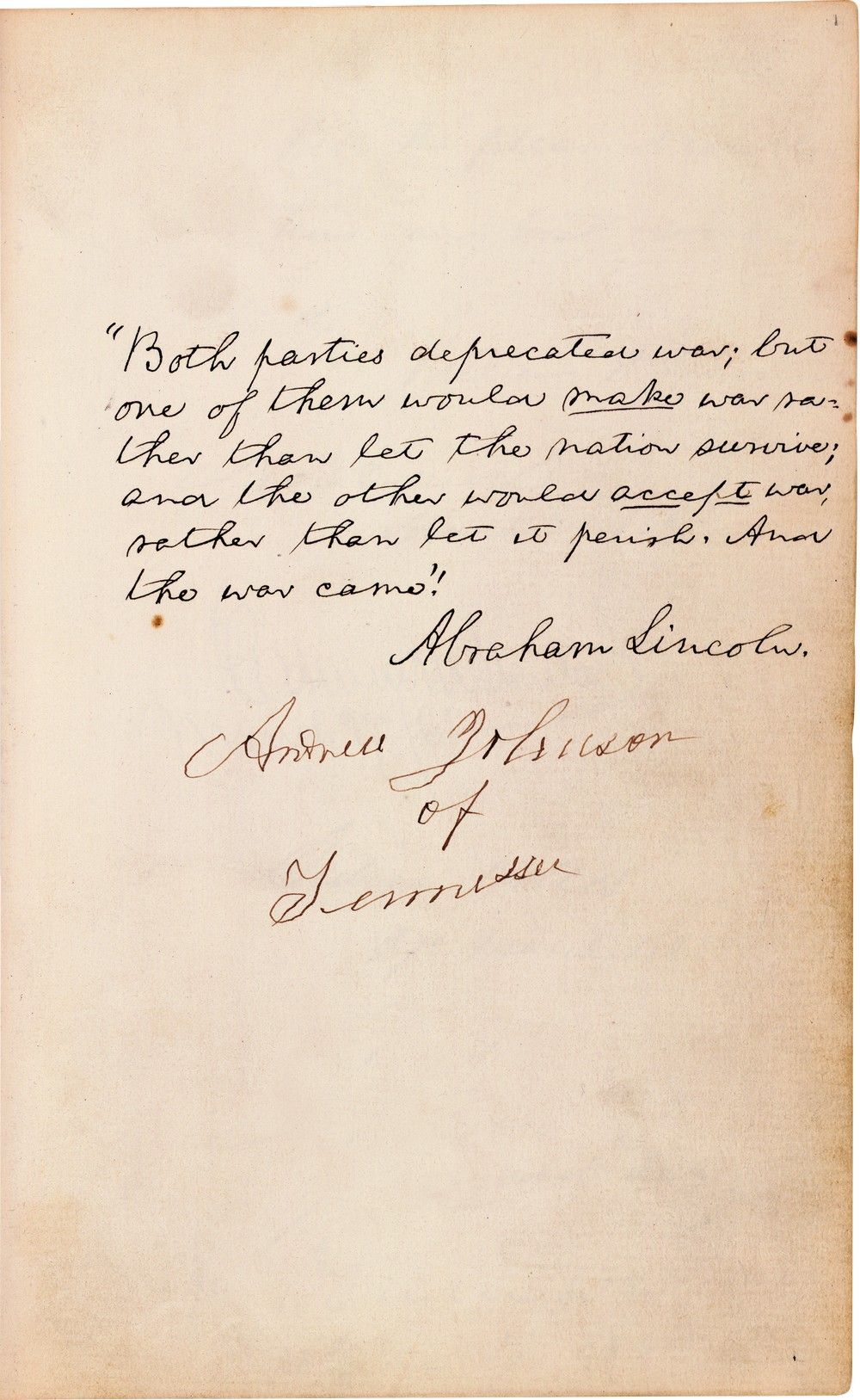 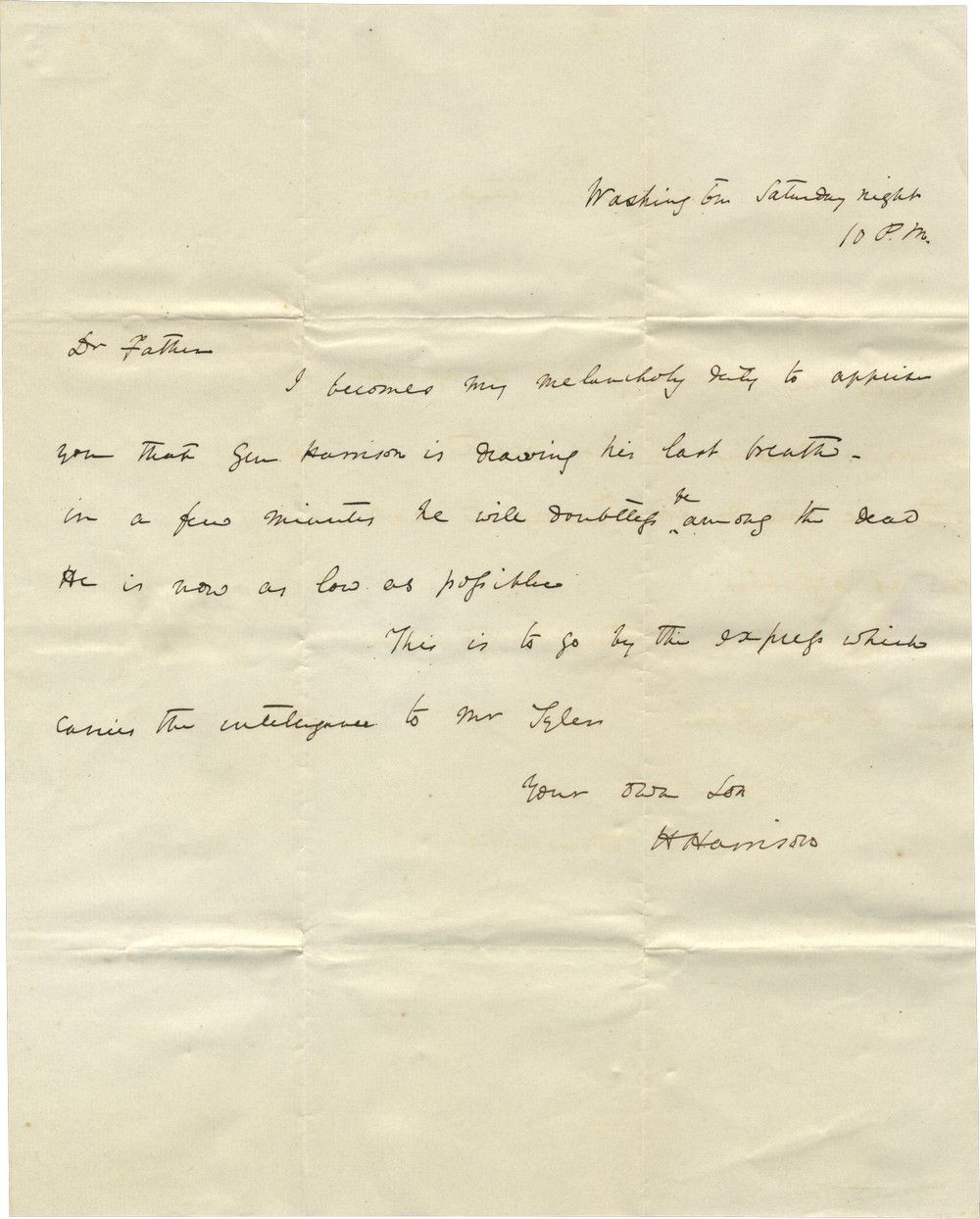