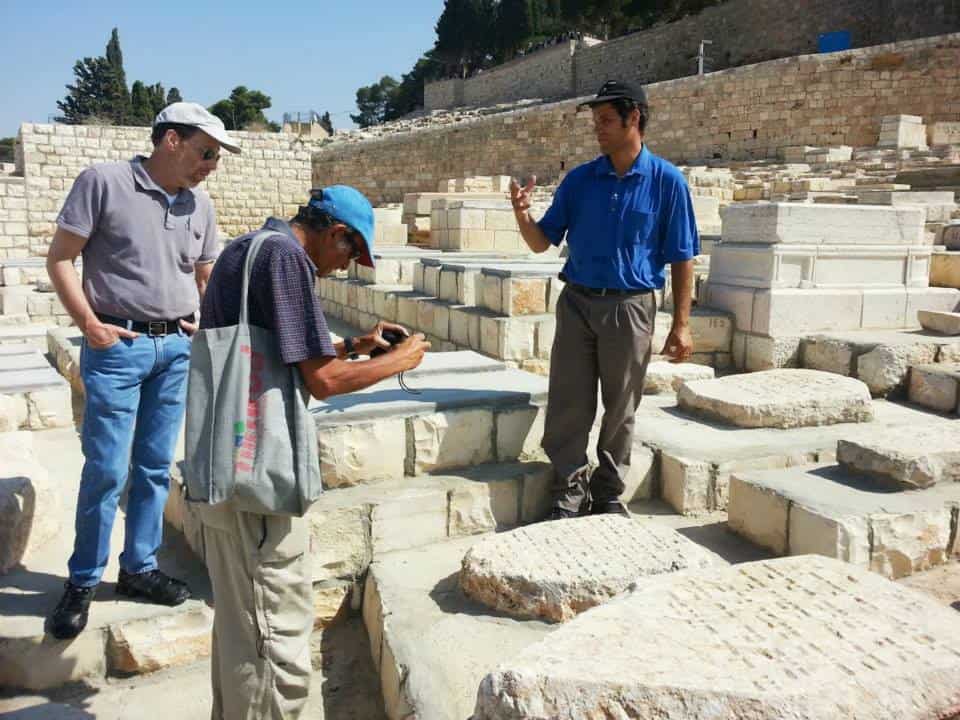 Warder Cresson and the First Amendment

The discovery, in 2013, of the Mount of Olives gravesite of the first appointed U.S. Consul to Jerusalem, reopened a long-forgotten piece of American history, involving lunacy, religious freedom, and a direct challenge to the First Amendment to the Constitution of the United States of America. In May of 1850, Warder Cresson, the former U.S. Consul to Jerusalem brought an appeal before a Philadelphia court with the goal of overturning the ruling that his conversion to Judaism meant that he was certifiably insane. The case was widely covered in the media, and though it lasted five days, the court’s ruling in favor of Cresson’s right to practice the religion of his choosing is a testament to the durability of the First Amendment and a major victory against the not uncommon American antisemitism of the 19th century.

Warder Cresson was born in 1798 to a Philadelphian Quaker family. Sometime before 1824, he married Elizabeth Townsend and started farming just outside Philadelphia. His able management of the farm meant that it kept growing, and he was an affluent and respected member of Philadelphian and Quaker society. [1] In 1827, the Great Separation arose amongst the Quakers, which divided them into Hicksite and Orthodox Quakers, or poor agrarian Quakers and wealthier, urban, Quakers, respectively. Philadelphia was the heart of the controversy, and the city where the split was finalized. Warder Cresson was 29 at the time and jumped into the fray, becoming a Hicksite. That year, he published his first religious tract inveighing against privilege in Quaker circles (ironically) entitled An Humble and Affectionate Address to the Select Members of the Abington Quarterly.  In 1829, during an internal Quaker investigation of his faith, he doubled down on his harsh critique of materialism with another pamphlet — Babylon the Great is Falling! The Morning Star, or Light From on High, in which he decried the affluence of local Quakers.

As Cresson’s brood grew (by 1833, he had four children), he left his home and participated in Shaker services in New York. He then successively became a Mormon, a Millerite, and a Campbellite. [2] It is important to note here that 19th-century America was engulfed by the flames of religious passion, and conversion between the various sects rapidly arising was not uncommon. In 1840, Cresson met Isaac Leeser, and with him, the last religion he would eventually call his own: Judaism. Leeser was the rabbi of Philadelphia’s Mikveh Israel synagogue and the editor of The Occident and Jewish American Advocate, the country’s largest Jewish periodical. Originally from Germany, Leeser was one of the most important American rabbis of his time. Leeser fatefully introduced Cresson to Mordecai Manuel Noah, who advocated for the Jews to return to Zion and who likely influenced Cresson’s desire to travel to Jerusalem.

Cresson, not yet a Jew, made the journey to the Holy Land in an ingenious if not eccentric fashion: he petitioned President John Tyler’s Secretary of State John Calhoun to send him to Jerusalem as America’s first Consul. Jerusalem, an Ottoman backwater, hardly needed an American representative, but since the affluent Cresson was offering to take the position without requiring compensation, his appointment was granted. Cresson left his wife and six children in May of 1844. His arrival in Jaffa was equally flamboyant. He alighted the ship with an American flag in one hand and a caged dove (presumably symbolizing peace) in the other. Before he arrived the following month, however, his appointment had been terminated. Samuel Ingham, who had served as Andrew Jackson’s Secretary of the Treasury wrote to Calhoun explaining that Cresson’s appointment was an embarrassment to the United States as Cresson was a “weak minded man” who “has a passion for religious controversy.” The British satirist William Thackeray quite agreed with this assessment after meeting Cresson in the Holy Land. [3] Cresson didn’t mind that his appointment had been rescinded and continued to act as American Consul, which did no credit to his reputation as someone of sound mind, yet no one intervened.

By 1848, Cresson had converted to Judaism and sailed back to Philadelphia to share his news with his wife and family and, in all likelihood, to have them join the fold. In his absence, he found that Elizabeth, too, had converted: to Episcopalianism. Judaism was a bridge too far for Elizabeth. Warder had left Elizabeth with power of attorney, and she had no desire to relinquish that power. The majority of his estate was in her hands, many of his personal effects had been disposed of, and in 1849, she and her children sought to secure the rest of his estate by having him declared insane on the basis of his conversion to Judaism. [4] Warder had revoked the power of attorney and offered his wife half his estate to keep the case out of court and to show good will. Elizabeth pressed on and the court declared Warder insane.

Cresson, or Boaz Michael Israel as he was now known, appealed the ruling, which commenced in May of 1851. He stayed in Philadelphia and attended Leeser’s synagogue and contributing articles to Leeser’s periodical. Cresson’s appeal was a five-day trial that enthralled the nation. There was even a display of cutting-edge nineteenth-century science, in which an amateur naturalist named Peter Browne proved to the audience and jury that Cresson was not insane by examining specimens of Cresson’s hair roots and contrasting them with his catalog of specimens he obtained at a Virginia insane asylum. [5] It didn’t take the jury long to concur with Browne.

Though the court documents were lost to a fire, Leeser published the notes of Cresson’s defense lawyer, General Horatio Hubbell of the Pennsylvania Militia, in The Occident. According to Leeser, Hubbell was “a strict adherent of the Presbyterian Church.” [6] This underscores Hubbell’s defense of minorities both on the battlefield — famously saving two Catholic churches from destruction during the Know-Nothing Riots of 1844, and in the courtroom, with his defense of not only Cresson but Judaism.

In addition to pointing out the obvious financial advantages that Cresson’s wife and his brothers stood to gain by taking over Warder’s affairs, Hubbell made clear that antisemitism was a significant contributing factor to the accusation of lunacy. In turning his attention to Warder’s son-in-law, Alexander Porter, who had also quite the religious journey from being a Presbyterian, then an Episcopalian, and finally a Millerite, Porter’s derision of Cresson as insane only for turning to Judaism “let out the whole secret.” [7] Hubbell then goes on to lambast Porter for his bigotry and hypocrisy: “No, it was all very well while he pulled with him or them; but to dare to embrace Judaism was something beyond this man’s narrow comprehension, a thing unheard of, a foul imputation; thus endeavoring to stigmatize the venerable faith of Israel, to brand its professors, and to stamp any one as a lunatic who should believe in its sublime yet simple doctrines, as if any honest Jew would not be ashamed to compare himself for a moment with this insolent and ignorant bigot!” [8]

Cresson left Philadelphia, returning to Jerusalem shortly after his victory in court. He remarried – this time to a Jewish woman named Rachel Moledano and had two children who did not survive to adulthood. When Cresson died in 1860, according to the Jewish Encyclopedia, “he was buried on the Mount of Olives, with such honors as are paid only to a prominent rabbi.” And yet his grave’s whereabouts remained a mystery for nearly a century.