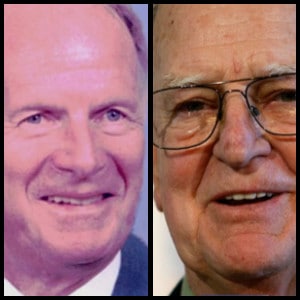 SMF Mourns the Passing of John Sellers and Joe Rubinfine

This fall we sadly lost two people who were influential to the Shapell Manuscript Foundation.

A great Lincoln scholar is gone. Our colleague John R. Sellers, long the Historical Specialist on the American Civil War and the Lincoln Curator at the Library of Congress and, for over a decade, the Director of the Shapell Roster Project of Jewish Soldiers in the Civil War, died this Fall, at age 85.

The enormity of his loss is only magnified by the modesty of his nature. In his own eyes, he was simply “the reference person for Lincoln.” In the eyes of everyone else, he was a leading expert on all facets of the most popular and compelling president in US history.

As the Library of Congress’s Lincoln Curator, John was responsible for its 2009 landmark exhibition “With Malice Toward None: The Abraham Lincoln Bicentennial Exhibition”, featuring the greatest assemblage of objects from the  LOC’s Lincoln collections in history. The Shapell Manuscript Foundation was honored to have been invited by John to add to the exhibit some 18 of its own Lincoln treasures.

John was also a renowned authority on the Civil War, the U.S. Constitution, the U.S. Congress, 18th and 19th century military history, and 14 U.S. presidents from 1848 to 1900. With all that he knew, he was generous and welcoming. Generations of historians, biographers, collectors and curators, are yet grateful for his remarkable collegiality.

And, too, on a very personal note: we know that gentlemen exist, because John Sellers existed. The Shapell Manuscript Foundation mourns the passing of Joe Rubinfine, a quiet and dignified individual who was known throughout the autograph world as one of its leading dealers. Joe handled some truly exceptional material over the years, both privately and through his always wonderful and highly anticipated catalogs. His integrity, too, was unmatched. It was my good fortune to have benefited from his great taste in manuscripts and his gifted knowledge of history.