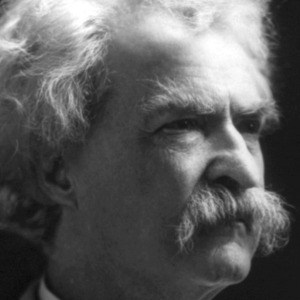 Mark Twain lives on in the popular imagination as a brilliant satirist, a master storyteller, and an American icon. However, there was another side to Twain that was less….masterful. He was as incompetent a businessman as he was a great writer. He lost money left and right on various newfangled inventions in an era saturated with emerging technologies. In hindsight, some of Twain’s investments seem obviously imprudent, but at the time, it was more difficult to see that the Paige typesetter was a terrible investment (he lost the equivalent of four million dollars in today’s money), and that turning down an offer to buy the Bell Telephone Company was a massive mistake. Of course, Twain’s timeless error was gambling more than he could afford to lose. But  perhaps the most painfully bad investment of Twain’s was in his own company, a publishing house eponymously named for his nephew whom he appointed to run the company, Charles L. Webster.

The concept behind the idea to launch his own publishing company was a simple one: Twain was frustrated with his publishers receiving the lion’s share of the royalties that Twain’s writing generated. If he became his own publisher, he would increase his income, and in publishing other people’s works, he would profit, as well. And so, in 1885, the Charles L. Webster Co. published its first two books. Twain’s The Adventures of Huckleberry Finn, and General Grant’s autobiography Personal Memoirs of Ulysses S. Grant.

The latter was an astonishing success. Grant, like Twain, had also made some unsavvy investments, and was not only bankrupt, but dying of cancer. In order to ensure that his family had some means of survival, he accepted Mark Twain’s handsome offer to publish his memoirs. Though suffering greatly, Grant threw himself into the task of recording his memoirs. He died just five days after he completed the project.

Twain had ten thousand Civil War veterans don their uniforms and go house to house selling the book throughout the northern regions of the United States, in a canvassing campaign that was innovative, even in the era of traveling salesmen and subscription-based books. Grant had feverishly written the book like his wife’s life depended on it. [1] And to a degree, that was true. Grant’s posthumously published memoirs turned his family’s fortunes around, elevating them from indigent to affluent. When Twain presented Grant’s widow Julia with her royalties check, it was the largest in publishing history heretofore (approximately eleven million dollars in our money). In nearly 140 years, Grant’s memoirs have not ceased to be in print, making it not only the longest running memoir of an American president, but it is considered one of the best such memoirs.

Twain’s success as a publisher, however, was short-lived. In fact, his publishing company never again matched the success that the Grant memoir generated.  By 1888, just three years after Grant’s memoirs made publishing history, the company was floundering, and Twain had to pump his own money into the publishing house to keep it afloat. Twain generally had no sense of how to run a business, let alone a publishing company. Moreover, he and Webster bet on promising works that didn’t pan out, such as a biography about Pope Leo XIII. Charles Webster was pushed out. Perhaps this was unjust. Webster had been cleaning up Twain’s investment messes since 1881, when he relocated his family to manage Twain’s ill-fated Kaolatype enterprise (like the Paige typesetting machine, this engraving technology was also a costly failure).

Twain had also literally been working Webster to death. Though having (and cultivating) a reputation as humorous and jovial, Twain was actually quite the taskmaster, and subjected Webster to gruelling hours and high demands. According to an interview that Webster granted the Kansas City Star in 1887, the initial success of the publishing company was actually due to Webster, who was the one who persuaded Grant to write his memoirs in the first place. Webster’s chronic illness, coupled with Twain’s high demands, led to his early death at age thirty-nine in 1891. Twain had used Webster’s ill-health to justify relieving Webster of his duties.

The details of the relationship between Twain and Webster and its impact on their publishing firm remains murky. Twain may have been incompetent in business, but it didn’t help matters that Charles was often high on his pain medication at the office. In 1984, it was revealed that Webster had in fact committed suicide by overdosing on the drugs used to treat his trigeminal neuralgia. The chronic pain was too much to bear. Twain had publicly blamed Webster for many of his own failings to the degree that Webster’s son, Samuel Charles Webster, felt the need to write a nearly 500-page book about Twain’s lack of business acumen in order to clear his late father’s name, which he first published in 1944. Wherever the truth lies regarding the relationship between Webster and Twain, one thing was clear: the publishing firm was quickly going under. [2]

After Webster’s departure, the publishing house tried to stay afloat by releasing some interesting books. Twain and Henry James convinced their friend Libbie Custer to write about her life with General Custer, Tenting on the Plains, but it didn’t bring in the expected revenue. They put out a fair amount of Civil War content, but by and large, the publishing house went downhill after Webster’s departure, going bankrupt in 1894, a scant decade after it began.

The sad story of Twain’s publishing house is not an aberration, but part of a series of business failures. One senses that Twain, when discussing speculation, was speaking to himself: “There are two times in a man’s life when he should not speculate: when he can’t afford it, and when he can.”