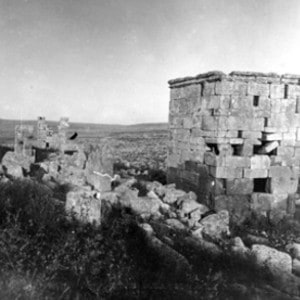 In 1867, Mark Twain was on assignment from a San Francisco newspaper. He would depart New York Harbor on the steamship Quaker City for a five-and-a-half-month excursion, with stops in Europe and around the Mediterranean. This would be the first organized tourism trip of its kind in American history. During this time, he would send back humorous, revealing, and opinionated weekly reports to be published in the newspaper’s columns, documenting his travels, famous sites he visited, and the local inhabitants. The columns and notes from his travel journals would soon after be published as The Innocents Abroad or The New Pilgrims’ Progress. The book was an instant success, catapulting Twain to national fame.

As part of our celebration of the 150th anniversary of the success of his 1869 publication, we’ll be sharing daily excerpts from his travel journal – “Notebook 9” – documenting Twain’s time spent in the Holy Land. Soon to follow, the exhibition Mark Twain and the Holy Land will open at New-York Historical Society; you’ll be able to view the Shapell Manuscript Foundation items from the exhibition here.

Camped at an Arab village (Kafir Something),* where Nimrod he Mighty Hunter, the builder of Babylon & the Tower of Babel lies buried. He was a fine old Sport & a great linguist.