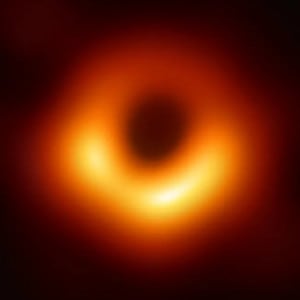 This will be an epic week to remember for space and science enthusiasts. In the past 7 days, three monumental events have taken place:

On April 5th, the Japanese space probe Hayabusa2 dropped explosives on asteroid Ryugu. “Mission scientists plan to execute the final major step of the mission. They will lower the probe right into the crater and collect a sample. This will be the second sample collected from Ryugu: Hayabusa2 already touched down on 22 February, and collected some of its space dirt after kicking it up with a bullet.” (Scientific American)

On Wednesday, Aprill 10, the first images of a black hole were released. The magnificent international coordination and success centered on the “Event Horizon telescope (EHT), a network of eight radio telescopes spanning locations from Antarctica to Spain and Chile, in an effort involving more than 200 scientists.” (The Guardian)

Today, April 11, Israel is expected to join the United States, Russia, and China as one of the only countries to land a spacecraft on the moon. The Beresheet spacecraft is scheduled to land at 10:30pm Jerusalem time. “Once it lands safely on the Moon, the spacecraft will photograph the landing site and snap a selfie. Its key scientific mission, however, is to measure the Moon’s magnetic field as part of an experiment carried out in collaboration with Rehovot’s Weizmann Institute of Science.” (Jerusalem Post)

These inspiring efforts to extend humanity’s reach into space remind us of how far we’ve come. These manuscripts from those brave enough to be sent into space, and the leadership behind them, reveal part of the history and sacrifice that’s been made to come so far.