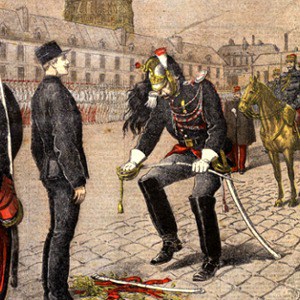 This week, the first museum in the world dedicated to the Dreyfus Affair opened in Paris. Fittingly, the museum opened as part of the Émile Zola House (Maison Zola), which had been undergoing renovations for a decade. Zola’s famous defense of Alfred Dreyfus in 1894 remains iconic for its courage and selflessness, an enduring beacon of hope and tolerance in our multicultural society.

The Dreyfus Affair was the fault-line on which French society fractured in the late 19th century. It impacted artists  like Pissaro, Monet, and Degas.

Writers from all over the world, including Mark Twain, were swept up in the details of Dreyfus’s degradation ceremony outside the Paris military academy.

The Dreyfus Affair galvanized many Jews who had been previously undecided about Zionism. Theodor Herzl covered the trial as a reporter, and Max Nordau, one of the most public intellectuals at the time, was practically turned into a Zionist because of the Affair. The museum features documents, court papers, personal items, and photographs of Alfred Dreyfus.