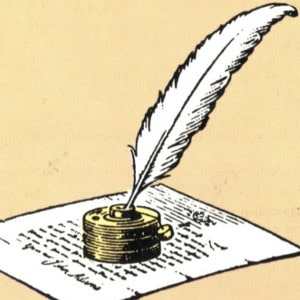 Mary Benjamin is known as perhaps the most famous manuscript dealer of the twentieth century. That she’s the only woman on (and at the top of) the list of foremost autograph dealers is dwarfed by her widely respected authority. For decades, Benjamin practically singularly set the market value of autographs of presidents, poets, and prominent figures. Famously, she once snorted with disdain when a supposed autograph of George Washington was announced at an auction. With her photographic memory, she could tell instantly if a signature was real or forged. The auctioneer wasted no time and immediately withdrew the item from the sale. Mary Benjamin, who died in 1998, is certainly a personality worth reading more about for those interested in collecting. For her detailed obituary in the New York Times, click here.