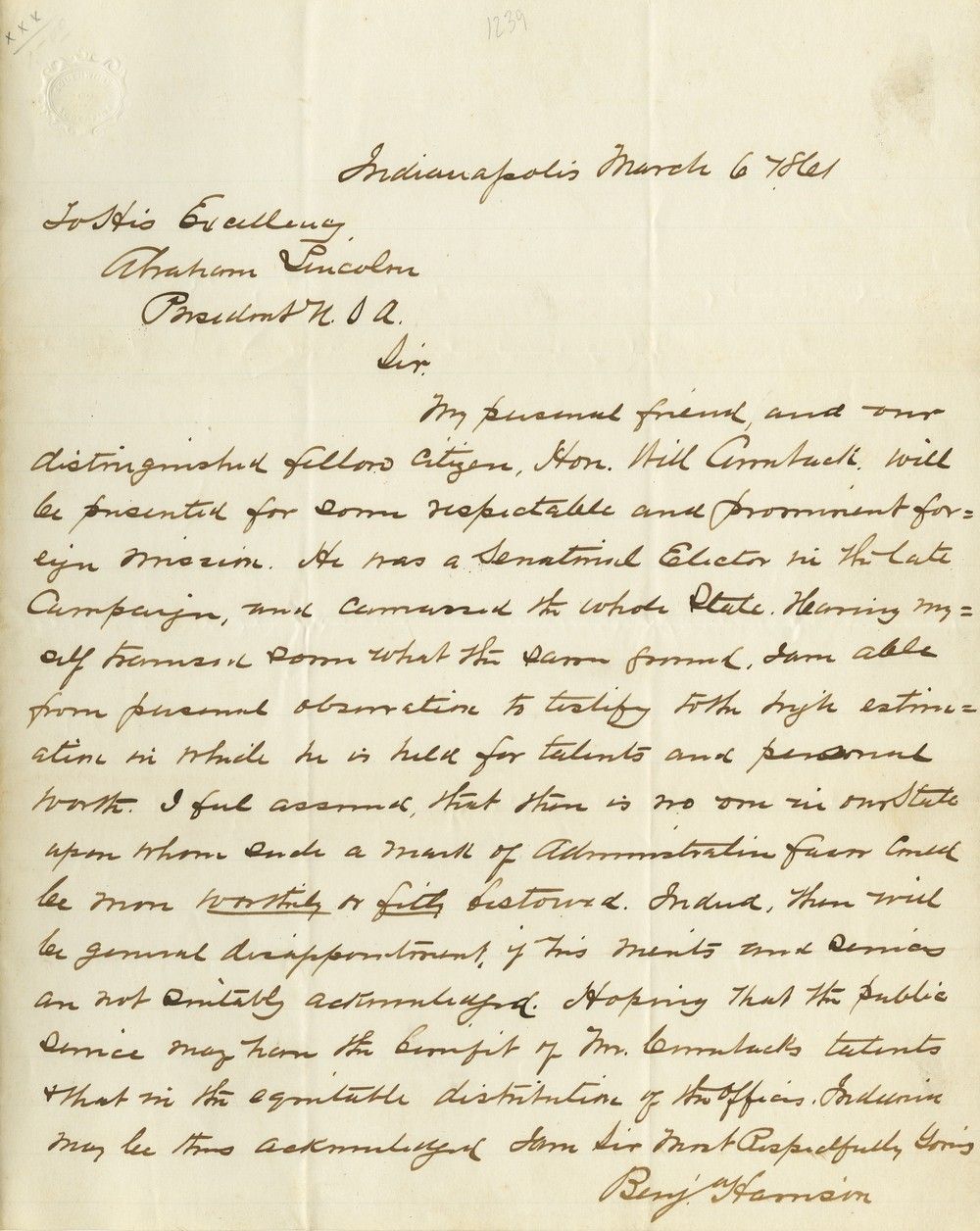 Lawyer Harrison made more than eighty stump speeches for lawyer Lincoln in 1860 and so, on just the second day of Lincoln’s presidency, Harrison writes with confidence to the president about  “equitable distribution of the offices.” Lest Indiana be slighted, Harrison endorses Senatorial Elector and Lincoln canvasser Will Cumback as worthy of “a mark of Administrative favor.”  Lincoln didn’t need to be asked twice – although it seems that every Republican in Indiana asked once. Former Congressman Cumback was appointed a paymaster.
Autograph Letter Signed, 1 page, quarto, Indianapolis, March 5, 1861. To President Abraham Lincoln.
Read More 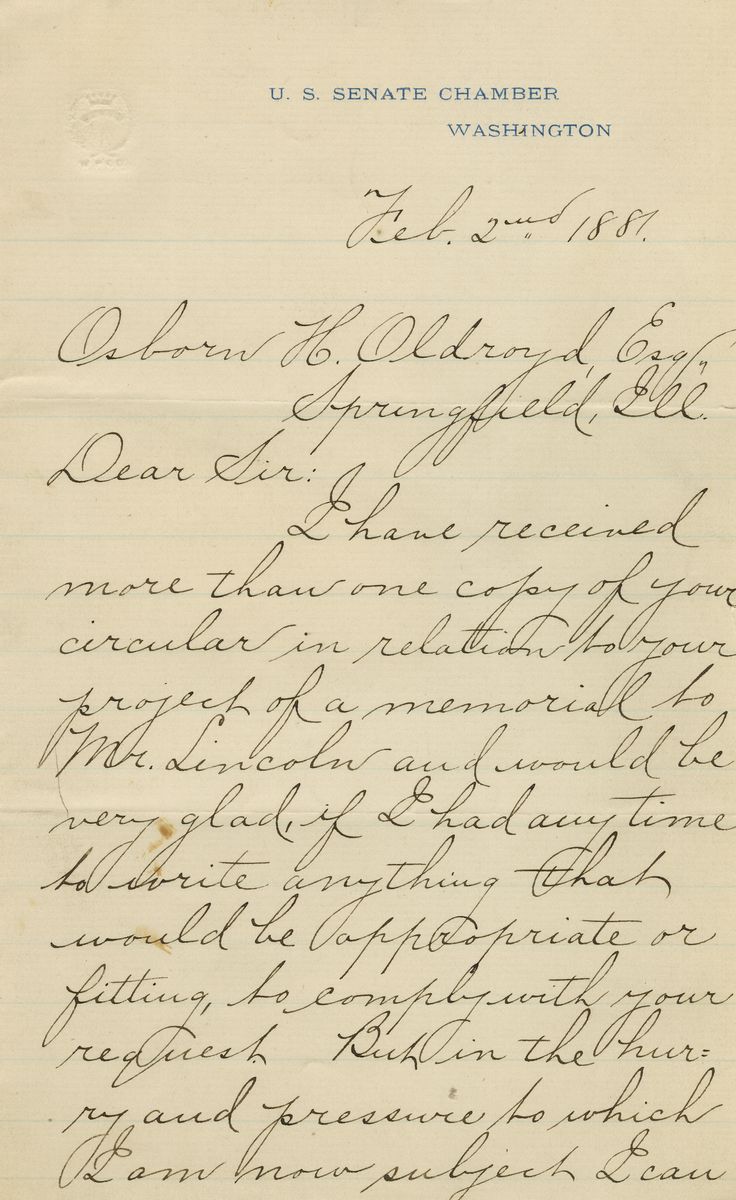 To His Excellency
Abraham Lincoln
President  U. S A. [sic]

My personal friend, and our distinguished fellow citizen, Hon. Will Cumback, will be presented for some respectable and prominent foreign mission. He was a Senatorial Elector in the late Campaign, and canvassed the whole State.  Having myself traversed some what the same ground, I am able from personal observation to testify to the high estimation in which he is held for talents and personal worth.  I feel assured, that there is no one in our State upon whom such a mark of Administrative favor could be more worthily or fitly bestowed. Indeed, there will be general disappointment, if his merits and services are not suitably acknowledged.  Hoping that the public service may have the benefit of Mr. Cumbacks [sic] talents & that in the equitable distribution of the offices, Indiana may be thus acknowledged

I am Sir Most Respectfully Yours 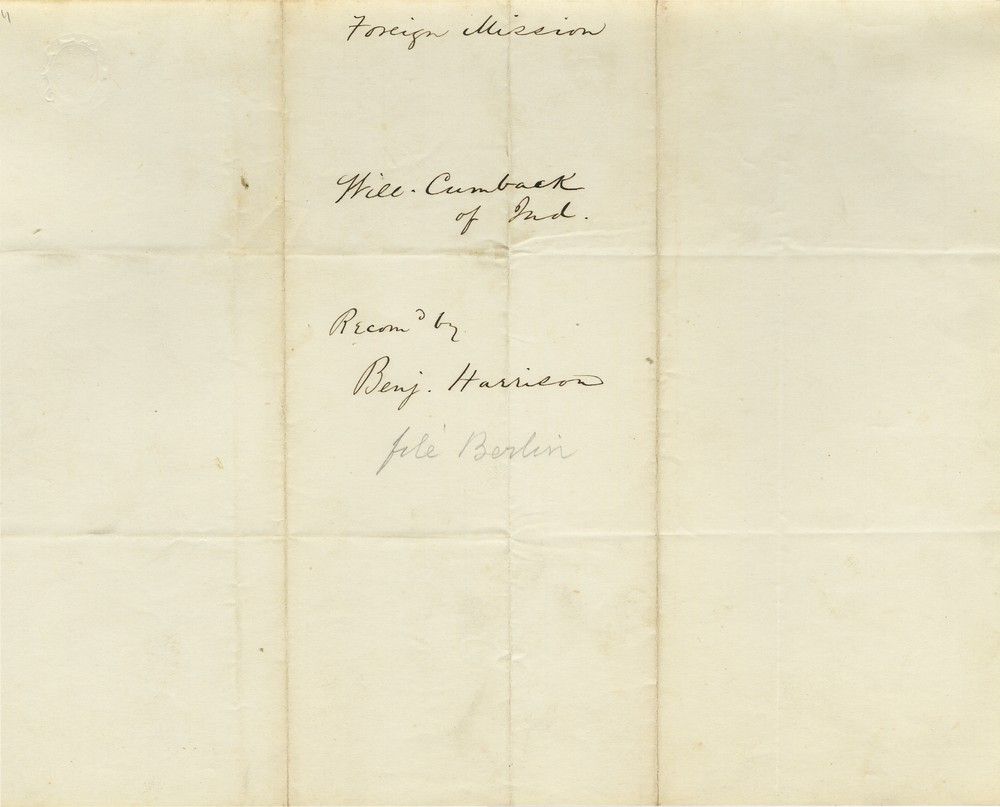 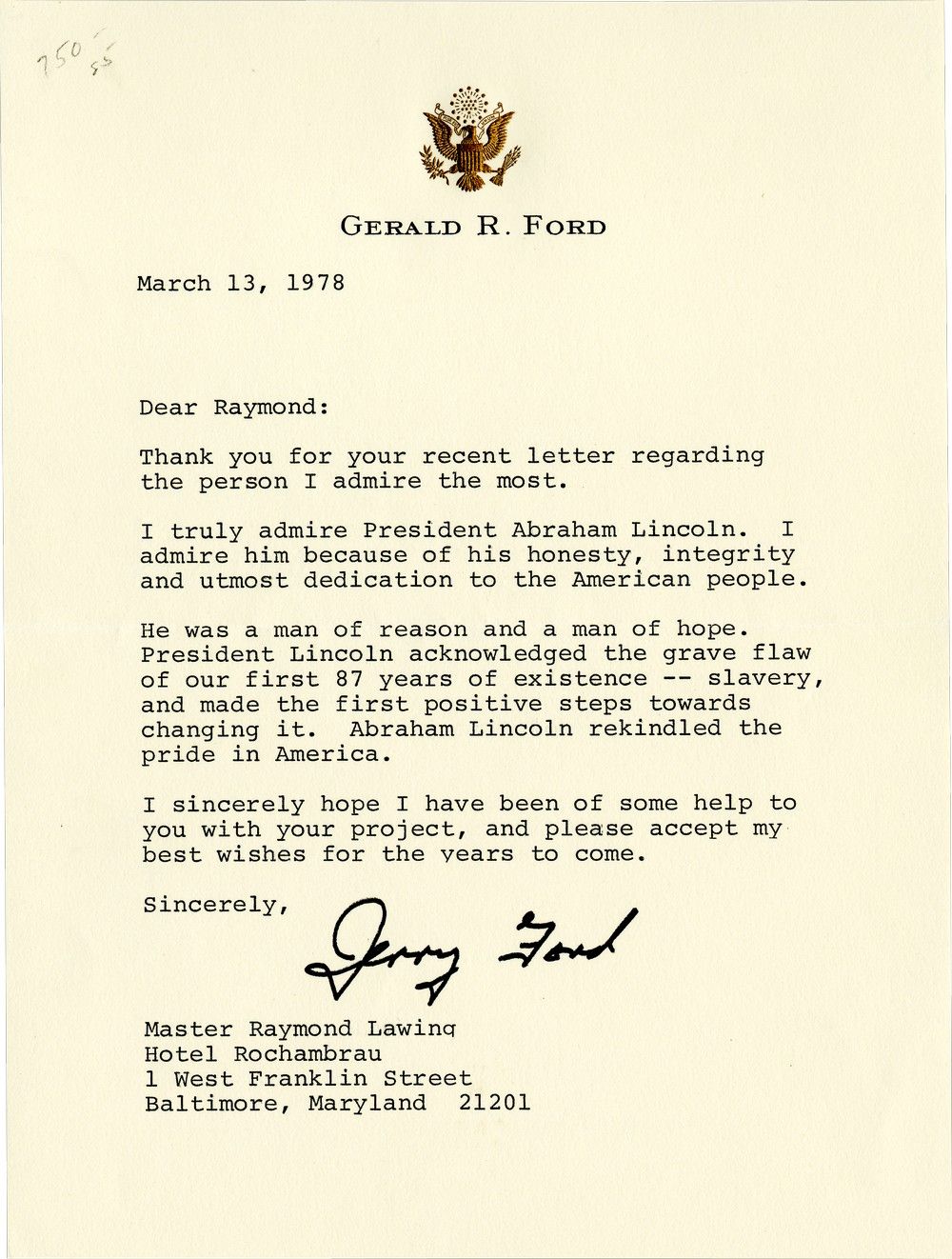 President Gerald Ford Writes About His Admiration of Abraham Lincoln