Third Term President Roosevelt Writes to Harry Woodring: "Our Democratic Way Of Life Is At Stake" 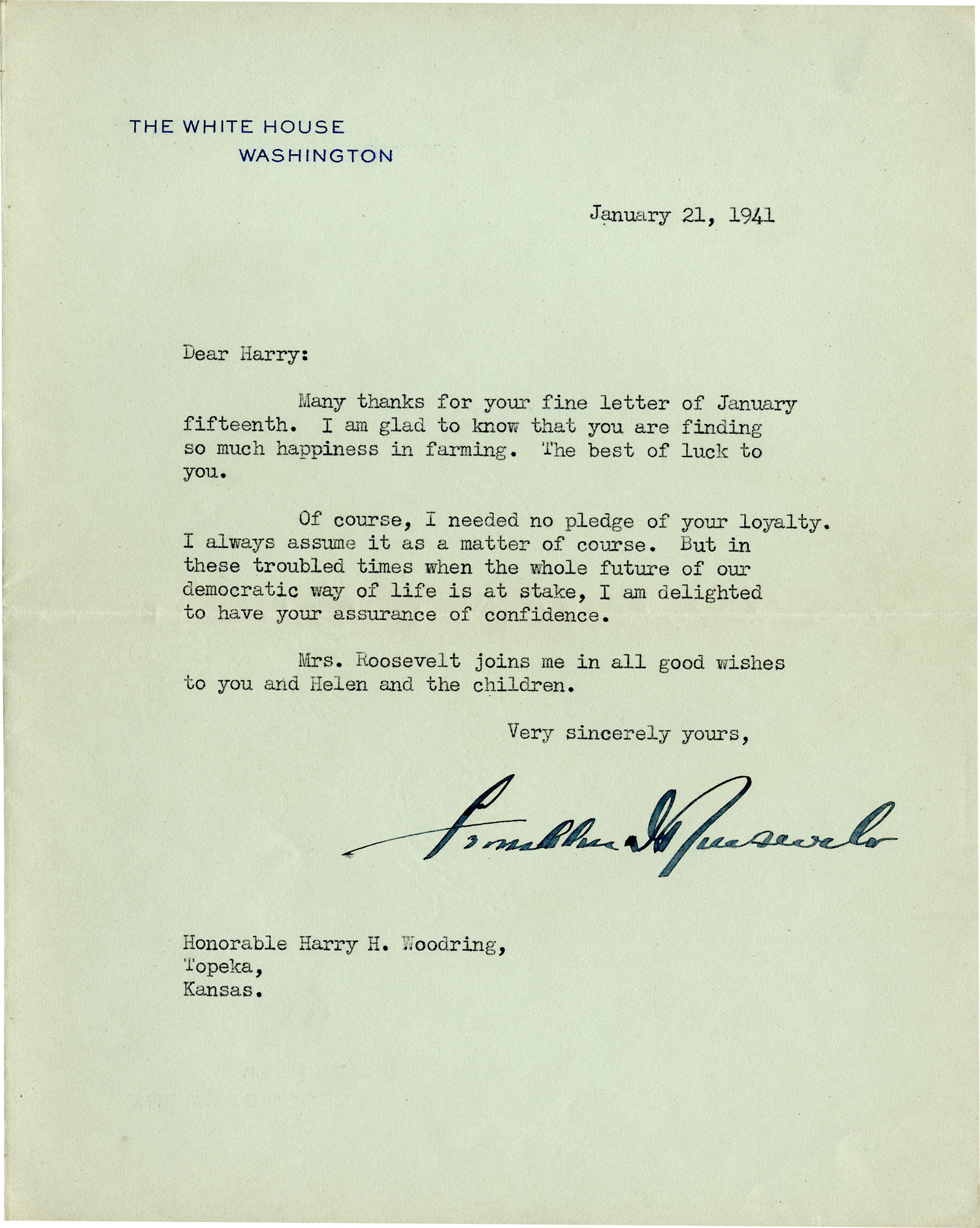 After their (very public) falling out in the summer of 1940, the continued correspondence between President Franklin Roosevelt and Harry Woodring shows that the two men had mended fences. Woodring sent a good-natured letter to Roosevelt on January 15th, 1941, in which he pledged his continued loyalty, and Roosevelt responded warmly on January 21st, the day after his unprecedented third inauguration.

The war in Europe continued to weigh heavily on Roosevelt’s mind. He had just delivered his famous “Four Freedoms” speech as part of the State of the Union address on January 6th, and on January 10th he introduced the Lend-Lease program to Congress. Roosevelt writes to Woodring that “in these troubled times when the whole future of our democratic way of life is at stake, I am delighted to have your assurance of confidence.”

However, one could also read this as a passive-aggressive swipe at Woodring. The main reason that Roosevelt required Woodring’s resignation in the first place was because Woodring would not agree to send B-17s to England. Woodring was more worried about the weakening of U.S. defense capabilities than about the long-term consequences of a Nazi-dominated Europe. Roosevelt, on the other hand, believed the Nazi threat to be so immediate that it required diverting American weaponry to support the Allied cause. Therefore, even as Roosevelt cordially accepts his friend’s loyalty, he includes something of a backhanded compliment – a reminder to Woodring of the seriousness of the Nazi threat to the American way of life.

Many thanks for your fine letter of January fifteenth.  I am glad to know that you are finding so much happiness in farming.  The best of luck to you.

Of course, I needed no pledge of your loyalty.  I always assume it as a matter of course.  But in these troubled times when the whole future of our democratic way of life is at stake, I am delighted to have your assurance of confidence.

Mrs. Roosevelt joins me in all good wishes to you and Helen and the children.