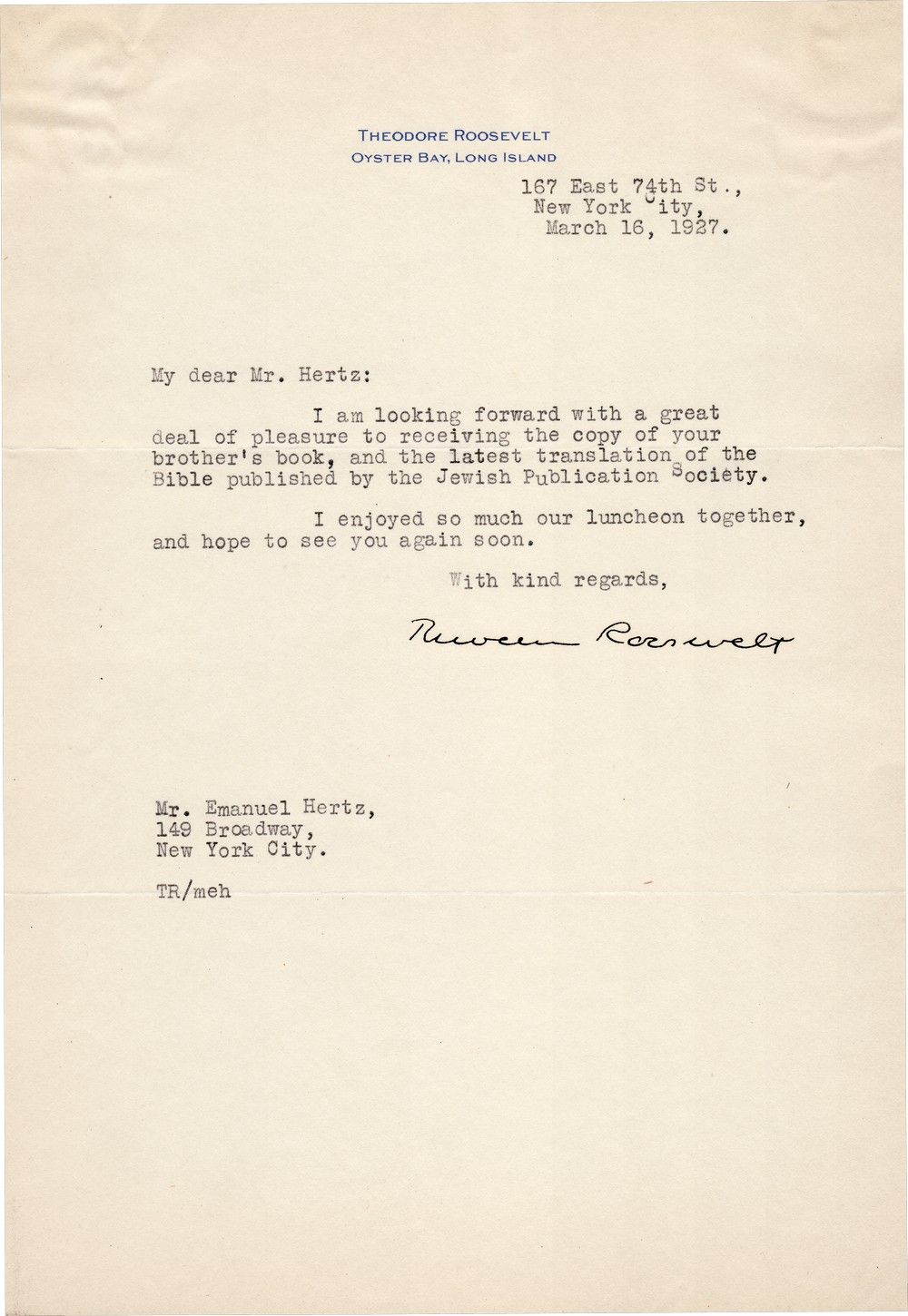 The scion of the (Theodore Sr.) Roosevelt family must have had an interesting lunch, indeed, with Lincoln biographer and Jewish activist Emanuel Hertz, for here he not only says he enjoyed himself, but declares he looks forward “with a great deal of pleasure” to receiving a copy of Hertz’s brother’s book -  Rabbi Joseph H. Hertz’s A Book of Jewish Thoughts - as well as “the latest translation of the Bible published by the Jewish Publication Society.”

I am looking forward with a great deal of pleasure to receiving the copy of your brother's book, and the latest translation of the Bible published by the Jewish Publication Society.

I enjoyed so much our luncheon together, and hope to see you again soon. 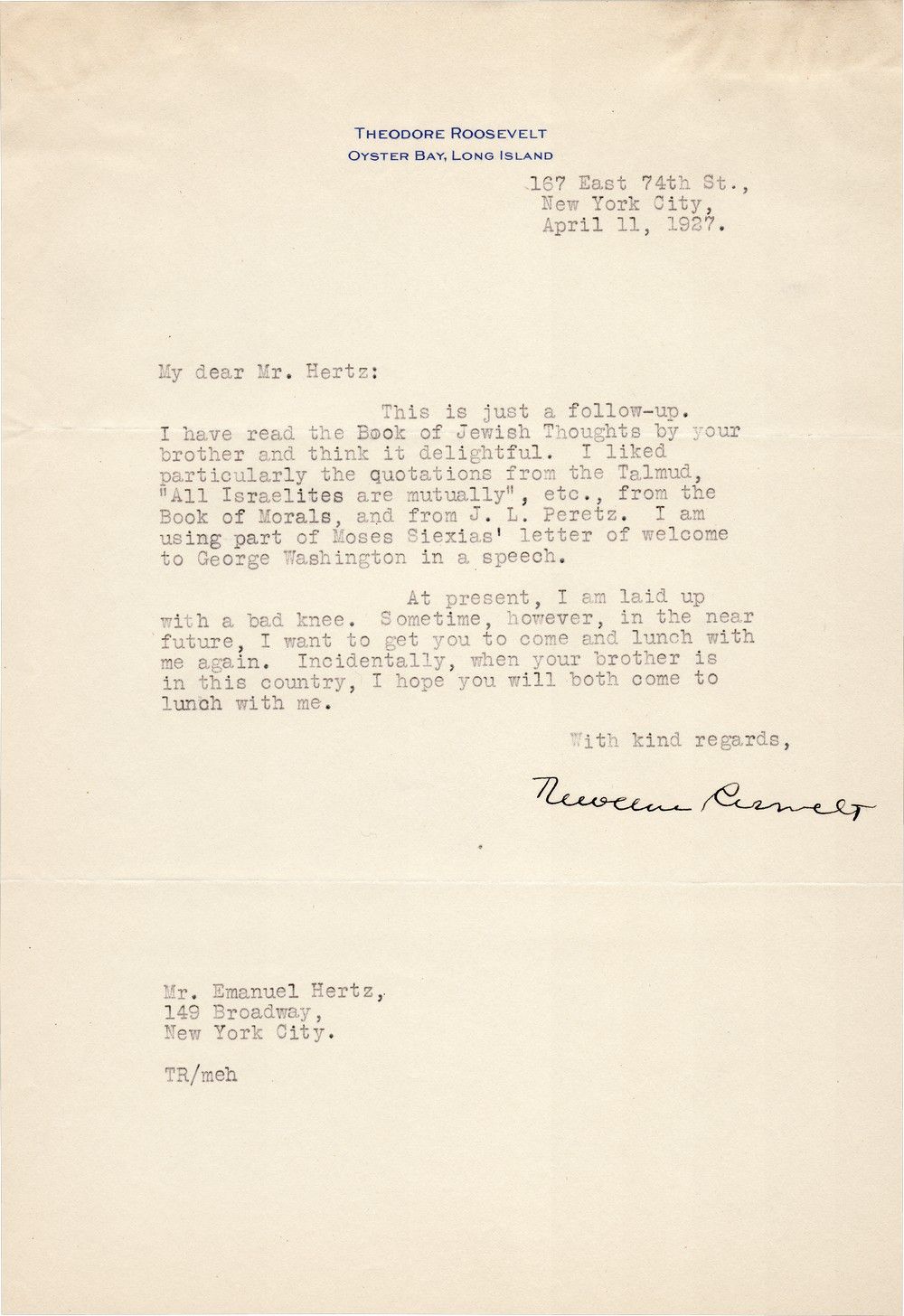 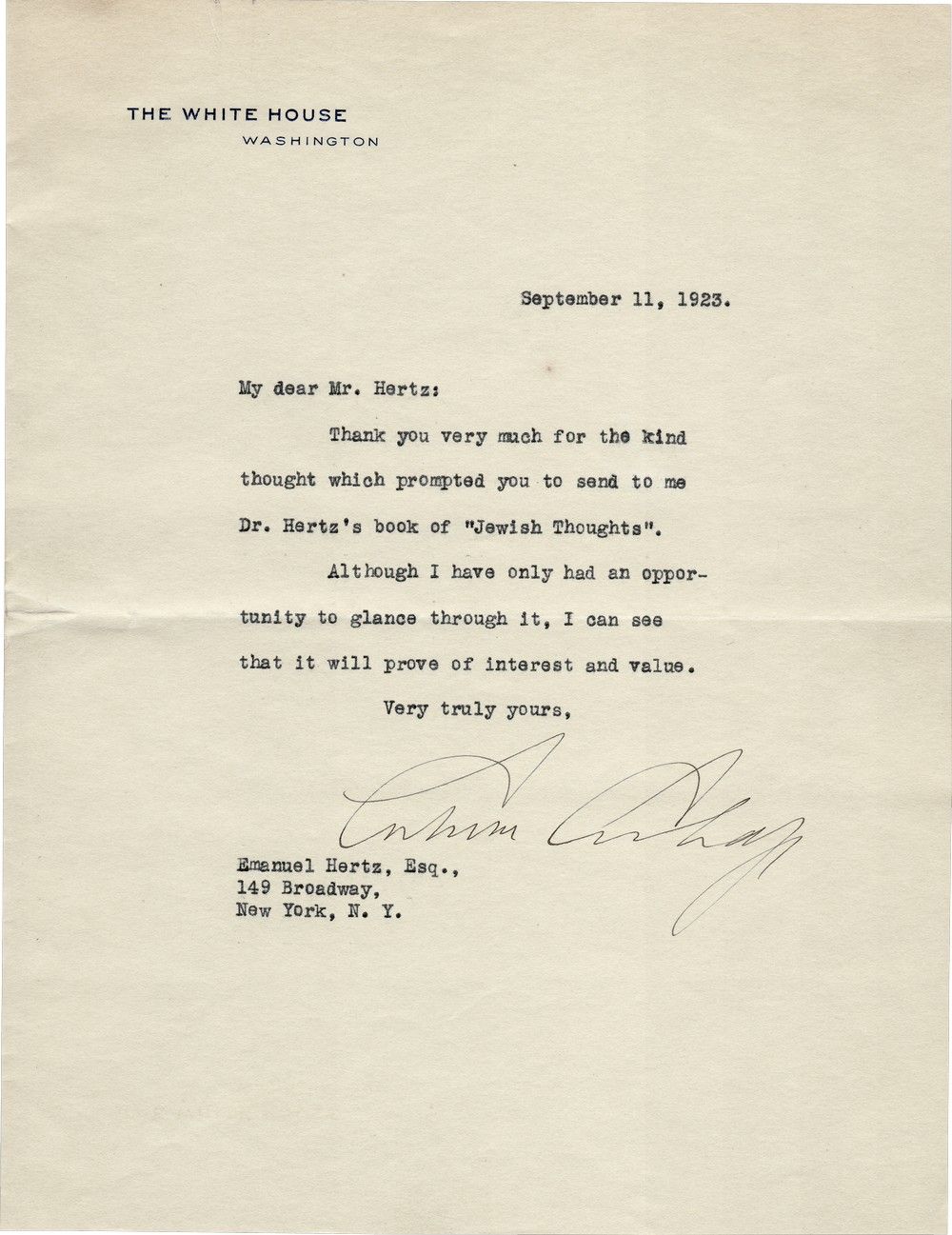