From the moment Herzl wrote, in his 1896 essay The Jewish State, that anti-Semitism was not an individual problem but a national one, and that until the Jews had a state of their own persecution was inevitable, he became a celebrity. His fame was short-lived, unfortunately, for he died just eight years later – mostly of overwork. Here is a rare Signed Photo of the man who, more than any man since Moses, changed the course of Jewish history.
Signed Photo, incorporated in an Autograph Note Signed (“Th. Herzl”), in German, 2 pages, recto and verso, oblong duodecimo, being a green-tinted postcard, [Vienna], December 10, 1898. To Miss Fini Ungar in Vienna.
Read More

Here is the picture you desired signed and with postmark 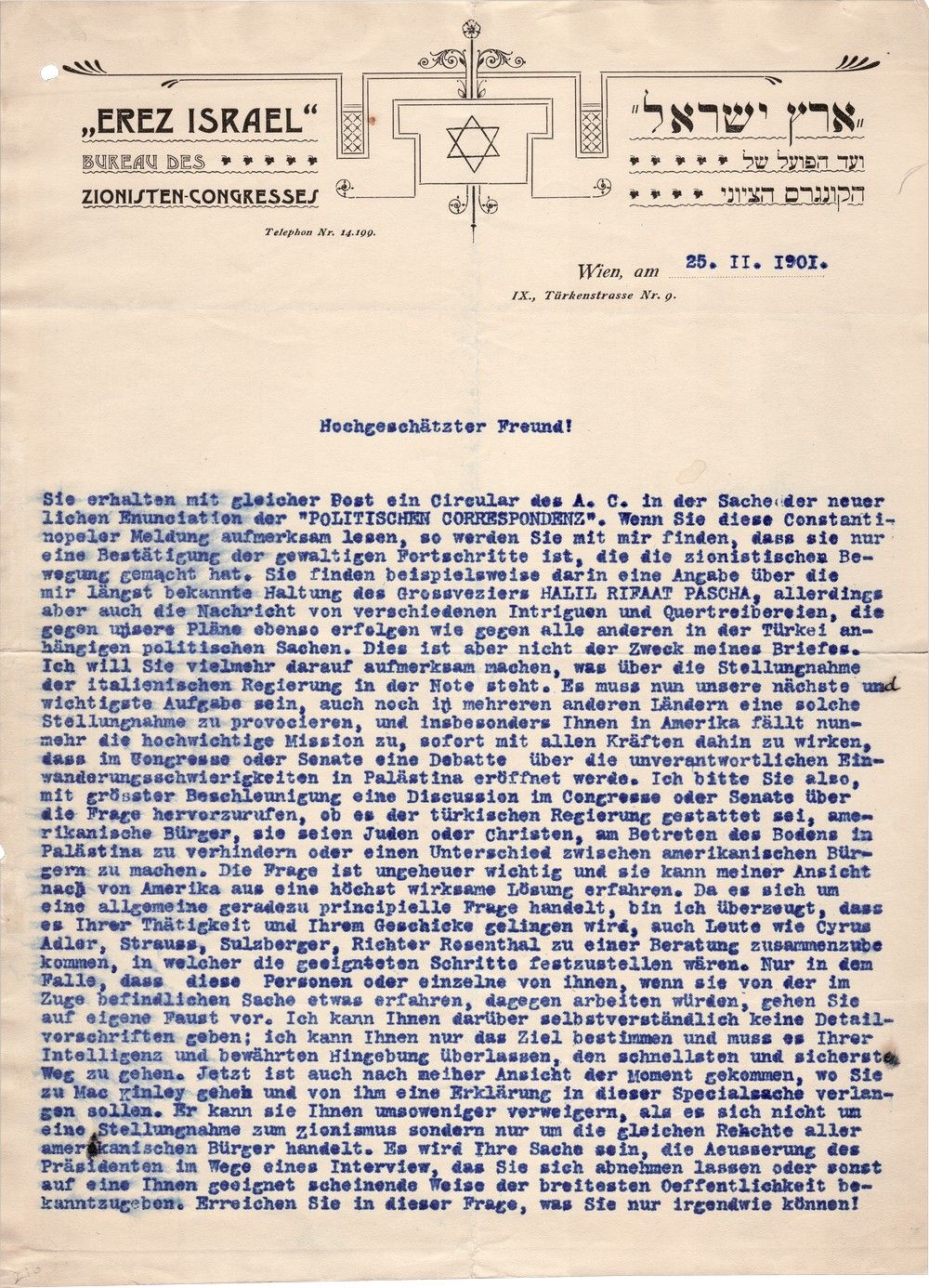