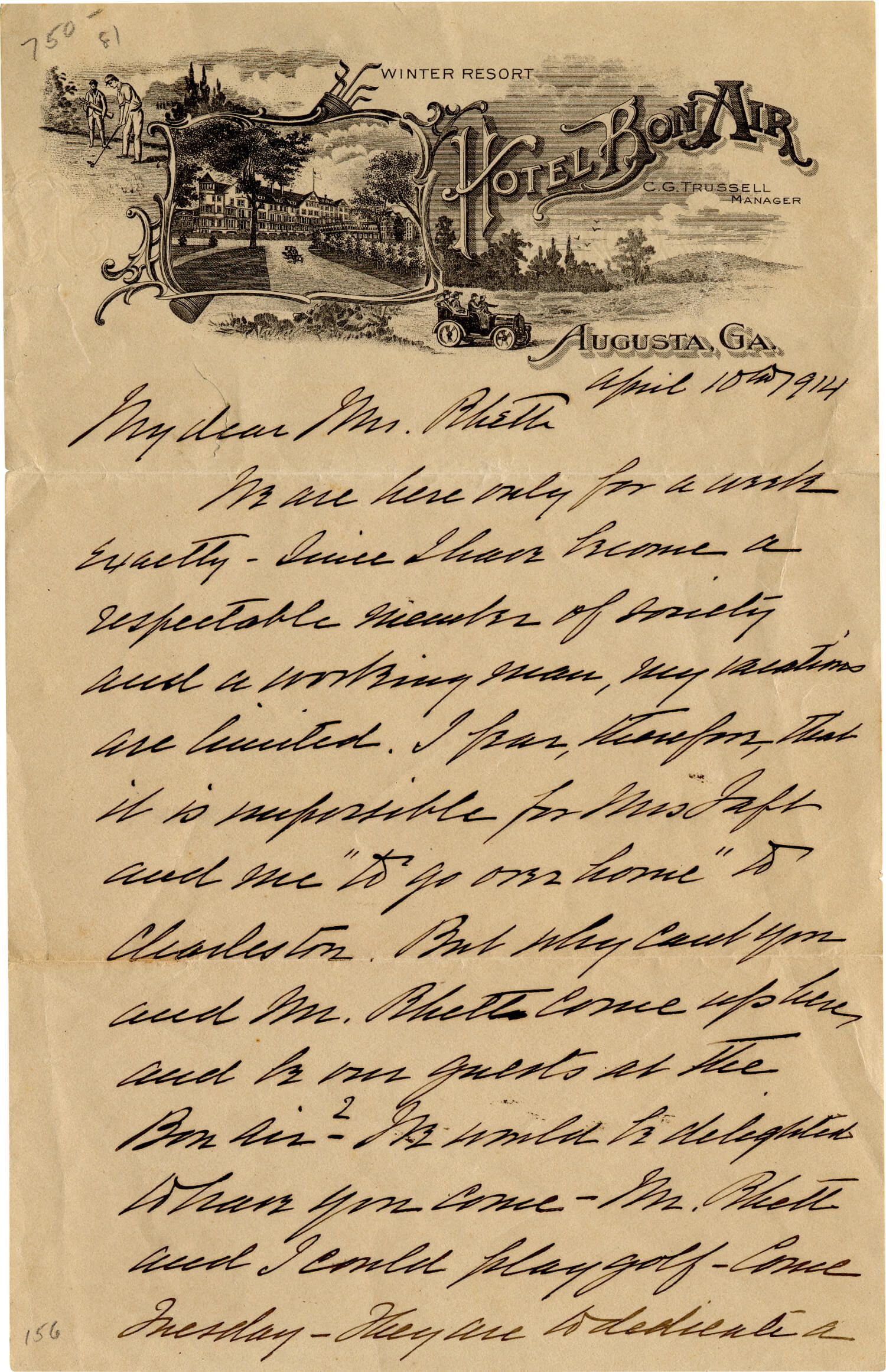 William Howard Taft, who hated the presidency, was not unhappy to lose it, really - and with it, the extra pounds he gained in office, having taken such solace in nine-course dinners that his weight ballooned from two hundred eighty seven to three hundred fifty-five. Here he happily relates that in his now “honest life”, he has lost eighty pounds. Of equal joy is that he writes from a golf course – one which would, in time, become the Augusta National Golf Club – and invites Mrs. Rhett, and her husband, the Mayor of Charleston, to join him there. Somehow, South Carolina Senator Benjamin R. “Pitchfork Ben” Tillman rates a mention in this connection: Taft says he no longer hesitates to associate with him. He adds that he will dedicate a bridge on the Bon Air links named in honor of his late much-lamented military aide, Major Archibald Butt, who heroically perished in the Titanic disaster.

Taft, not incidentally, was the most avid golfer in presidential history and, characteristically, one of the worst.
Autograph Letter Signed, 2 pages, quarto, on the decorative letterhead of the Hotel Bon Air, Augusta, Georgia. April 10, 1914. To Mrs. Rhett.
Read More

We are here only for a week exactly - Since I have become a respectable member of society and a working man, my vacations are limited.  I fear, therefore, that it is impossible for Mrs Taft and me "to go over home" to Charleston.  But why cant you and Mr. Rhett come up here and be our guests at the Bon Air?  We would be delighted to have you come -- Mr. Rhett and I could play golf -- Come Tuesday -- They are to dedicate a 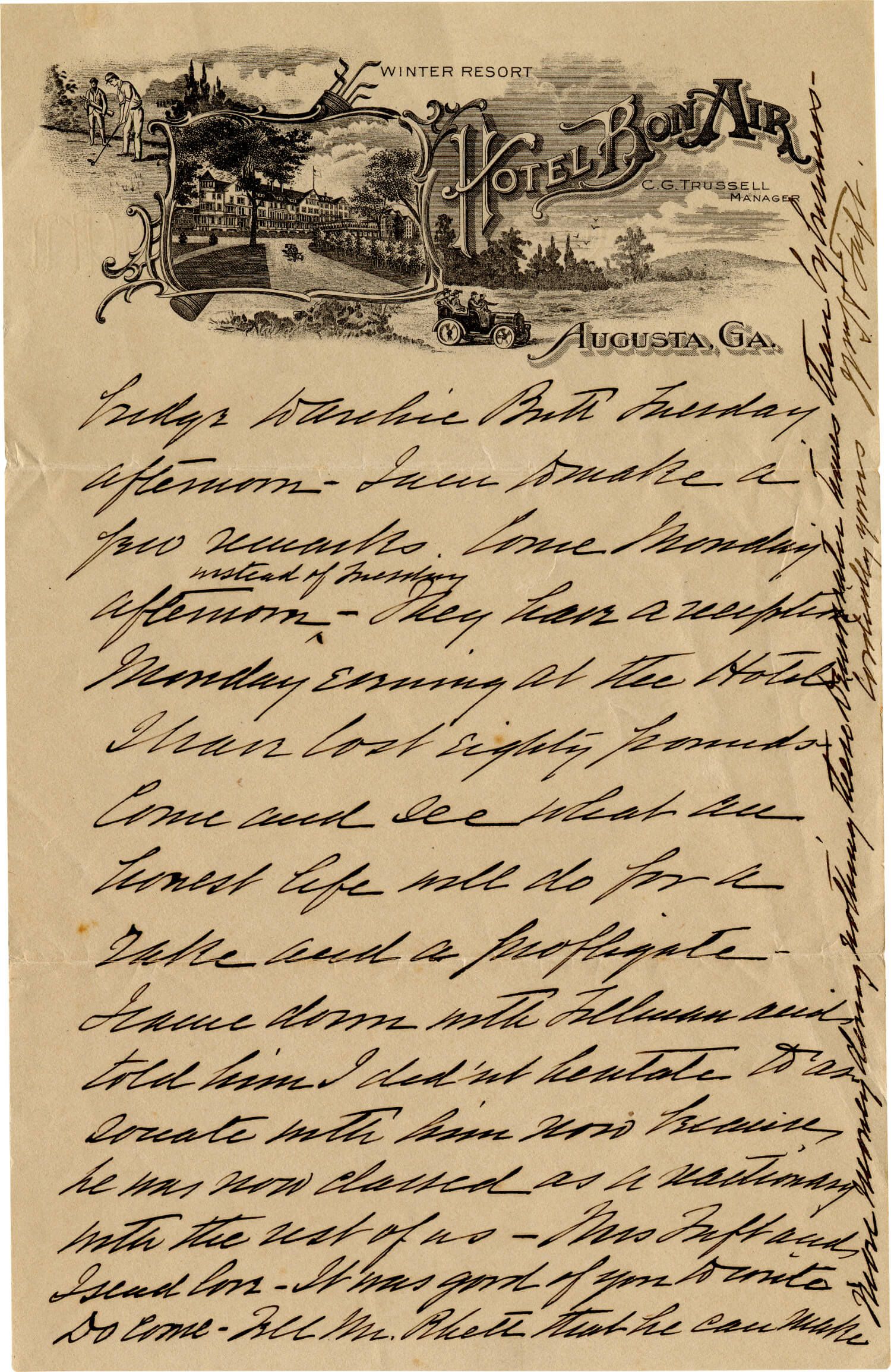 bridge to Archie Butt Tuesday afternoon -- I am to make few remarks.  Come Monday afternoon^ -- instead of Tuesday [sic] They have a reception Monday evening at the Hotel-- I have lost eighty pounds-- Come and see what an honest life will do for a rake and a profligate--  I came down with Tillman and told him I didn't hesitate to associate with him now because he was now classed as a reactionary with the rest of us-- Mrs Taft and I send love--  It was good of you to write-- Do come-- Tell Mr. Rhett that he can make more money doing nothing these Democratic Times than by business--