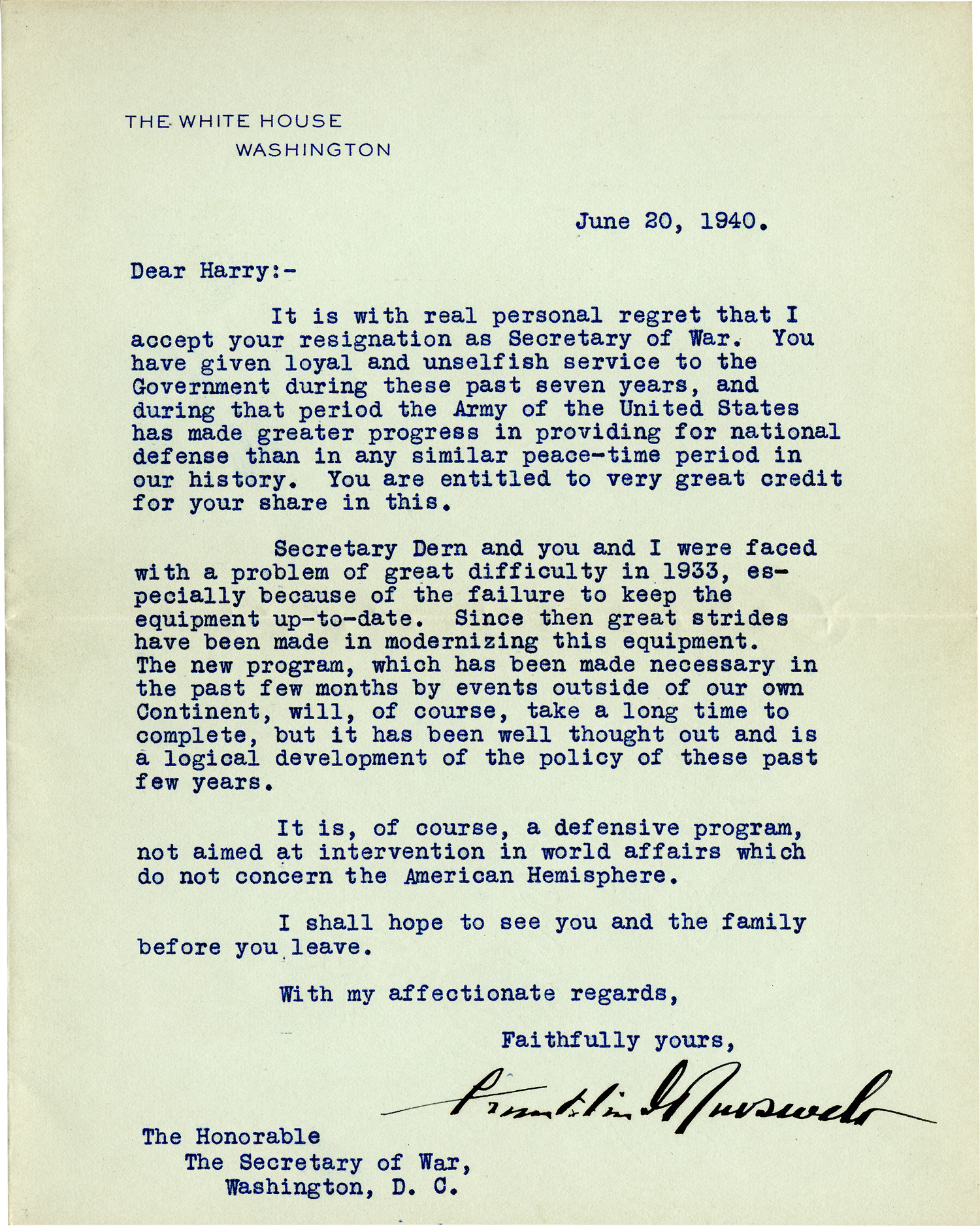 On June 20th, 1940, the very day that he accepted Secretary of War Harry Woodring’s resignation, President Franklin Roosevelt declared his dual policy of rearmament and material aid to the British. This was an important move. Roosevelt had decided that between the fall of Paris and pressure from London, he needed to create a war cabinet. And that’s just what he did. Roosevelt replaced Woodring with Harry Stimson, a known advocate for interventionism.

Stimson had served as William Taft’s Secretary of War between 1911-1913, and then as Herbert Hoover’s Secretary of State. He also replaced Secretary of the Navy Charles Edison with Colonel Frank Knox, who had been the Republican vice presidential nominee of Alf Landon in 1936. Those two positions were probably the two most important in preparing to fight a war. Both Stimson and Knox were Republicans, and the Democratic president declared that he wanted to avoid partisan disputes and create “national solidarity in a time of world crisis.”

But Roosevelt’s move was self-serving, too. Although he publicly refused to admit it at the time – perhaps because he had not yet made up his mind – Roosevelt was on the cusp of seeking an unprecedented third term. He would be nominated at the Democratic national convention on July 18th, 1940. Not coincidentally, his June 20th announcement to nominate the two Republicans came only days before the Republican national convention. So, while Roosevelt aimed to ready the country for another war he also wanted to take some wind from the sails of the Republican gathering, which would nominate Wendell Willkie for president and, predictably, denounce Roosevelt’s domestic and international policies.

It seems that Roosevelt’s primary purpose in writing this letter was to placate his friend. His tone is friendly and gentle, and he praises Woodring for his contributions to the national defense. Roosevelt rightly acknowledges the challenges of finding the funds to update the army and navy during the Great Depression. He goes on to insist, somewhat speciously, that the United States would not join any war outside of the Western hemisphere, very similar to Woodrow Wilson in the years leading up to American involvement in WWI and Lyndon Johnson, decades later, leading up to the quagmire in Vietnam. Roosevelt writes to Woodring about American military preparedness: “It is, of course, a defensive program, not aimed at intervention in world affairs which do not concern the American Hemisphere.” Roosevelt’s reference to the American hemisphere was intentional, of course. In doing so, he communicated his intention to remain true to the Monroe Doctrine of 1823, a cornerstone of U.S. foreign policy, which warned Europe to stay out of the American hemisphere and, in return, pledged the United States to remain out of Europe’s affairs.

Woodring’s resignation letter caused quite a stir in Congress and the press. The White House refused to release the contents of Woodring’s letter, declaring it was “too personal.” But the letter, quite obviously, was not that personal. Rather, the White House simply did not want to invite even more attacks on its policy shift that involved offering more assistance to England. The White House did release the entirety of Roosevelt’s reply to Woodring, and many newspapers reprinted the letter in its entirety.

When it came down to it, FDR and Woodring differed on how best to defend the United States. Indeed, both men thought in defensive terms, not offensive. For Woodring, that meant not diverting weaponry to England in order to maintain the strength of the U.S. arsenal. But for Roosevelt, the best U.S. defense meant assisting the Allied powers to prevent a German victory. And when the Commander in Chief and a member of the military establishment come into conflict – whether it’s FDR and Woodring or Lincoln and McClellan or Truman and MacArthur – the President has his way.

It is with real personal regret that I accept your resignation as Secretary of War.  You have given loyal and unselfish service to the Government during these past seven years, and during that period the Army of the United States has made greater progress in providing for national defense than in any similar peace-time period in our history. You are entitled to very great credit for your share in this.

Secretary Dern and you and I were faced with a problem of great difficulty in 1933, especially because of the failure to keep the equipment up-to-date.  Since then great strides have been made in modernizing this equipment.  The new program, which has been made necessary in the past few months by events outside of our own Continent, will, of course, take a long time to complete, but it has been well thought out and is a logical development of the policy of these past few years.

It is, of course, a defensive program, not aimed at intervention in world affairs which do not concern the American Hemishere.

I shall hope to see you and the family before you leave.

With my affectionate regards,

The Honorable
The Secretary of War,
Washington, D. C. 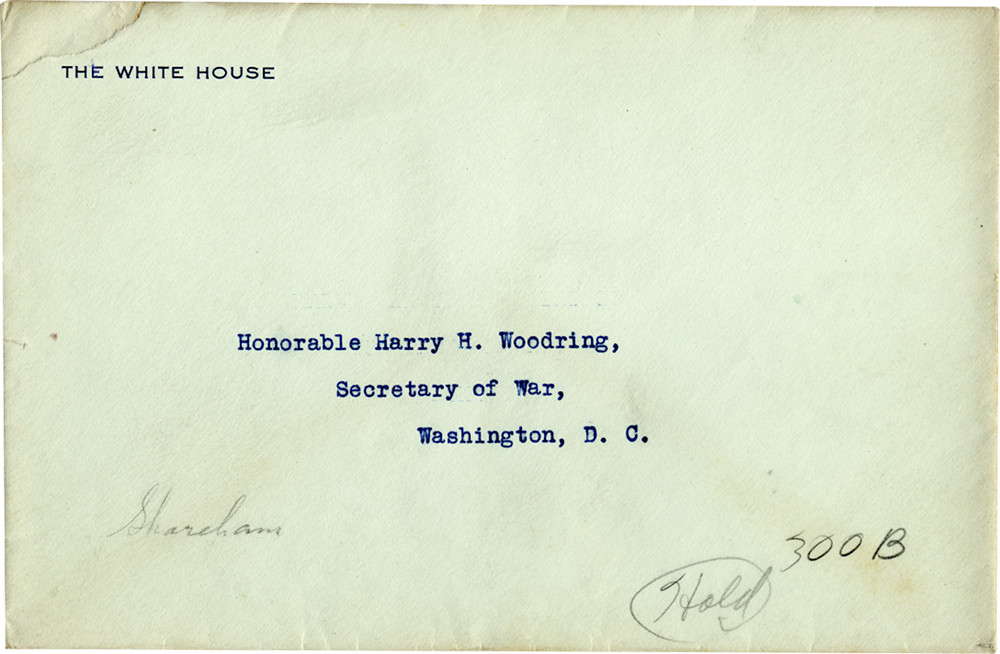