…The Hebrew Seers announce in time
The return of Judah to her prime;
Some Christians deemed it then at hand
Here was an object: Up and On.
With seed and tillage help renew –
Help reinstate the Holy Land…

- Herman Melville, Clarel:  A Poem and Pilgrimage in the Holy Land, 1876

Rape, murder, and robbery formed the basis of the “Outrage at Jaffa” – a vicious assault perpetrated in January 1858 by Arab bandits upon a family of American Christians  who, steeped in the Bible, travel accounts and millennialist fantasies, had come to the Holy Land as part of the American Agricultural Mission. Six months after the attack – reported around the world – what was left of the traumatized Dickson family left for the United States, albeit son Henry stayed behind a bit, to wrangle with the American Consul in Constantinople over possible restitution. This broadside, advertising his lecture on the “Customs, Ways of Living, Houses, Dress, Language, of which he has perfect knowledge, Treatment of Women, Modes of Conveyances, annoyances, &c” of Arab life, suggests that Henry might have needed money on his return. Dressed as “an Arab,” smoking a hookah, and exhibiting such rarities as matzo and pomegranates, Dickson took to the stage – until at least, the outbreak of war, when he enlisted at the first call for troops.

Herman Melville, visiting the Holy Land in 1857, paid a call on the Dicksons, recording, among other things, that the good Deacon thought the Jews “lazy” and unwilling to work – yet was determined (“inoculated with this preposterous Jew Mania”) to restore them to the land, and thus hasten the Second Coming.  Later, Melville would use the terrible experience of the Dicksons as the composite model for Nathan’s death in Clarel:  A Poem and Pilgrimage in the Holy Land, his epic about spiritual seeking, and displacement, in Palestine.
Broadside, advertisement, 1 page, folio, no date [circa 1858], no place.
Read More 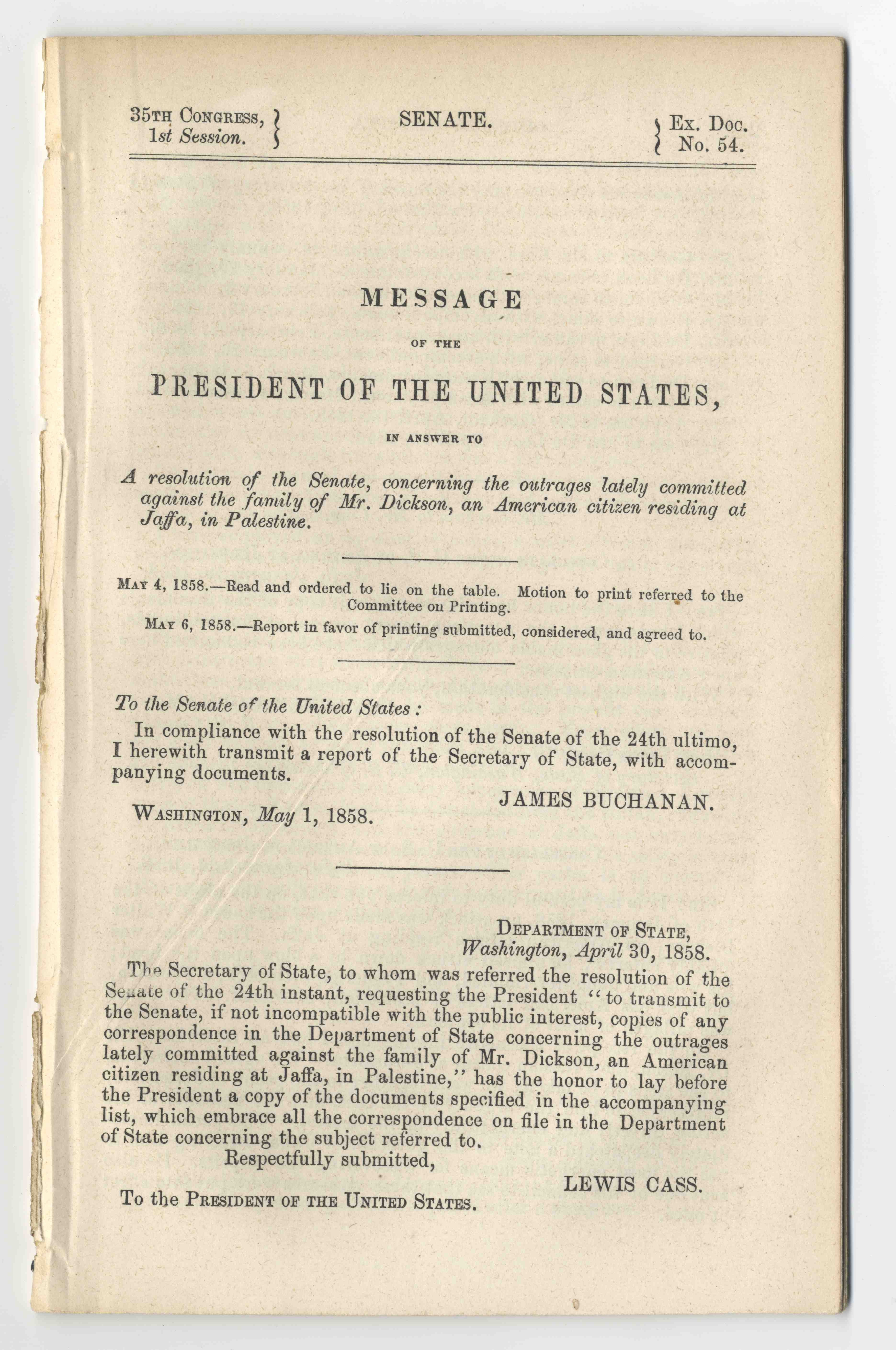 Mr. Dickson, having had five years experience of Arab life, is better able to give a full description of the manners and customs of that Country, than any one that has merely travelled through it.  His whole time was spent among the common people, those who are overlooked by travellers, and whose every day life is seldom known.  He will describe the Customs, Ways of Living, Houses, Dress, Language, of which he has perfect knowledge, Treatment of Women, Modes of Conveyance, annoyances, &c.  He will appear in full ARAB DRESS, of large flowing pants, long loose Arbaar, and tasseled Turban, and smoke his Sheeshee, (or pipe) with a STEM FOURTEEN FEET long!

Among his collection may be seen Jewish unleavened bread, Pomegranates, Olive Berries, Bread Fruit, Simsim, Banana Leaves five feet long, Olive Branches, Water from the Dead Sea, Wood from the Banks of the River Jordan, Scorpions, Centipedes, Lizards, Crabs, &c, &c,  A collection of Minerals from every place of note throughout the Holy Land.

This will afford the best opportunity ever offered of gaining a correct knowledge of Palestine, agreed by all to be the most interesting spot on the Globe.

It will be remembered that the Dickson Family were the sufferers by the late Outrage at Jaffa, when they were beaten, robbed and murdered!  He will give a thrilling narrative of that awful night.  His Father the next morning was covered with blood from terrible wounds on his head, his murdered brother lying on the floor, forming a scene that beggars description. 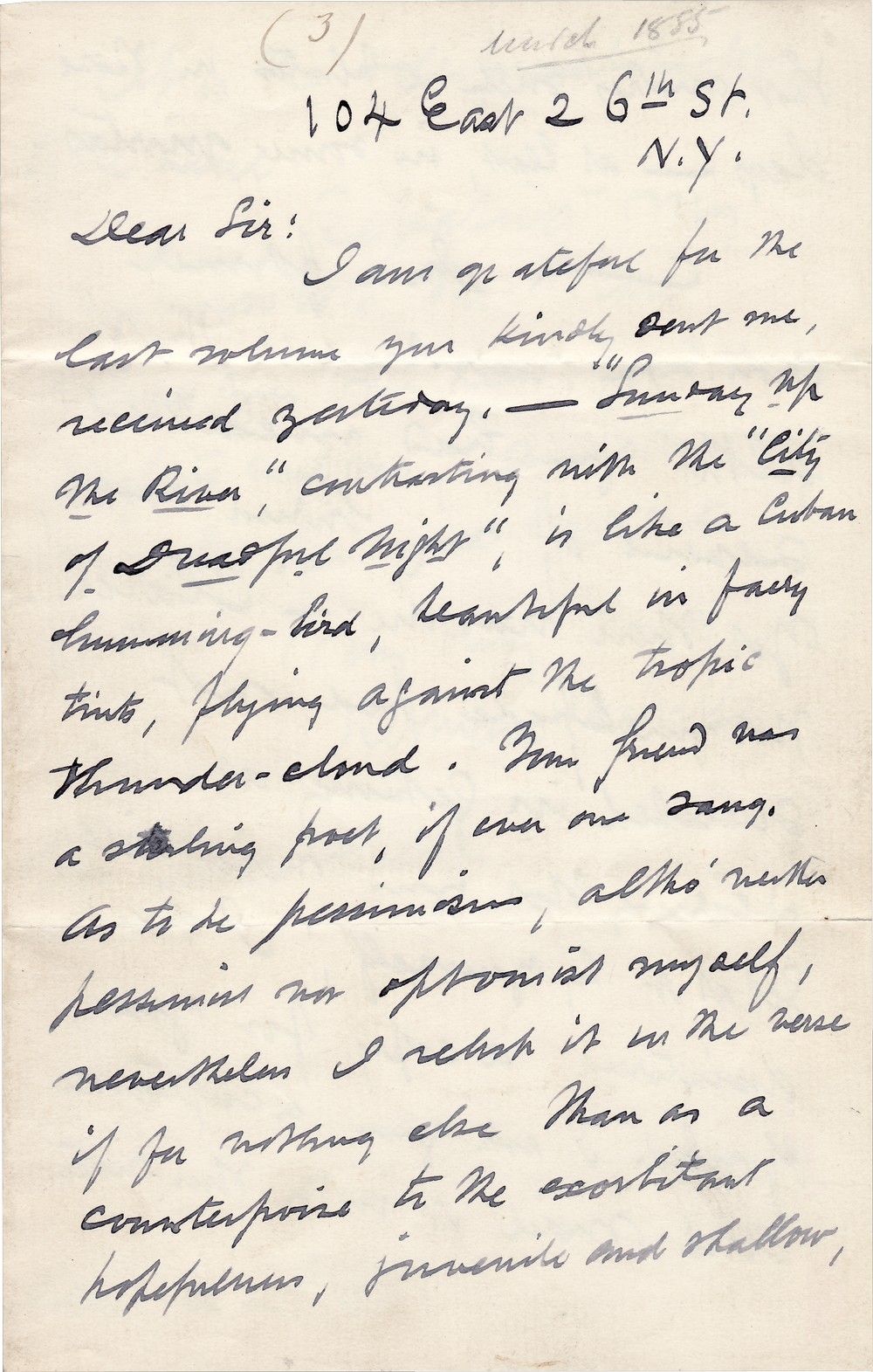 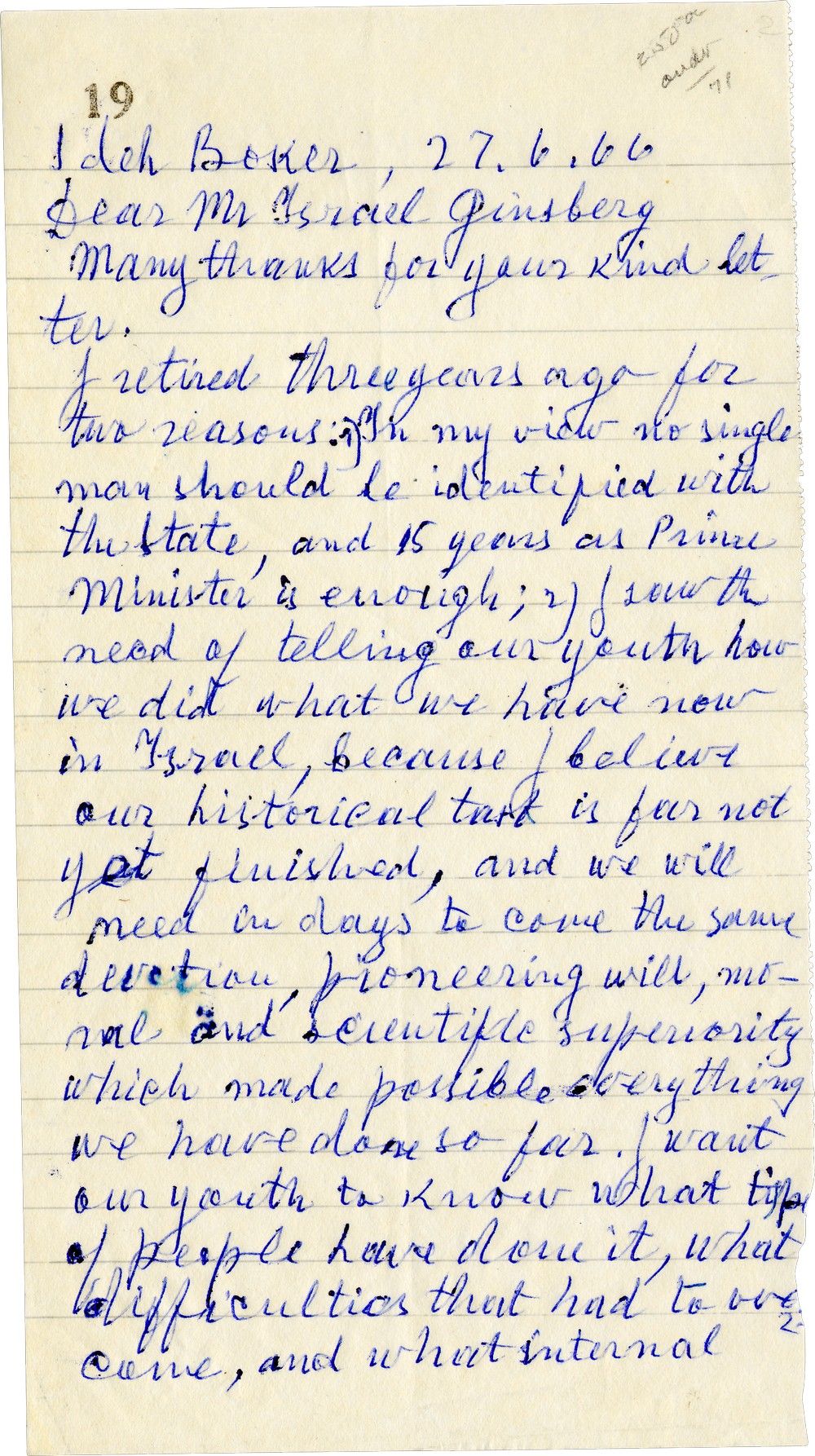 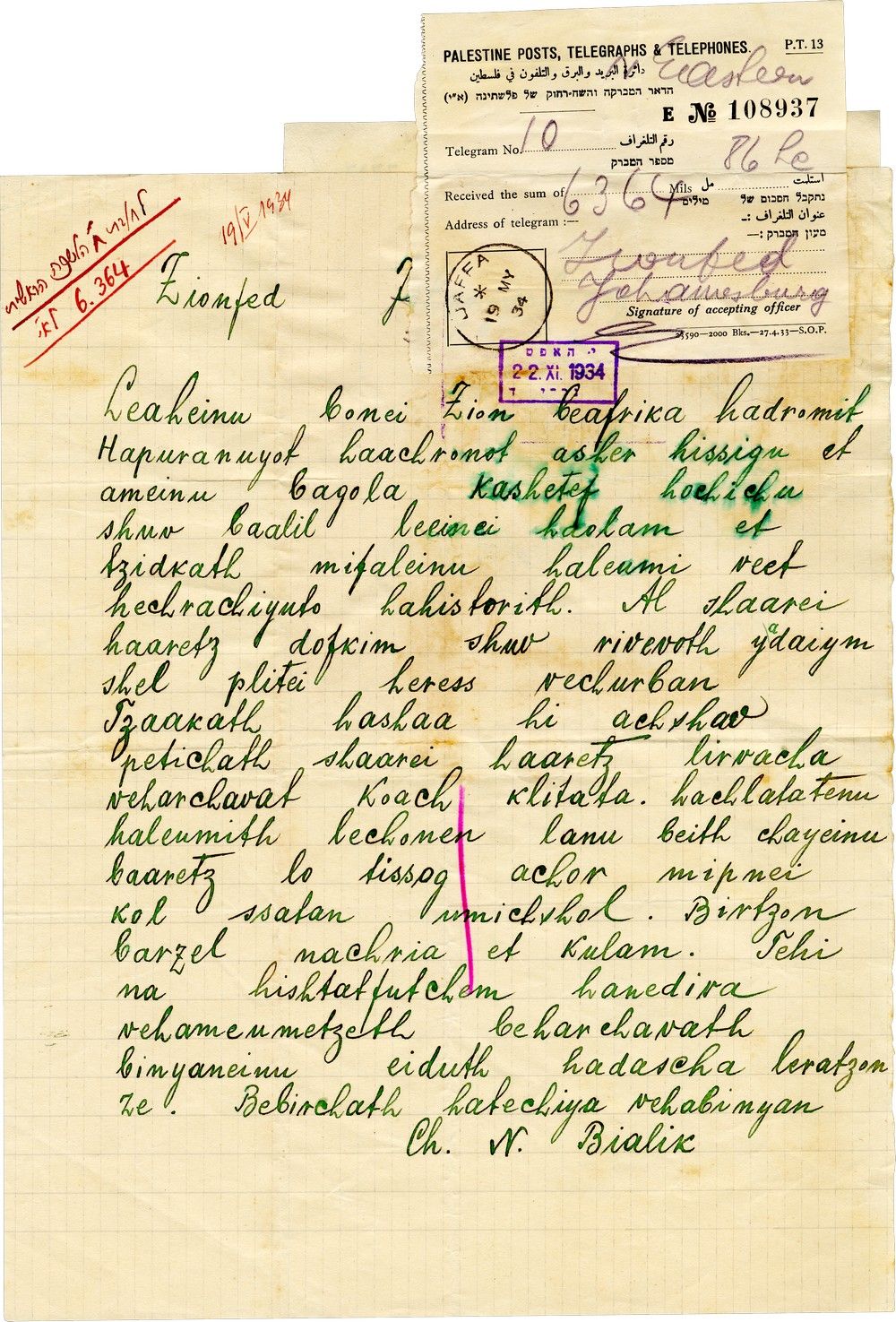