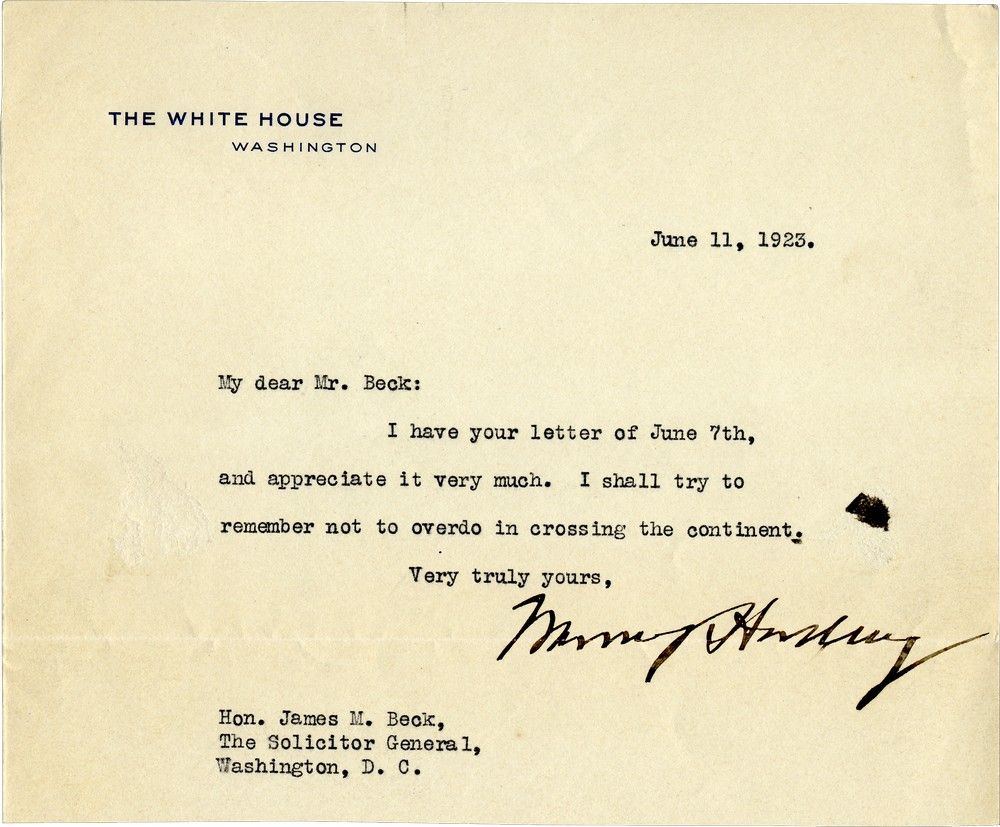 It was rumored Harding was poisoned; or that he killed himself, or his wife killed him; or he ate bad crabmeat, or had pneumonia, or suffered a fatal stroke. All good reasons, it seemed, to have an autopsy - which Mrs. Harding would not allow. It looked, to many, strange. Harding’s demise, however, like the man, was simple. He had high-blood pressure and as with so much that was unpleasant, he did his best to ignore it. By June of 1923, he desperately wanted ignore his presidency, too: the job he thought would be fun was anything but, and feeling overwhelmed and caged, worried and exhausted, he writes here of his sudden decision to make a 15,000 mile two-month trip around the country.

Harding says he will try not to “overdo” on his trip across the Continent – the strain of which would kill him. 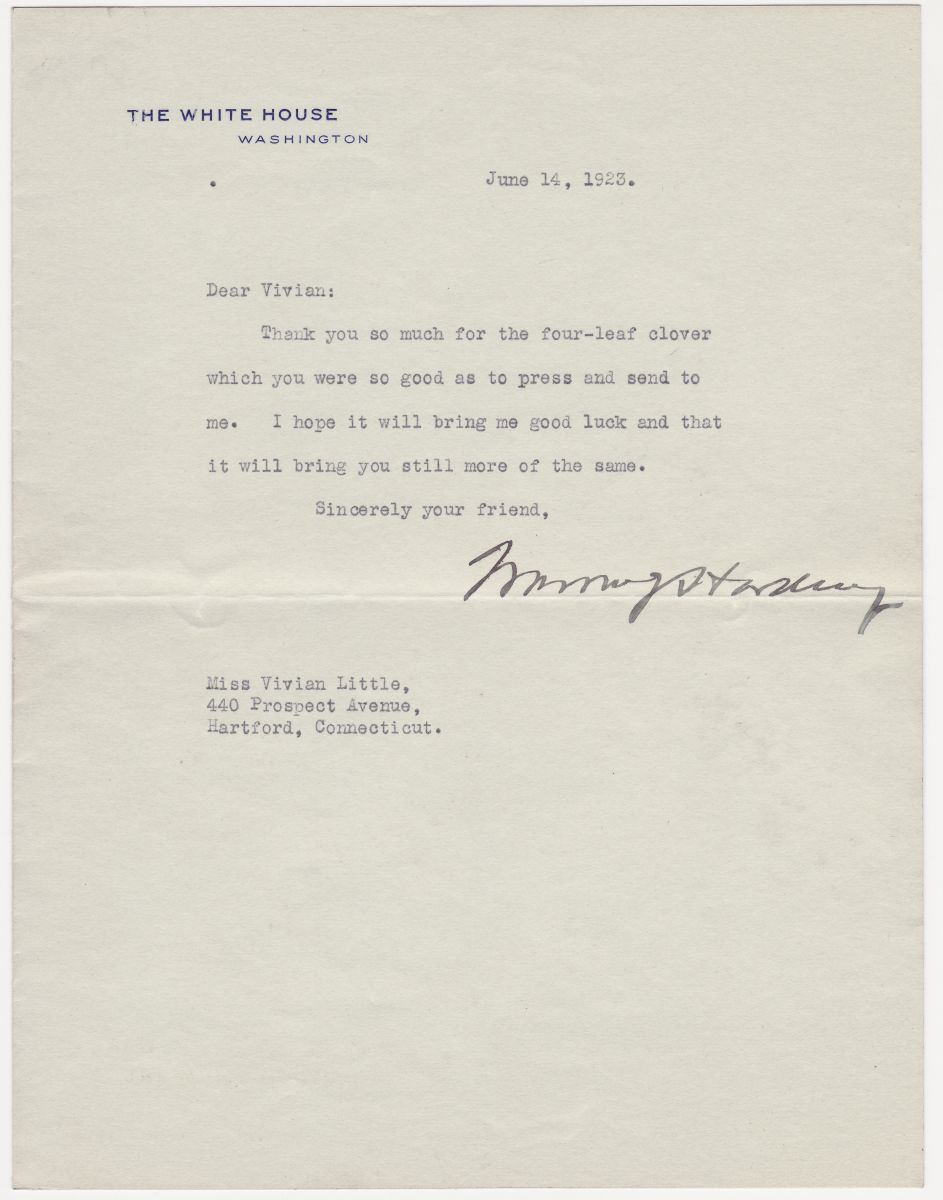 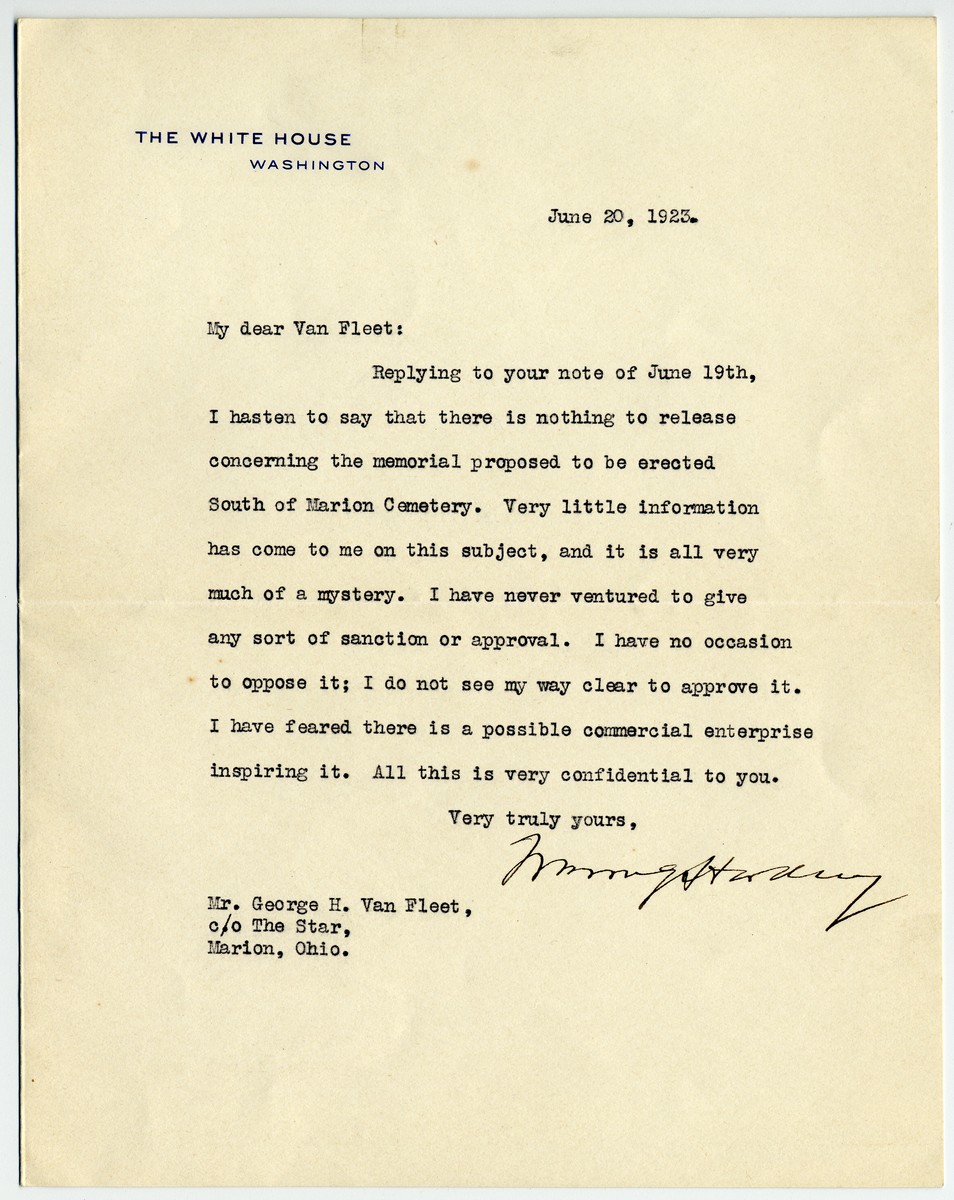 I have your letter of June 7th, and appreciate it very much.  I shall try to remember not to overdo in crossing the continent. 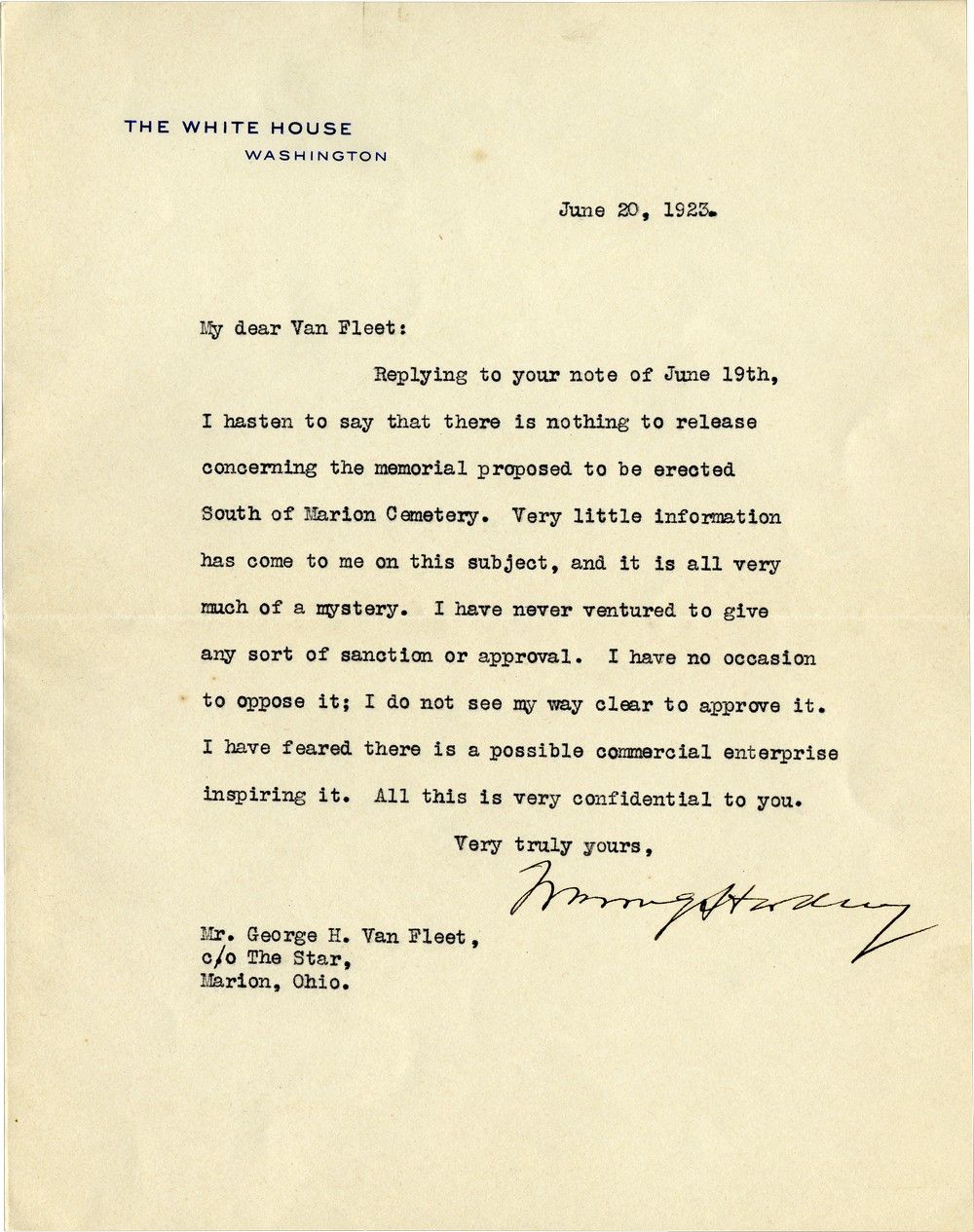 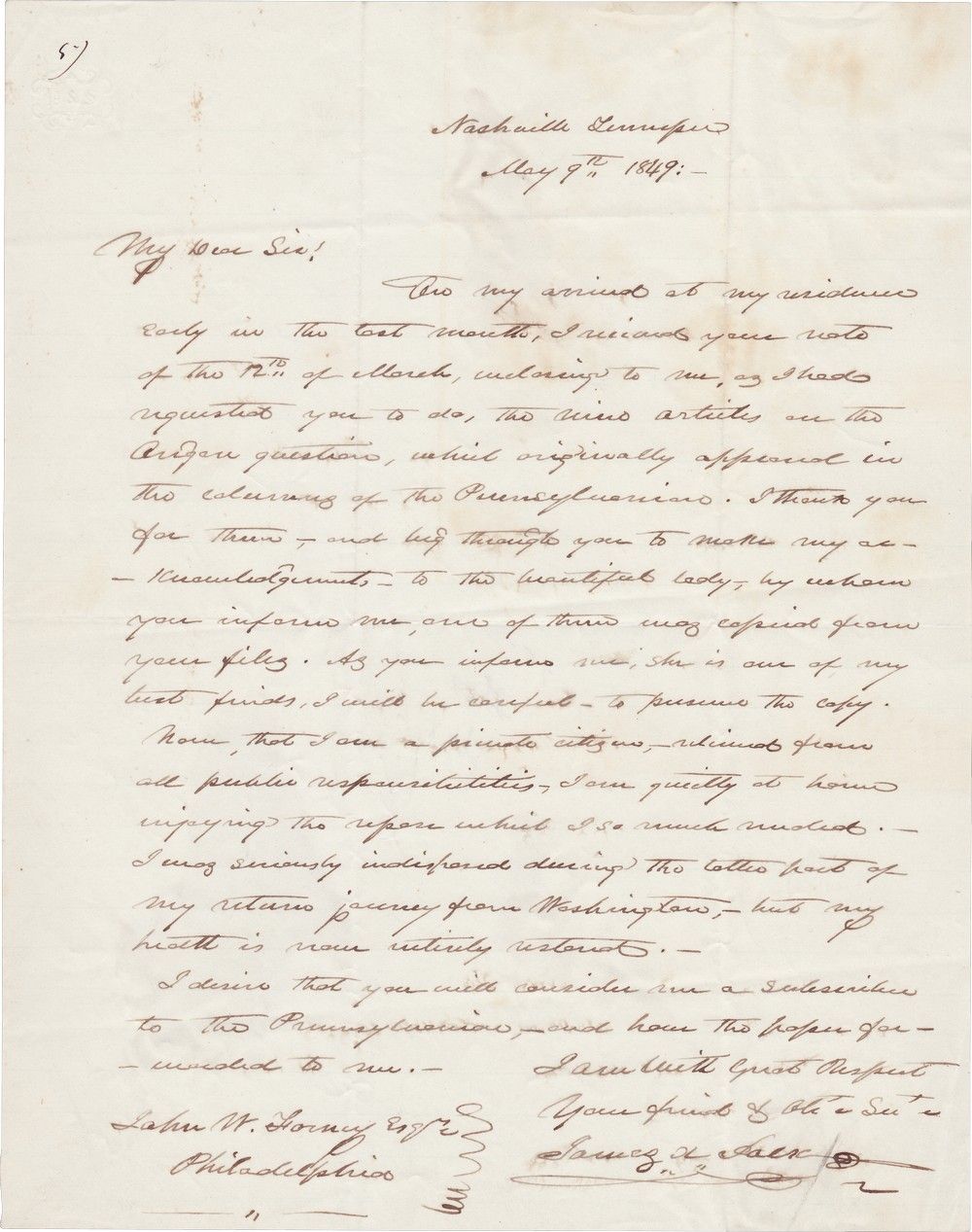 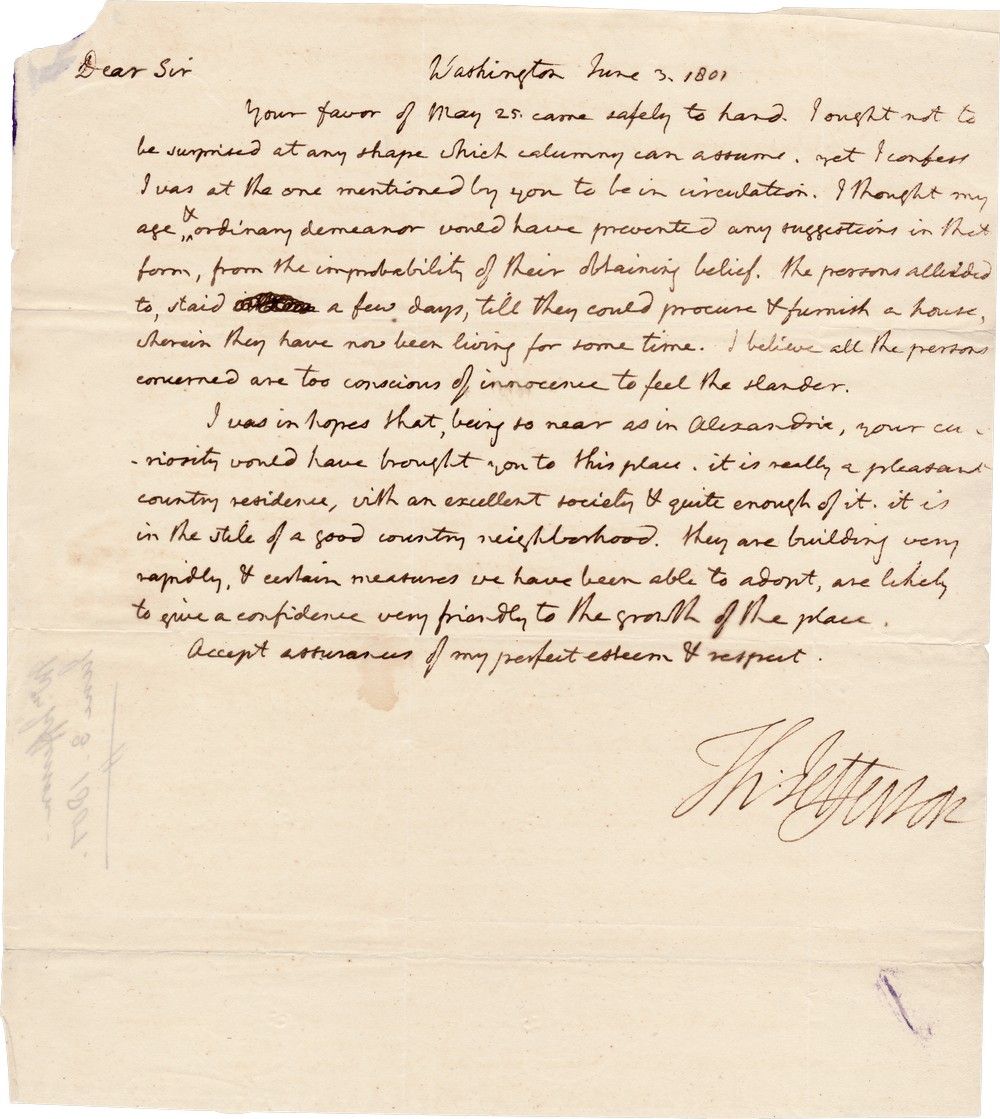