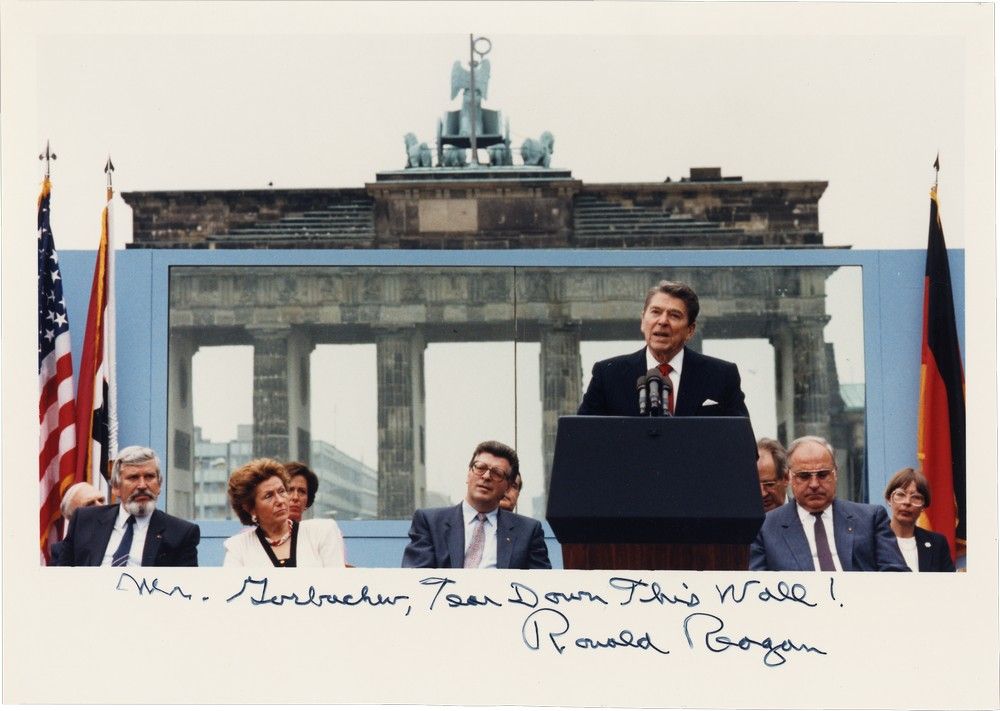 On Friday, June 12, 1987, Ronald Reagan, standing in front of the Berlin Wall that divided Germany into free and communist sectors, spoke 2,703 words, of which four will forever identified with his legacy. “Mr. Gorbachev,” he demanded,

“Tear down this wall!”
These are words that Reagan had been saying, in one form of another, ever since he first spoke out against communist tyranny in 1946. He was just an actor then, and politically, nothing more than a Board Alternate in the Screen Actors Guild. And far from being a right-winger, his name still endorsed causes listed in the People’s Daily World. But when Reagan got up that night in 1946, and spoke for forty minutes, he made a startling discovery. Denouncing fascism, he was cheered – twenty times, he recalled. Yet a single solitary paragraph condemning communism, hastily tagged on to the end, met with stony silence. Both fascism and communism, he felt, were totalitarian evils – why the hero for castigating one, and the goat, for the other? That was when he stopped talking, he said, and started thinking. He became an anti-Communist progressive, then a Truman Democrat; an Eisenhower Republican, then a Goldwater Republican and finally, the triumphant leader of the Conservative movement. What didn’t change, however, for a nanosecond, was his conviction that Communism was a sad, bizarre chapter in human history whose last pages were ever being written. Reagan’s persistence in this belief, and his tireless work to effect the end of what he famously dubbed “the Evil Empire”, was the keystone of his career – and the reason for Mr. Gorbachev, ultimately, tearing down that wall.
Signed Photo, in color, small oblong octavo, depicting the President speaking before the Brandenburg Gate at the Berlin Wall in June 1987; inscribed with an Autograph Quote.
8x10inches.
Read More 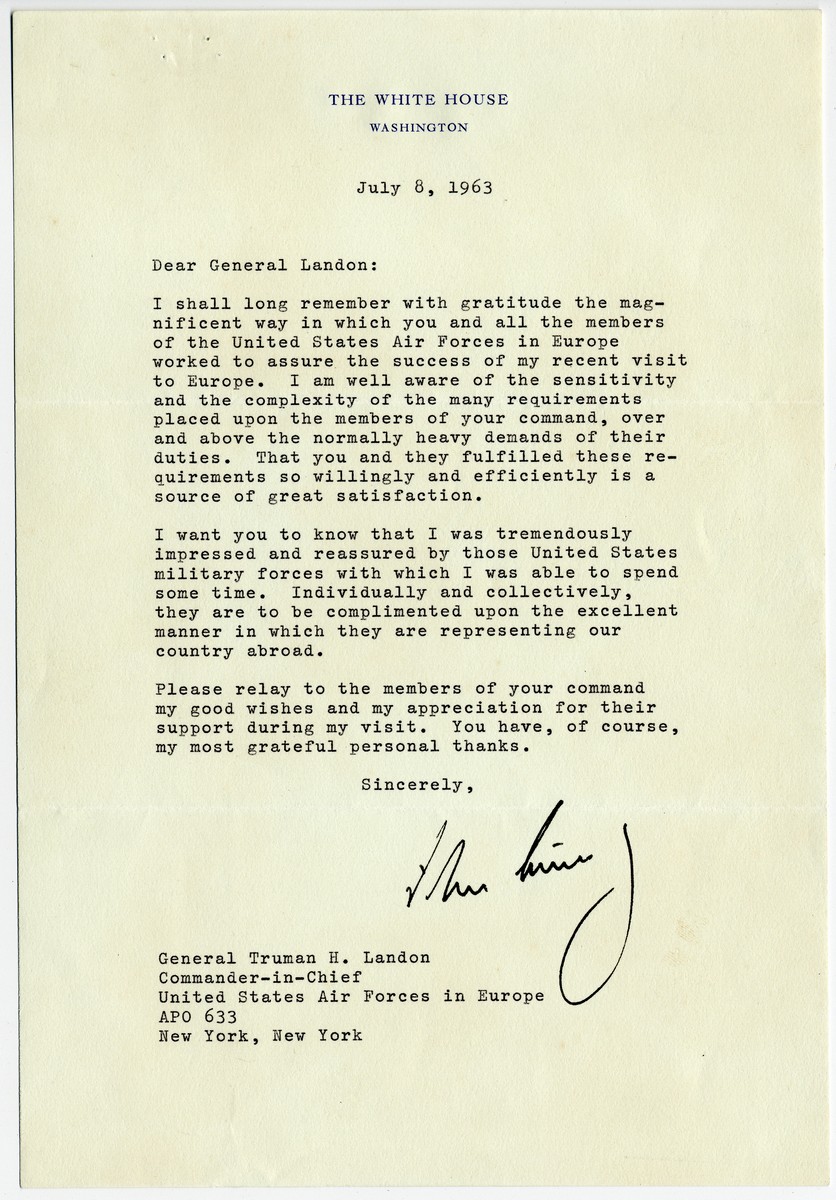 Mr. Gorbachev, Tear Down This Wall ! 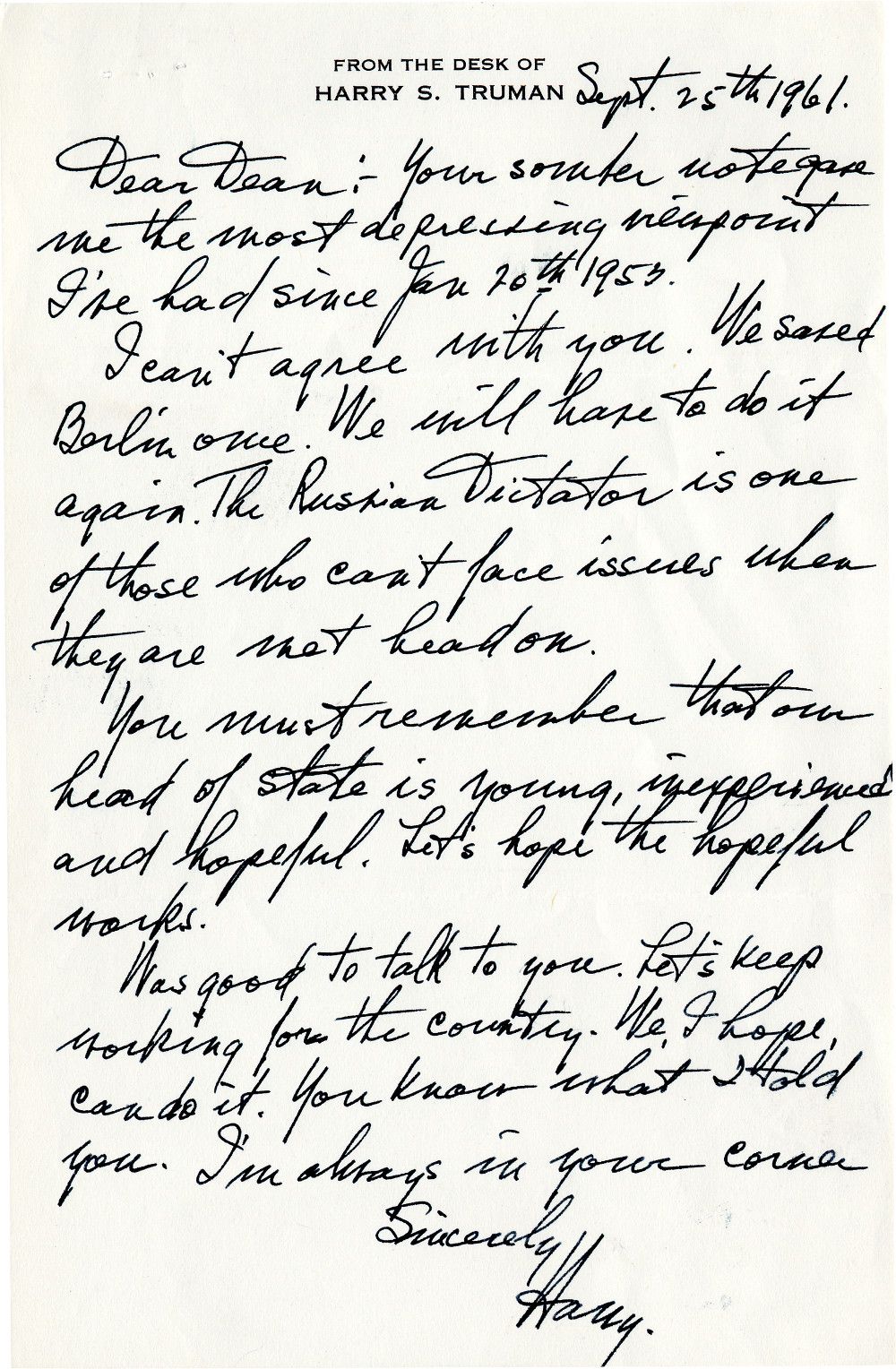 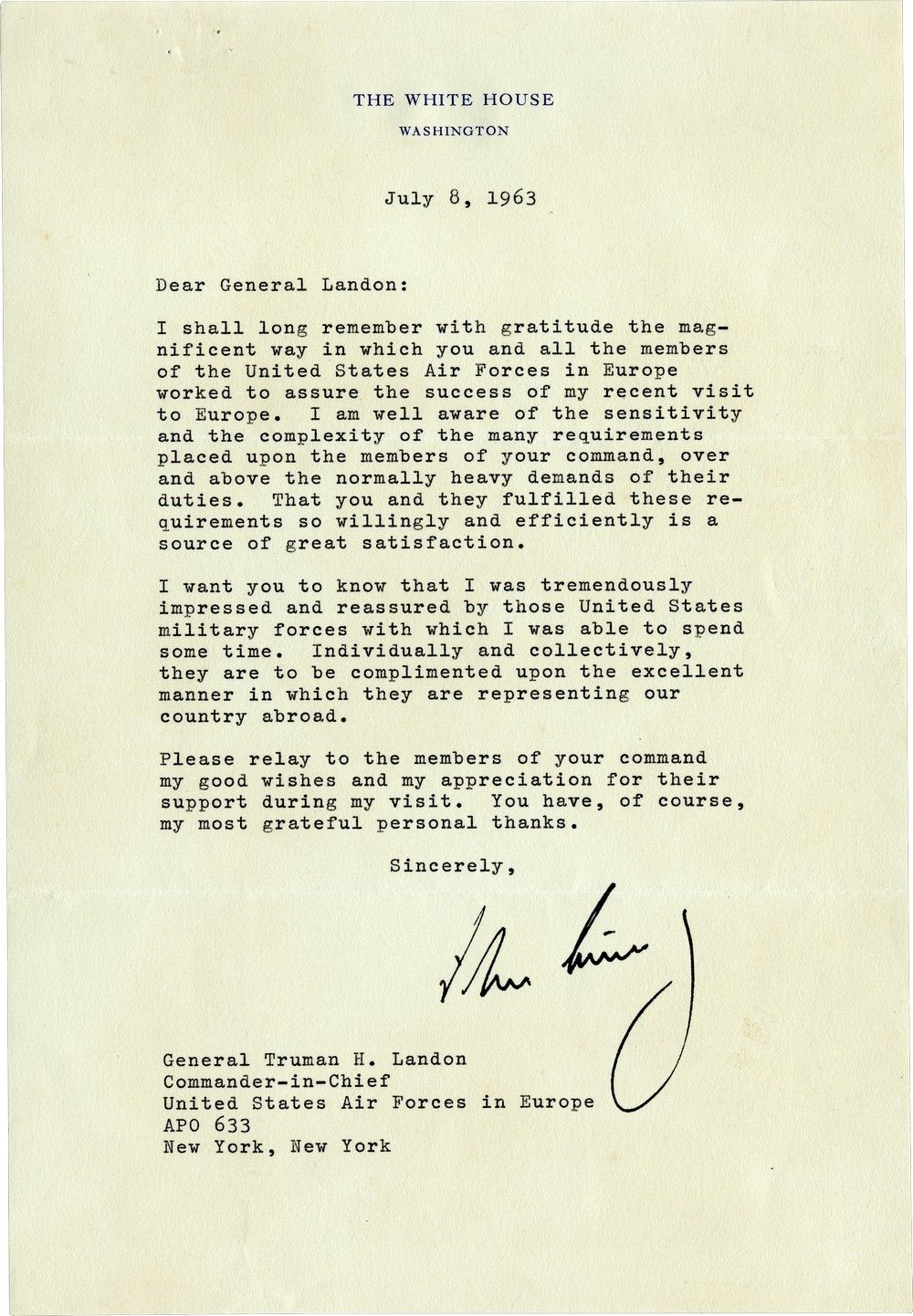