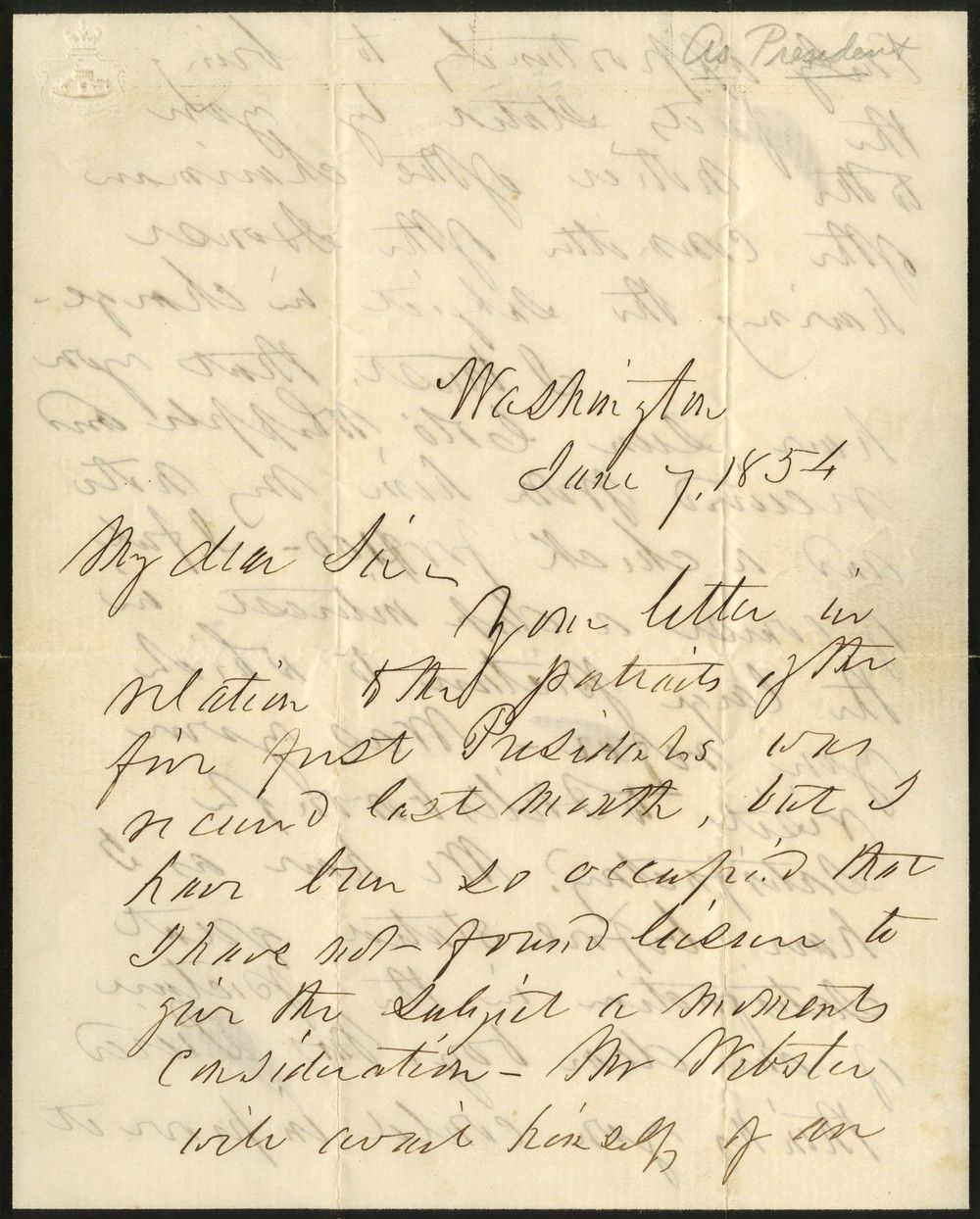 Pierce has received Carpenter’s letter “in relation to the portraits of the five first Presidents” but hasn’t had time to give the matter his consideration. His secretary, Webster, will bring the facts stated by Carpenter to the notice of the Chairman of the House Committee hearing the subject. Pierce expresses deep interest in “the large picture to which you refer," inquires about Carpenter’s visit to the Pierce homestead, and comments again, he notes, on the great satisfaction he and Mrs. Pierce take in Carpenter’s portrait of his dead son – painted from a daguerreotype following the boy’s tragic death in 1853. Mrs. Pierce, however, believes it could be improved by re-touching. Pierce closes with a discussion of Carpenter’s portrait of himself (now lost): he regards the picture “as the only good likeness” and “as there have been so many wretched engravings” desires “that a perfect copy or State should be taken from it.”

Carpenter, who is best remembered for his epic fifteen-foot wide depiction of Lincoln reading the Emancipation Proclamation to his Cabinet (“First Reading of the Emancipation Proclamation of President Lincoln”), also did other Lincoln portraits: of the President alone, with Tad, and a group portrait of the family. These were not his first presidential portraits, however, but his last. In 1852, he had painted Millard Fillmore, and then was commissioned to paint Presidents Pierce and Tyler – both, apparently, in the White House. His painting of Lincoln caused him to virtually take up residence in the White House State Dining Room – a sojourn about which he wrote a book, Six Months at the White House, which famously went into sixteen editions (called, after 1868, The Inner Life of Abraham Lincoln).
Autograph Letter Signed, as President, 3 pages, recto and verso, quarto, Washington, June 7, 1854. To Francis Bicknell Carpenter.
Read More 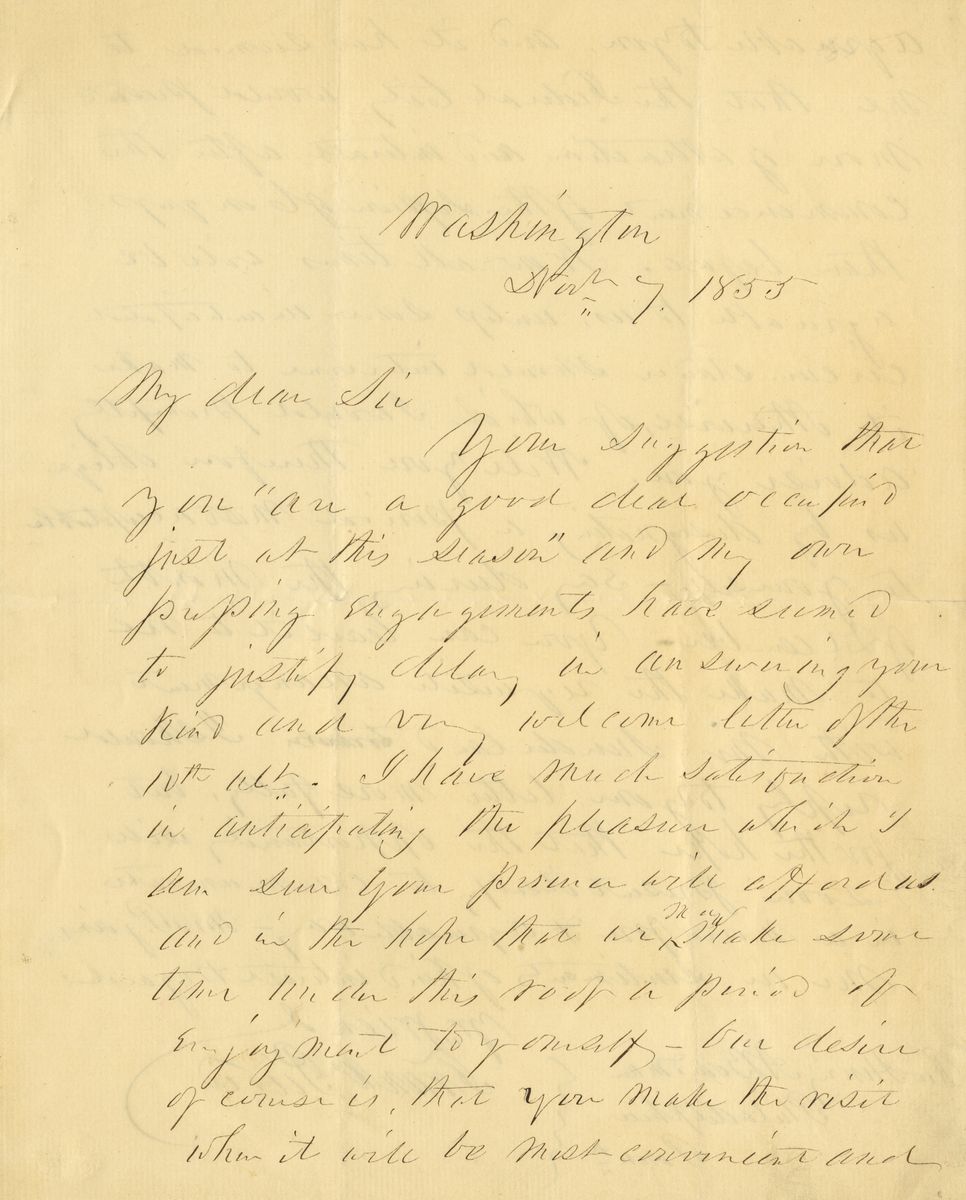 Your letter in relation to the portraits of the five first Presidents was received last month, but I have been so occupied that I have not found leisure to give the subject a moments [sic] consideration -- Mr Webster will avail himself of an 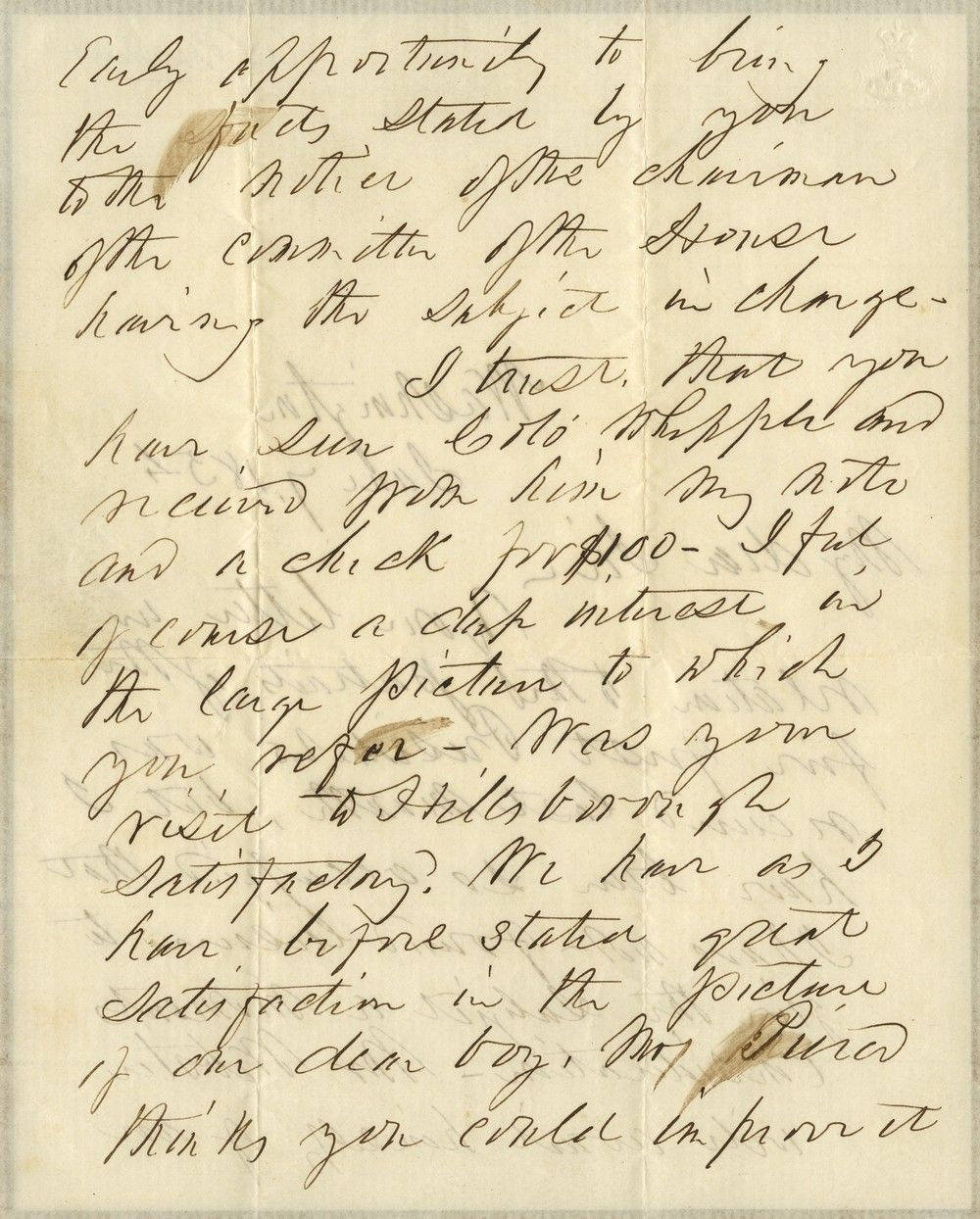 I trust, that you have seen Colo. Whipple and received from him my note and a check for $100 -- I feel of course a deep interest in the large picture to which you refer -- Was your visit to Hillsborough satisfactory? We have as I have before stated great satisfaction in the picture of our dear boy. Mrs. Pierce thinks you could improve it 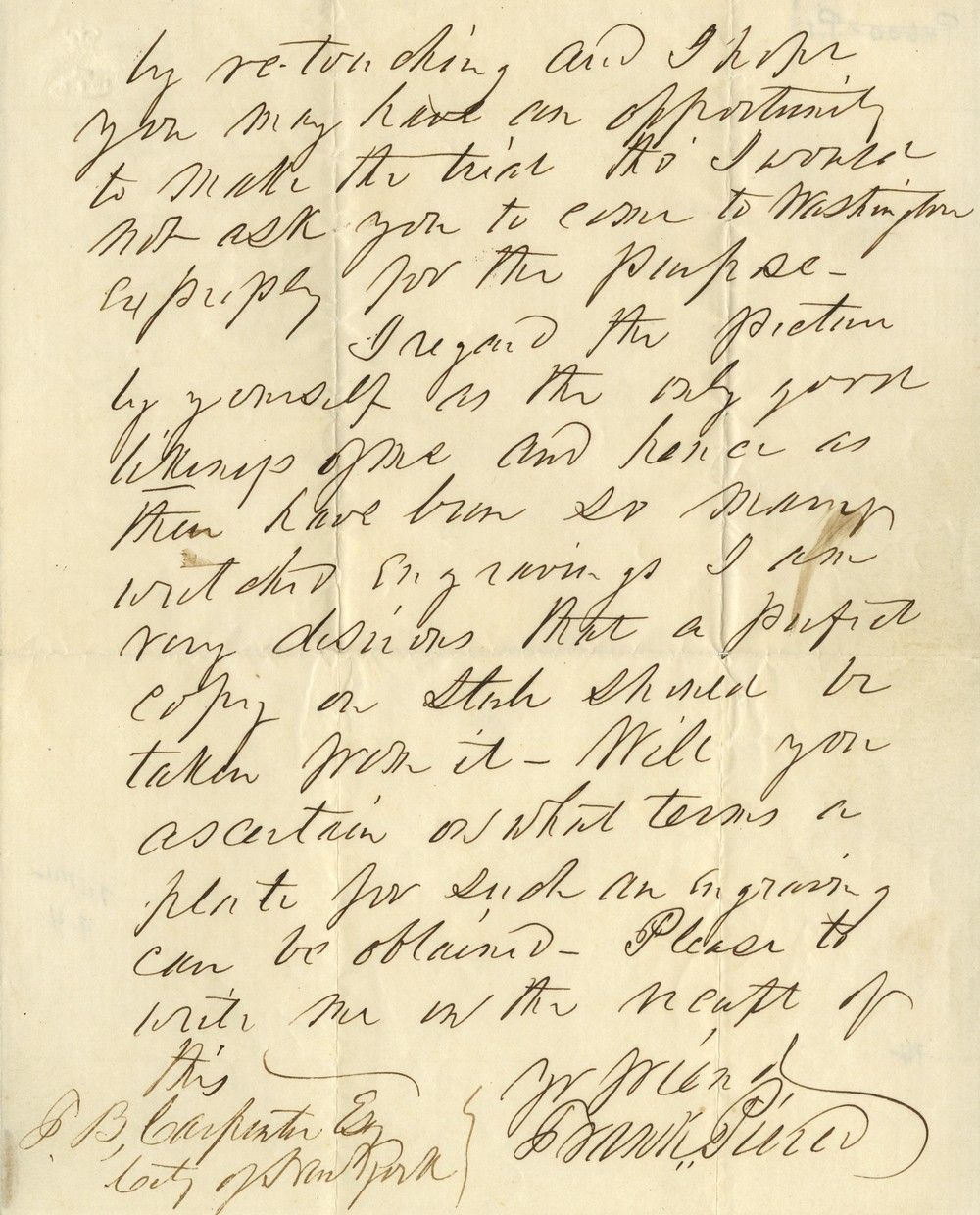