Millard Fillmore in Defeat: "I Would Rather be Right Than President" 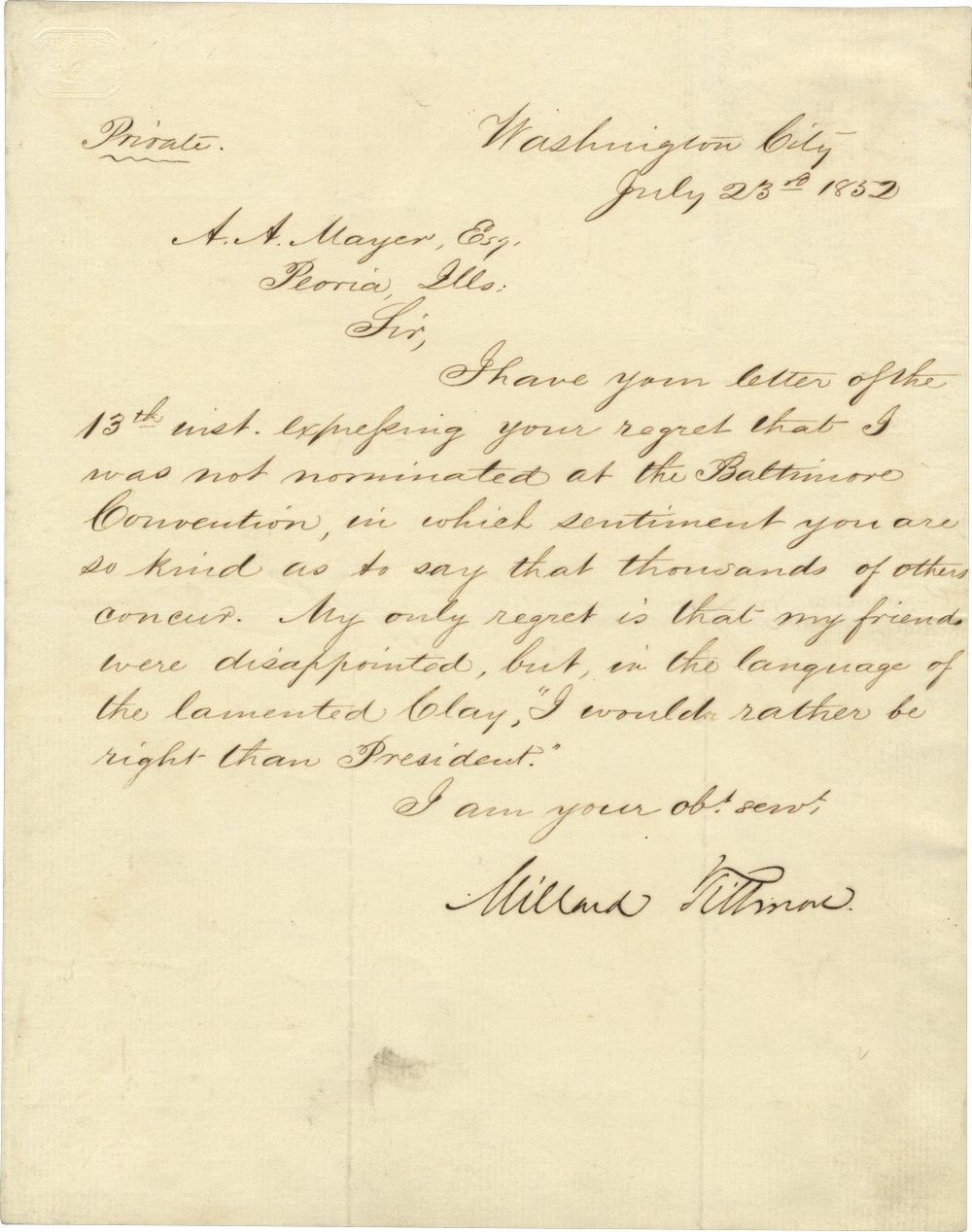 Having lost the nomination of his party, on the 53rd ballot, to Winfield Scott, Fillmore still managed to see the 1852 Whig convention in Baltimore frame a platform that endorsed the Compromise measures of his administration – and so walked away, he says here, satisfied to “be right” rather than President.
Autograph Letter Signed, as President, headed “Private." 1 page, quarto, Washington City, July 23, 1852. To A. A. Mayer in Peoria, Illinois.
Read More

I have your letter of the 13th inst. expressing your regret that I was not nominated at the Baltimore Convention, in which sentiment you are so kind as to say that thousands of others concur.  My only regret is that my friends were disappointed, but, in the language of the lamented Clay, "I would rather be right than President."

I am your obt. servt,