McCulloch was not Lincoln’s first choice for Treasury Secretary, when Fessenden left the cabinet to return to the Senate; and the post of Treasury Secretary wasn’t Hugh McCulloch’s first choice of a job, either – the Department, he felt, had been so poorly run under Fessenden, that it would take a Hercules to clean it up. Here McCulloch tells House Speaker Colfax that he doesn’t want the job but fears, if it were offered, he would have to accept it – reluctantly. “You know that I have no desire to be Secretary of the Treasury” he says. “No one who has a proper appreciation of the responsibilities and difficulties that must rest upon  & dominate the financial minister of the Government upon the next four years - and is in any manner qualified for the office, can dismiss it.” Mindful, however, that previous Treasury Secretaries Chase and Fessenden were advocating his appointment, he concedes that “if the position were tendered to me, I might not feel at liberty to decline it (so strong is the public expression in my favor), but I should accept with extreme reluctance.”  Which is more or less what happened: Lincoln summoned him to the White House about two weeks later, McCulloch expressed doubt he was capable of the task, Lincoln said he would be responsible for that, and then pronounced the matter settled. Lincoln was, as usual, right on the money in his choice: McCulloch played a crucial role in stabilizing markets after the assassination, and stayed on to serve Johnson ably. Later, he came back, as Secretary of the Treasury, to serve Chester Arthur as well.
Autograph Letter Signed (“H. McCulloch”), as Comptroller of the Currency, marked “Private,” 1 page, quarto, Treasury Department Office of Comptroller of the Currency, Washington, February 16, 1865. To Speaker of the House Schuyler Colfax.

Accompanied by a Cabinet Photo, sepia, by Warren of Boston and Cambridgeport, Massachusetts
Read More 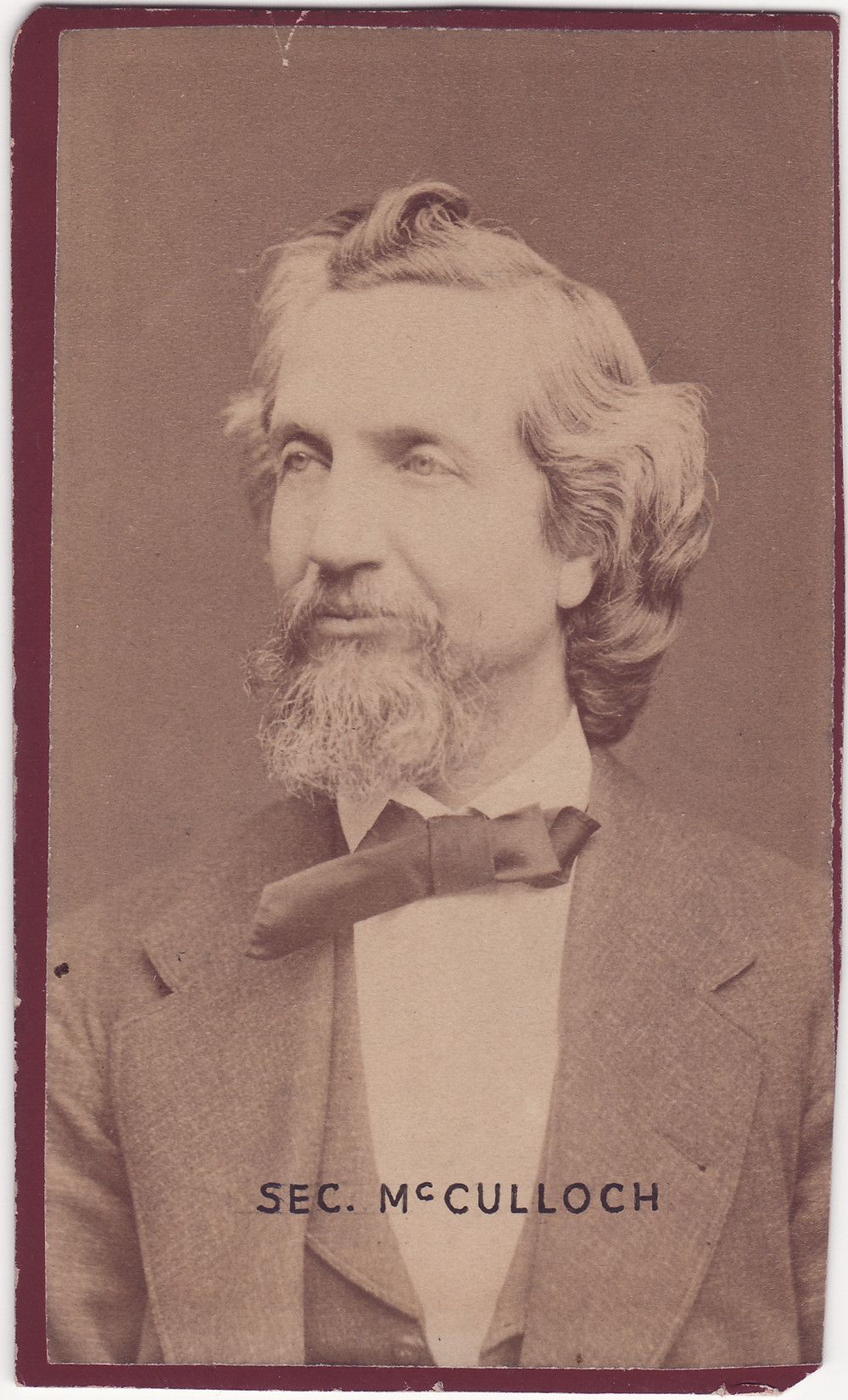 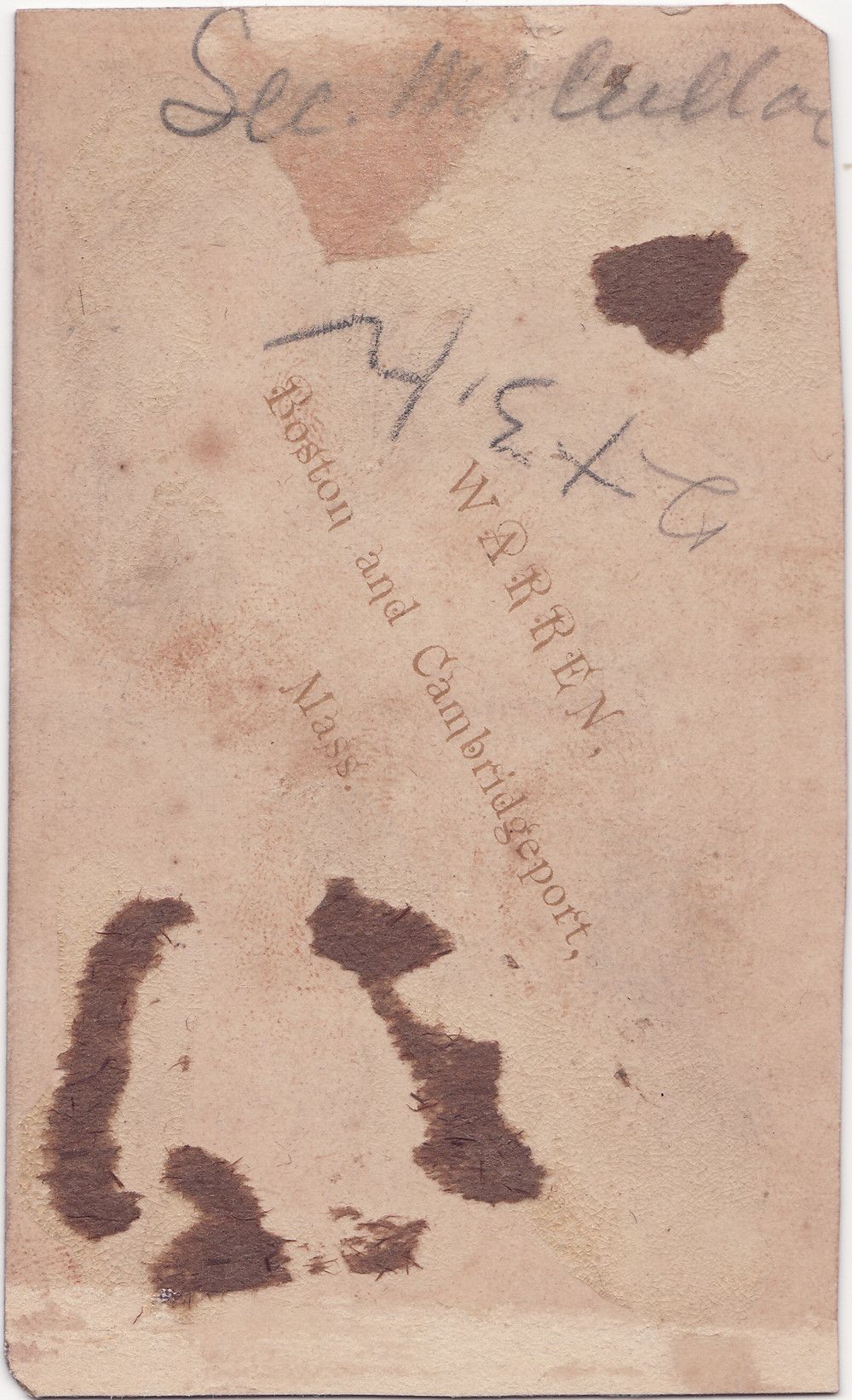 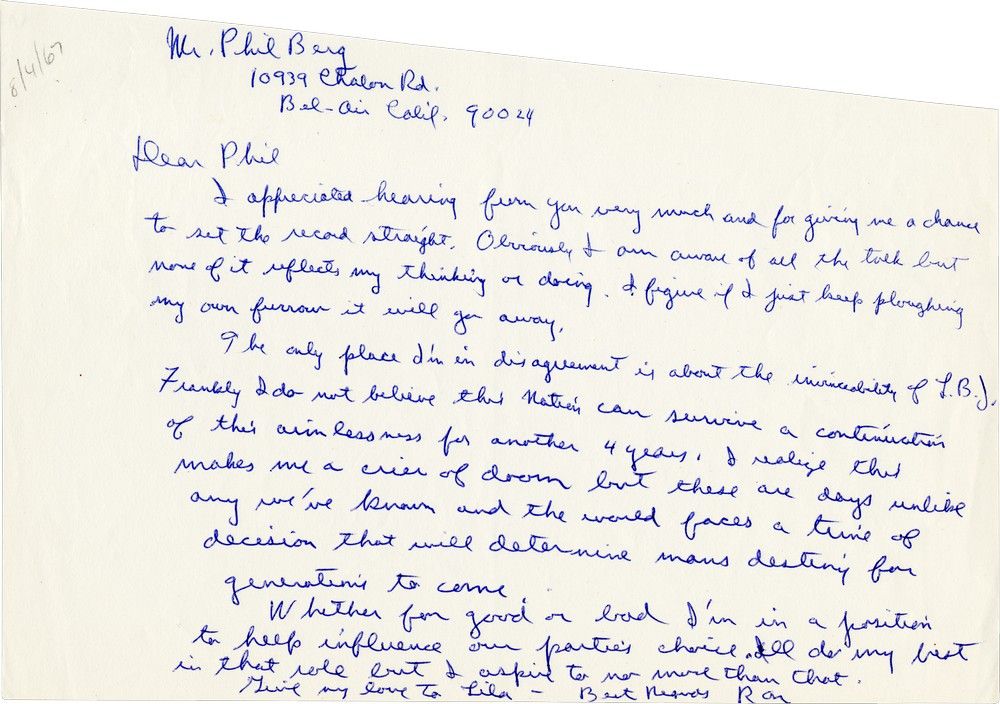 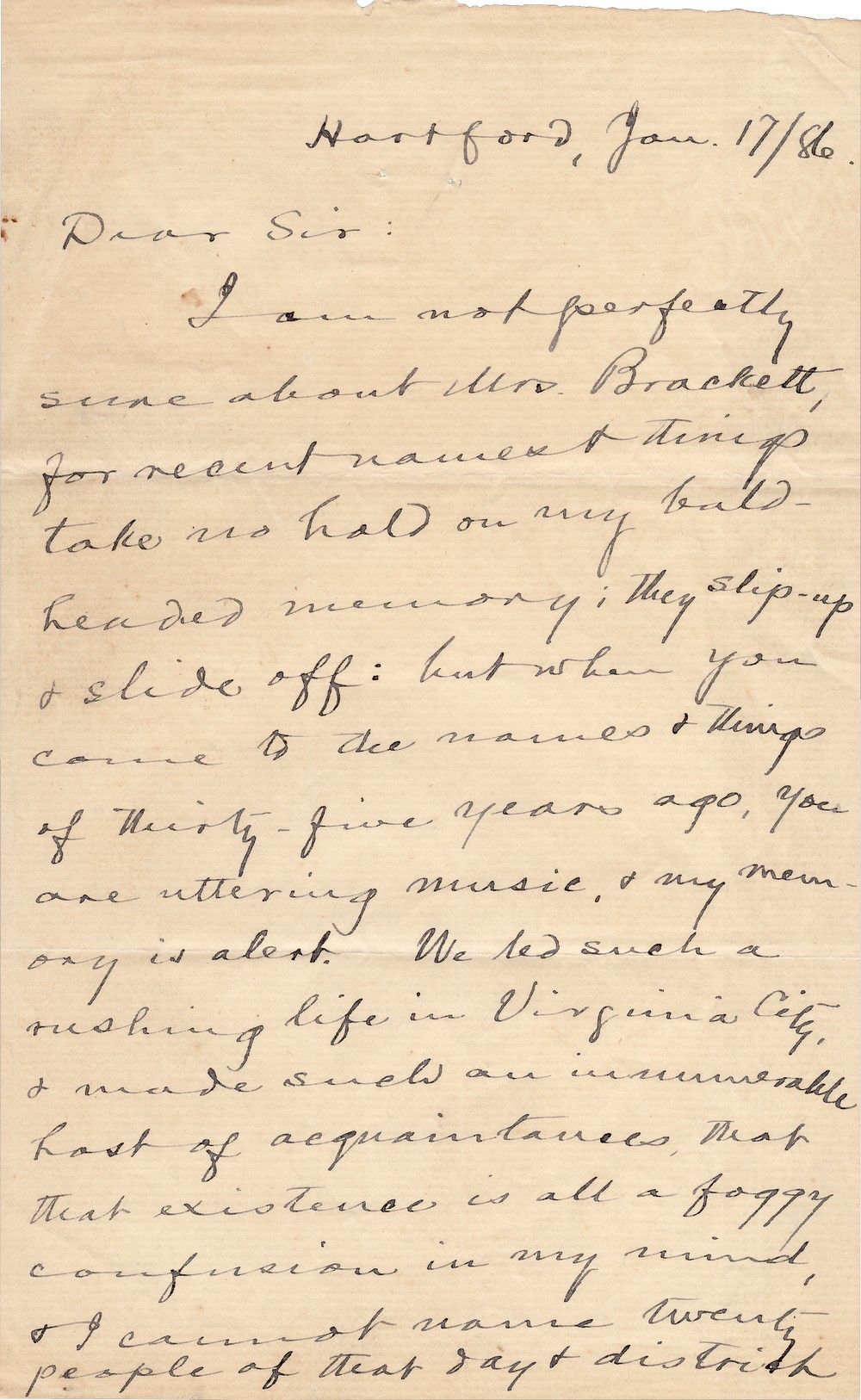