On Sunday afternoon, April 9, 1865, after four years of  Civil War, 630,000 deaths and over one million casualties, General Robert E. Lee surrendered the Confederate Army of North Virginia to Lieutenant General Ulysses S. Grant at the home of Wilmer and Virginia McLean in the town of Appomattox Court House, Virginia. The ceremony took an hour and a half. About 150 miles away, President Lincoln, with a small family party, steamed up the suddenly peaceful Potomac River to Washington. He sat in the cabin and talked, not of war or peace, but of Shakespeare. He read aloud from Macbeth, stopping at this passage:

"Duncan is in his grave.
After life's fitful fever he sleeps well;
Treason has done its worst; not steel nor poison,
Malice domestic, foreign levy, nothing,
Can touch him further."

His guests remembered this afterwards, how he lowered the book and seemed to brood, and then spoke in a rambling fashion  about how a murderer always came to envy the sleep of his victim. It was a bright sunny day, and at one point Lincoln gladly wrote out this note, that the River Queen's Captain Bradford might "be obliged as he... requests, so far as it can be done consistently with the public service." The idyll came to an end at 6:00 o'clock, with the steamer docking off Washington and the Lincolns driving home to the White House with two of their guests. Ahead lay the capitol, and Mrs. Lincoln suddenly burst out: "That city is full of our enemies!" Lincoln, in a rare  show of exasperation, raised his arm and voice in reply. "Enemies!" he exclaimed, "We must never speak of that."

Lincoln was murdered, by an enemy, within the week. This letter is the only one known to have been written on that wonderful, and horrifyingly prophetic, day.
Autograph Note Signed ("A. Lincoln"), as President, 1 page, small octavo, no place, April 9, 1865. Granting a favor, consistent with the public service, to one Captain Bradford.
Read More 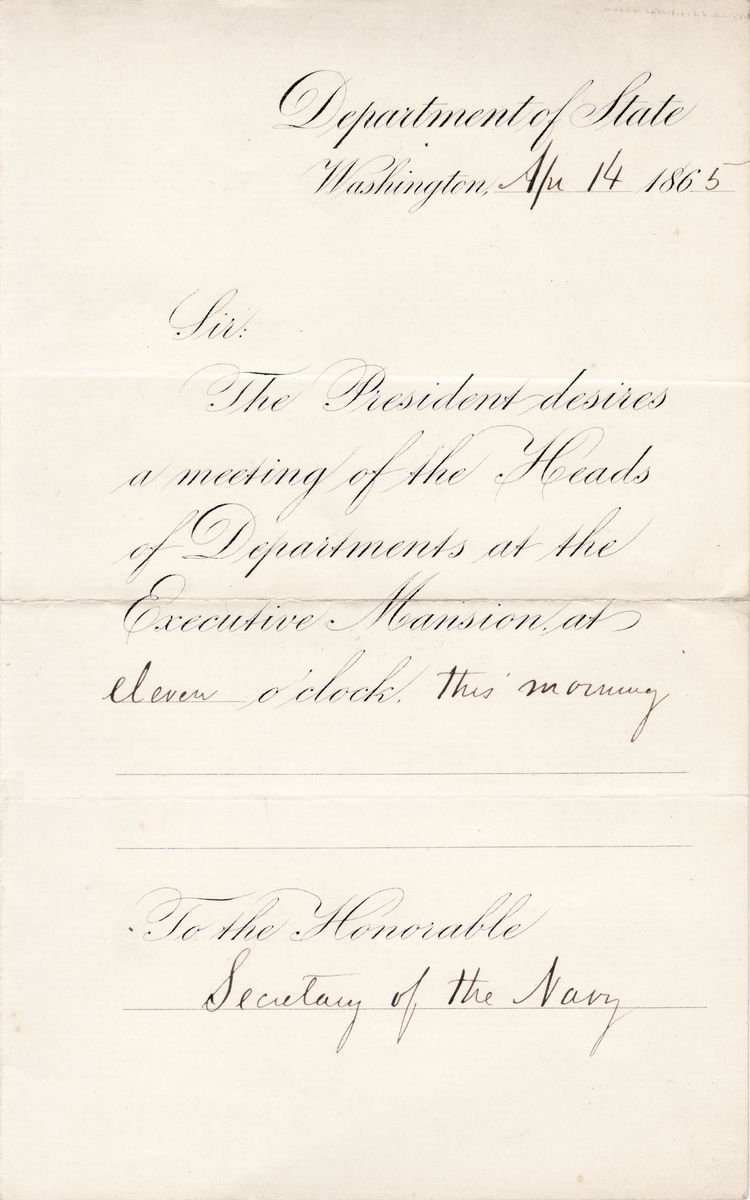 I shall be very glad indeed for Capt. Bradford to be obliged as he within requests, so far as it can be done consistently with the public service. 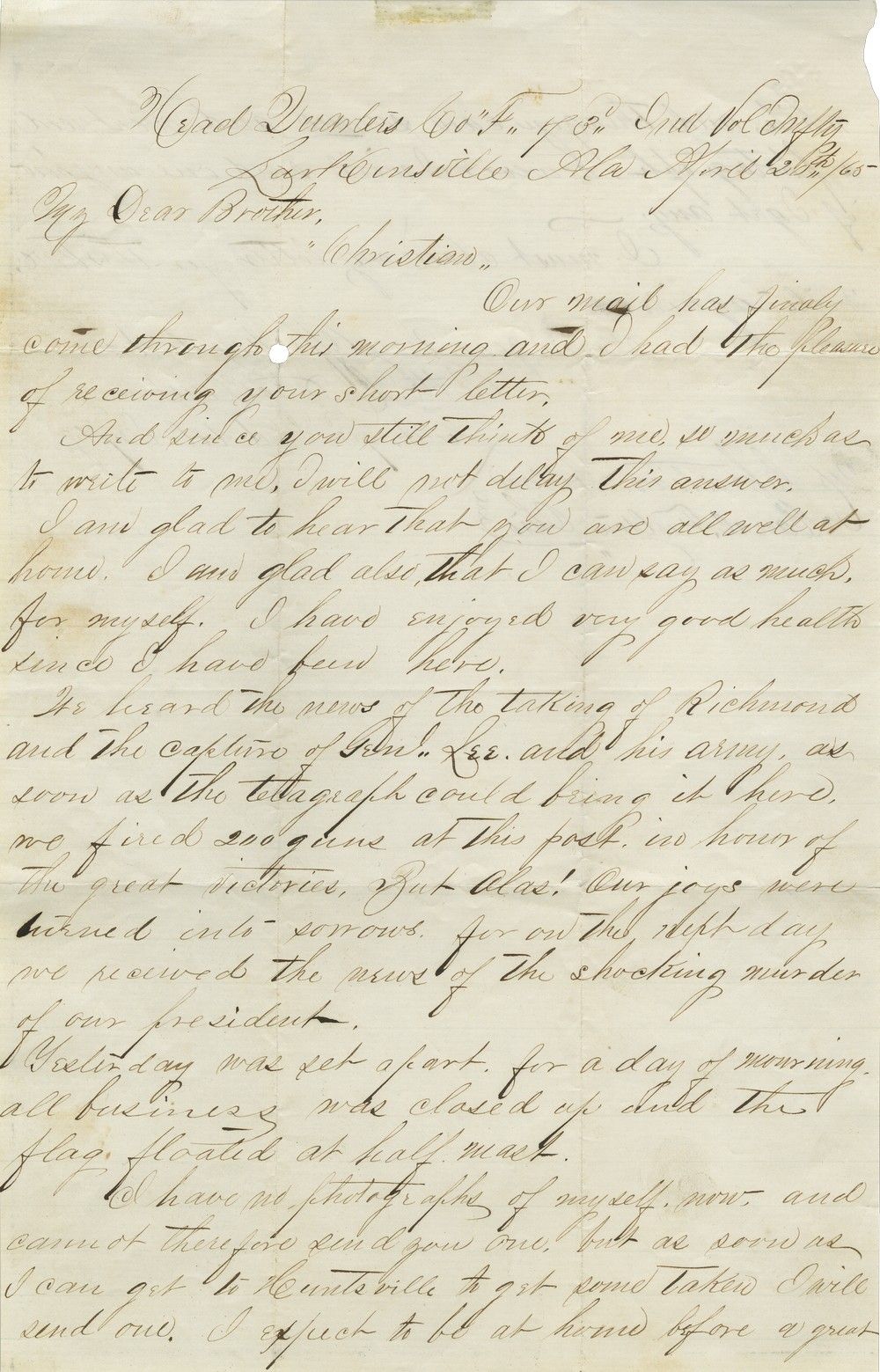 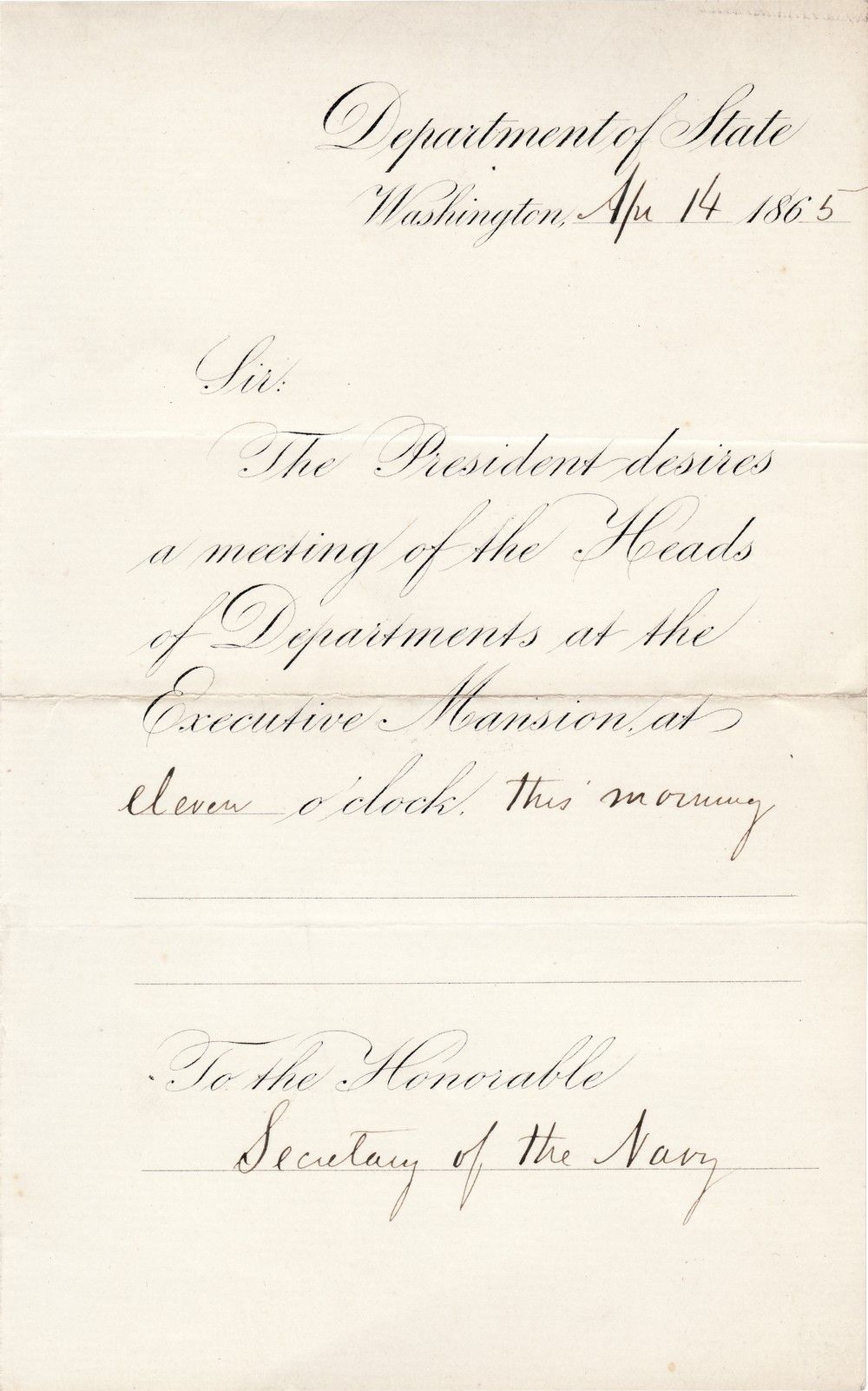