We have lots of Germans and Jews on board - but fortunately there are enough Christian gentiles to make it pleasant for us. The Strickneys, a family from Baltimore.... a son of Chas Francis Adams, a Col. Fredenberg... & a few others enable us to be quite independent of the sons of Jacob.

Athough McClellan has not been characterized in the literature of his life and times as an anti-Semite, this letter shows otherwise.
Autograph Letter Signed, 3 pages, octavo, no place, Saturday 28th, no month or year [circa August 1875]; to his father-in-law, Col. R. B. Marcy.
Read More 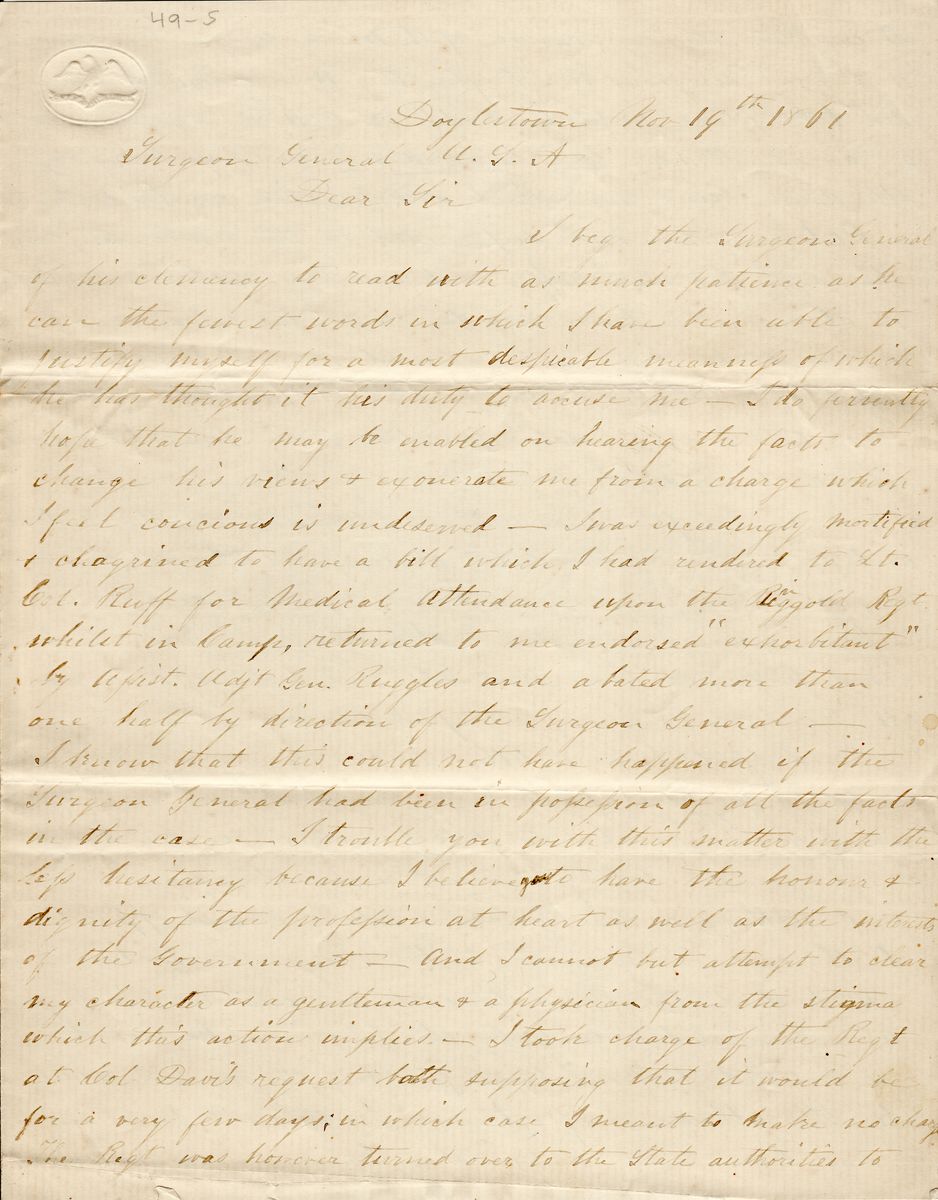 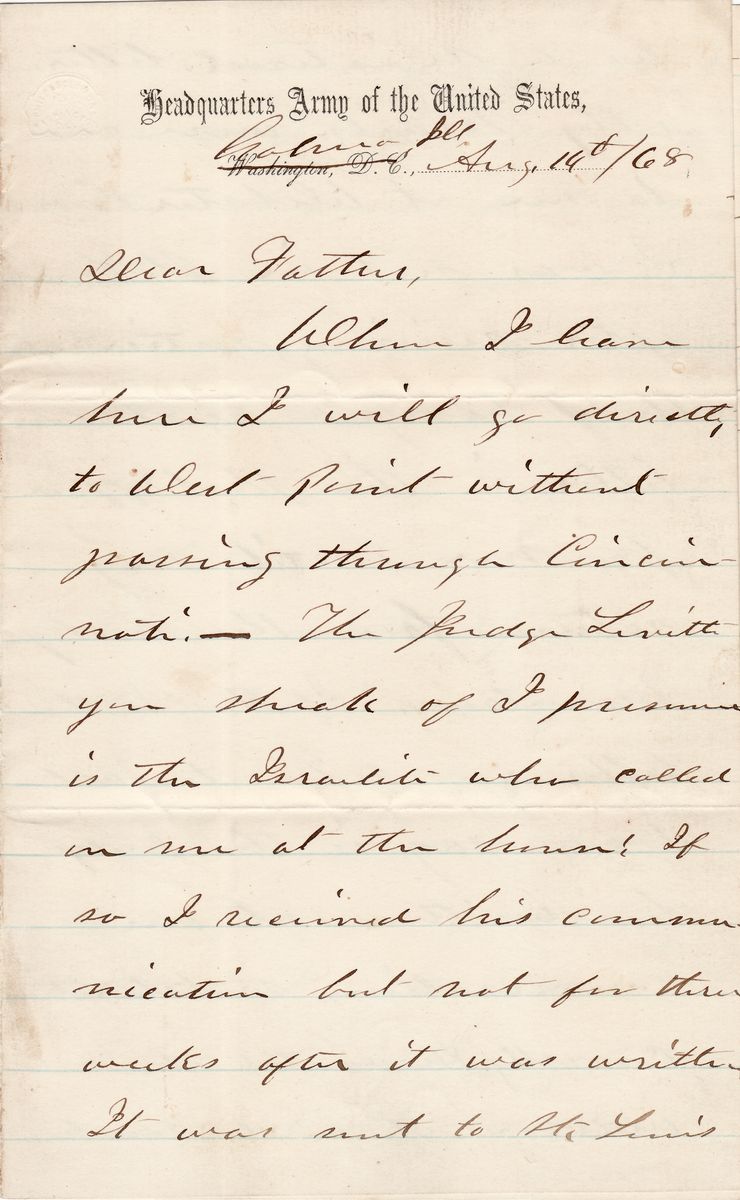 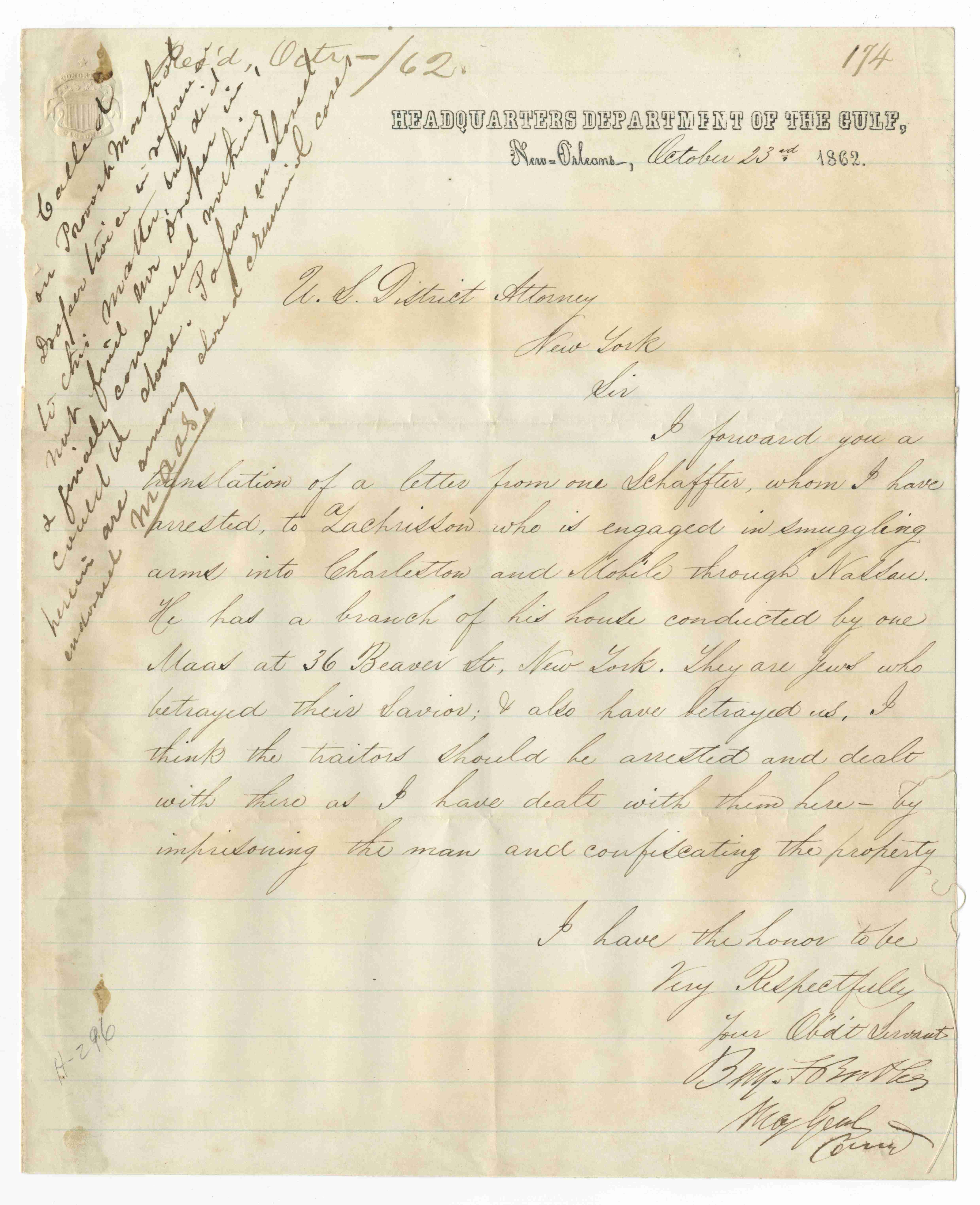 We are pushing along in a quiet way with the expectation of reaching Plymouth some time tomorrow P.M. . The first day or two out we had a great deal of thick fog which delayed us very much - then three or four nights ago some wretch's pantaloon got caught in the suction pump, & that [...] a delay of some 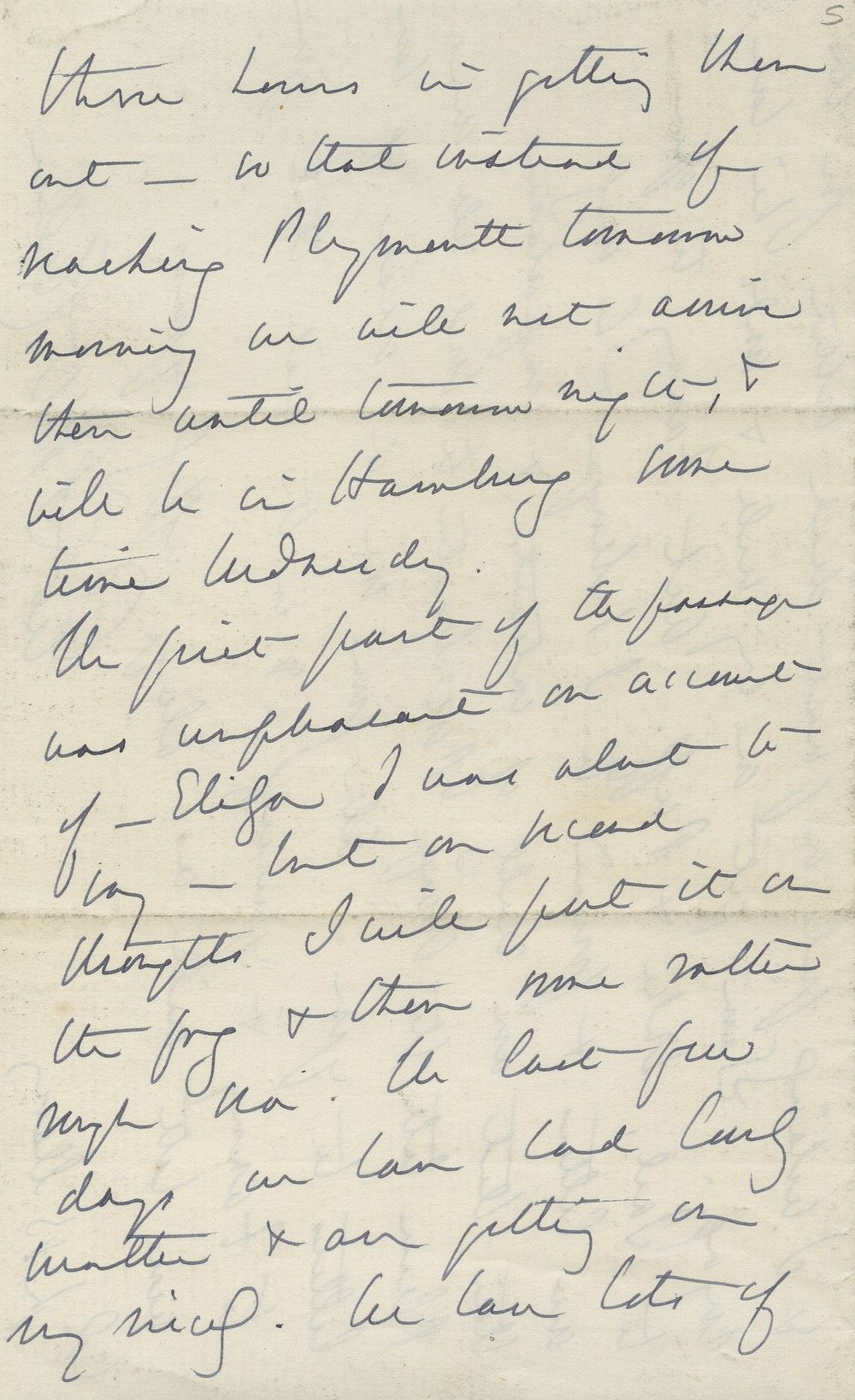 three hours in getting them out - so that instead of reaching Plymouth tomorrow morning we will not arrive there until tomorrow night, & will be in Hamburg some time Wednesday.

The first part of the passage was unpleasant on account of -  Elija I was about to say - but on second thoughts I will put it on the fog & then [...] matter [...] The last few days we have had [...] weather & are getting on very nicely. We have lots of 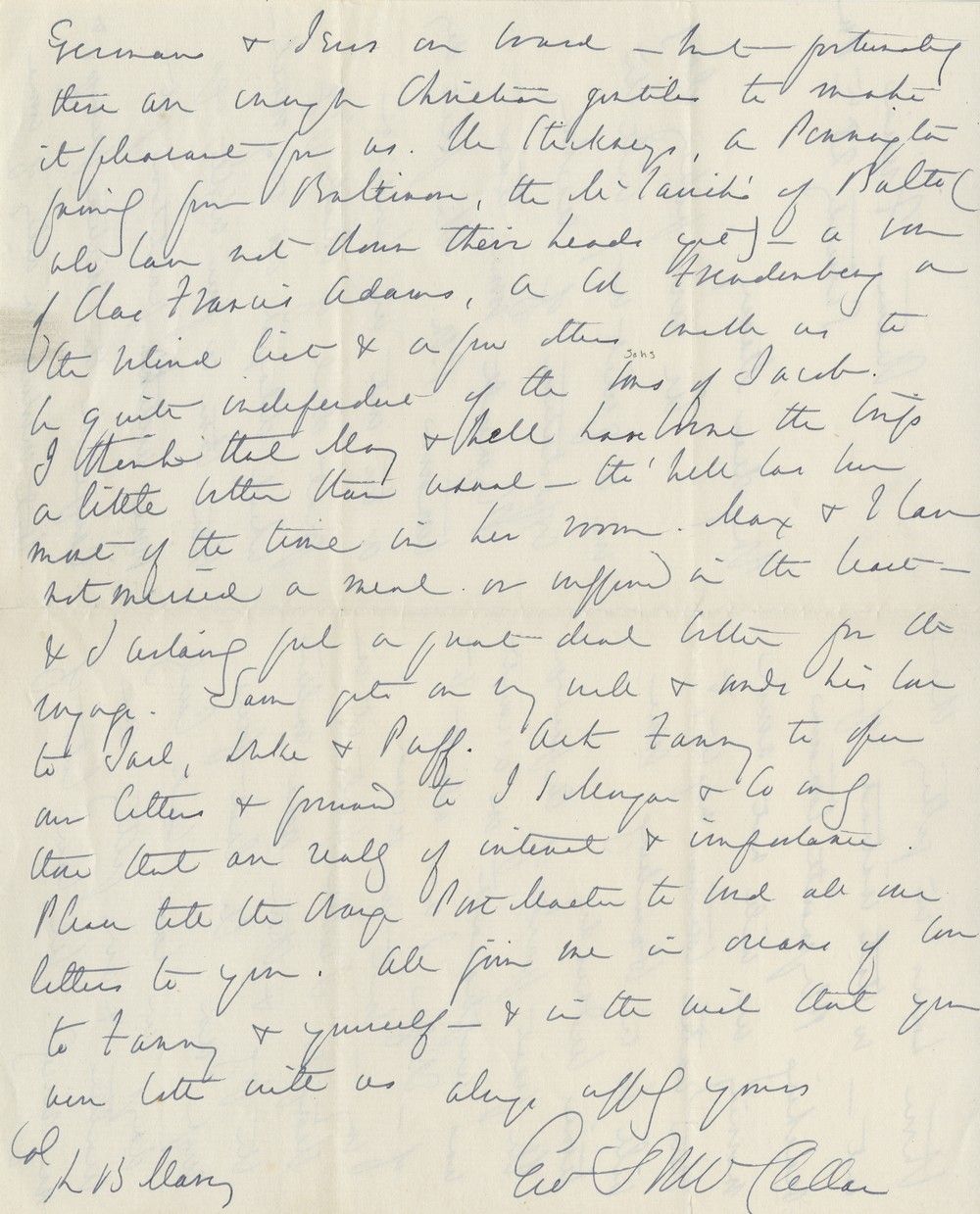 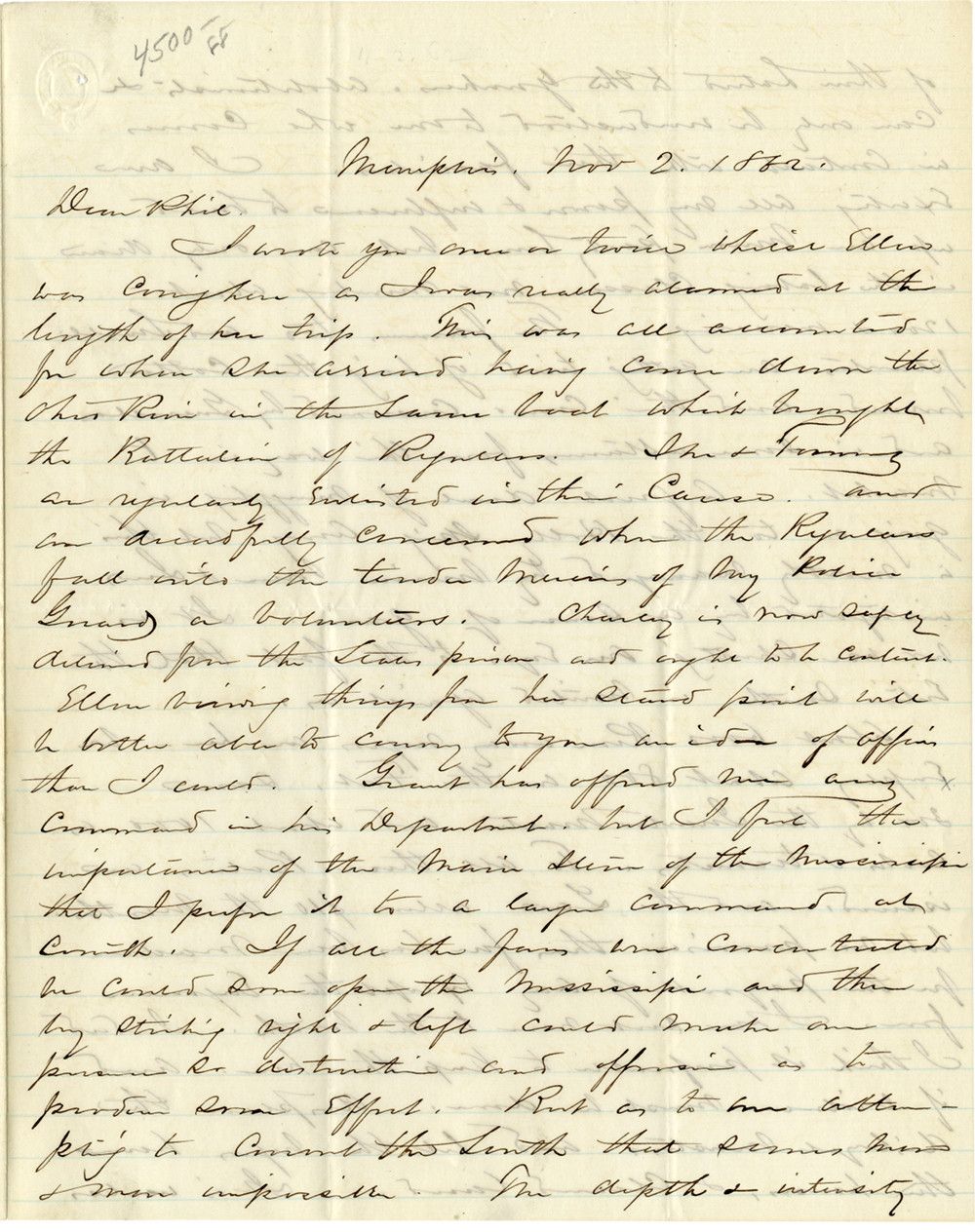