Primarily concerned here with Attorney General Butler’s also taking over as Secretary of War, Jackson makes two predictions: one unluckily right, and the other, luckily wrong.

Emily Donelson, his niece and White House hostess, has had “a severe hemorrhage from the lungs," he writes, and is further weakened by “a nausea at the stomach, and a disposition to vomit”; he fears she will not recover. Jackson was right; she died in December, at the age of 28. The loss was shattering, and made him long to quit the White House.

He was wrong, however, about the margin by which his Vice President and chosen successor, Martin Van Buren, would win in 1836. “Van Buren will be elected,” he predicts, “by a larger majority than any president before him with the exception of Washington.” Wrong: he won handily, but not nearly as convincingly as Jackson, just four years before.
Autograph Letter Signed, as President, 3 pages, recto and verso, quarto, Washington, October 4, 1836.  With Free Franked integral address leaf. To Attorney General B.F. Butler in New York.
Read More

Governor Cass has this day handed me his resignation and I have appointed Mr Harris to act as Secretary of War until another is appointed.

From the conversation I had with you on this subject, I rely upon your taking charge of that Department until the 4th of March next -- This combined with your duty as attorney General will be onerous -- Still I know your capacity & indefatigable industry competent to both, and as far as my abilities & health will permit, the burden shall be lightened. When can I expect you at Washington.

I am here without the aid 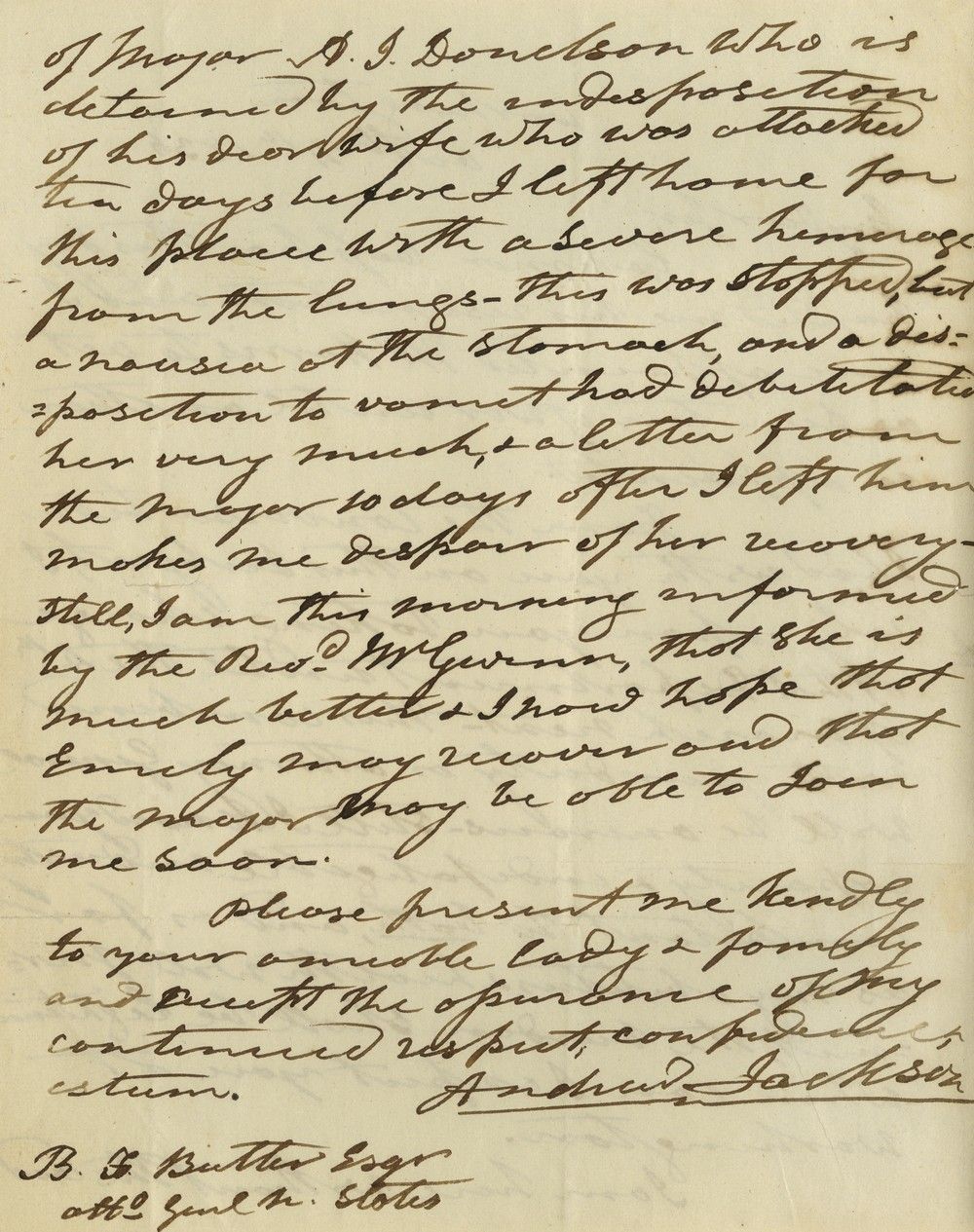 of Major A. J. Donelson who is detained by the indisposition of his dear wife who was attacked ten days before I left home for this place with a severe hemorrhage from the lungs -- This was stopped, but a nausea at the stomach, and a disposition to vomit had debilitated her very much, & a letter from the major 10 days after I left him makes me despair of her recovery -- Still, I am this morning informed by the Revd. McGovern, that she is much better & I now hope that  Emily may recover and that the major may be able to join me soon.

Please present me  kindly to your amiable lady & family and accept the assurance of my continued respect, confidence, esteem. 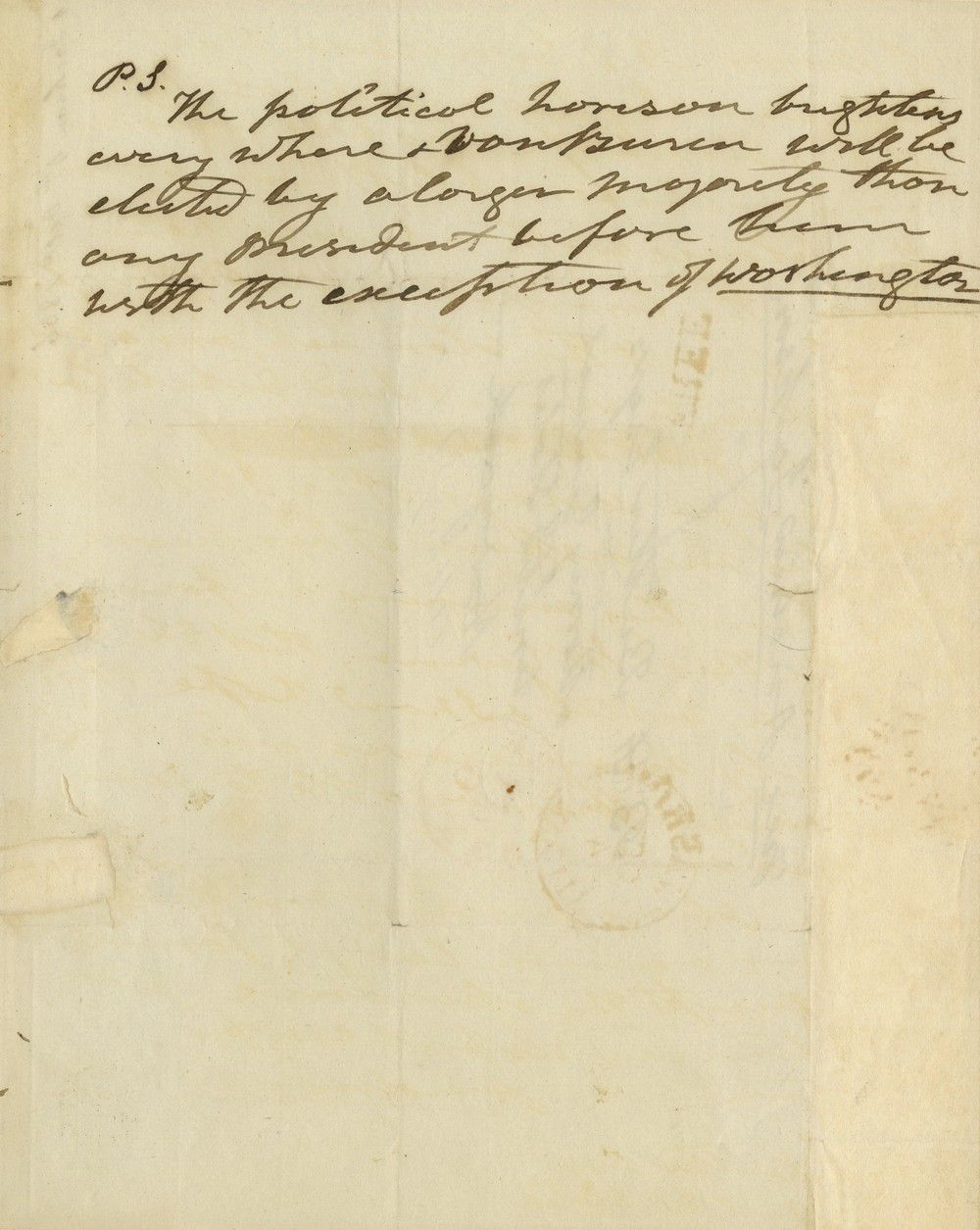 The political horison [sic] brightens every where & Van Buren will be elected by a larger majority than any president before him with the exception of Washington. 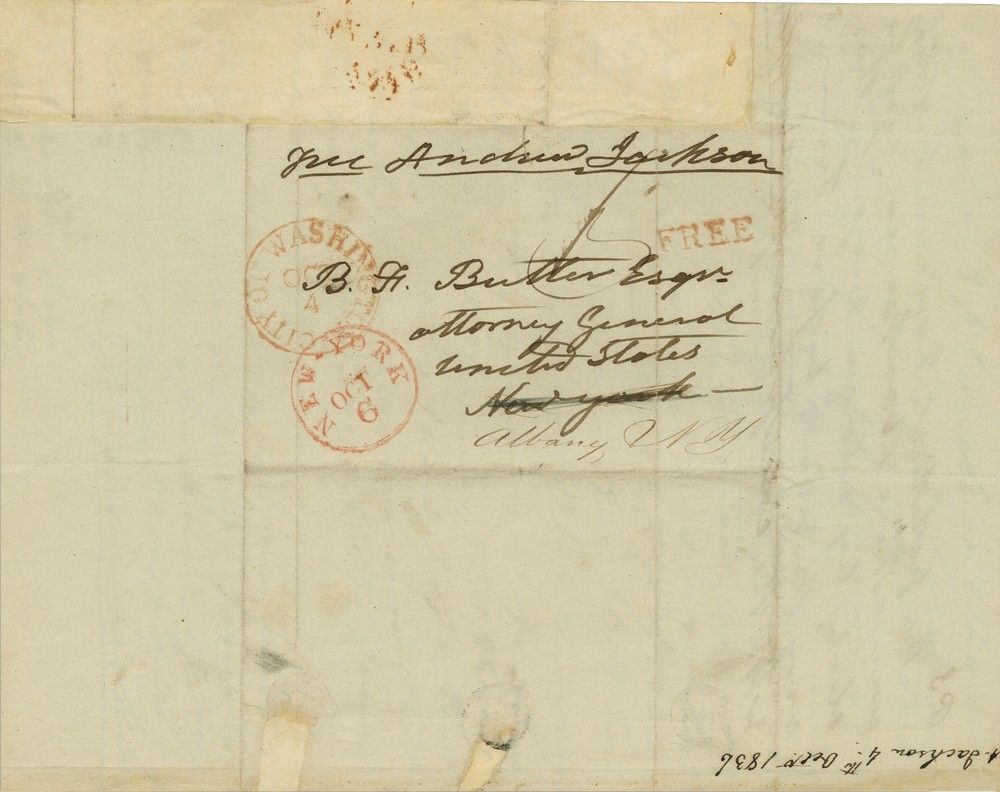